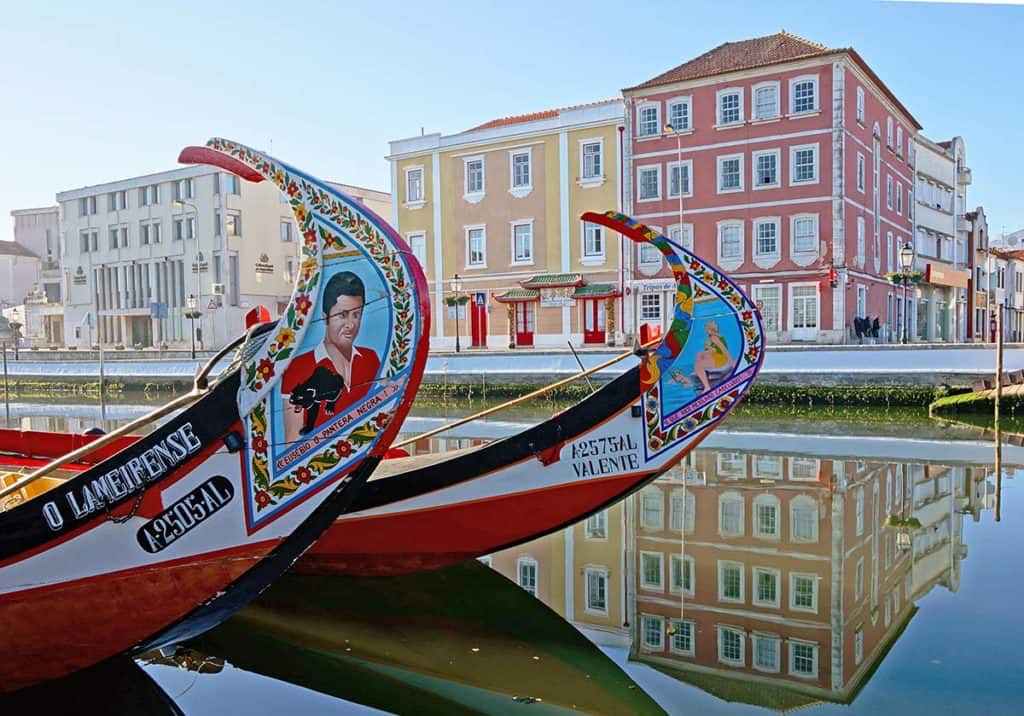 Aveiro is affectionately known as the Venice of Portugal

Known as the Venice of Portugal, Aveiro is surrounded by salt-flats, beaches and lagoons and dominated by the Central Canal running through the centre of town.

Famous for its moliceiros – typical fishing boats with gaily painted prows – Aveiro was once a busy and prosperous port town several centuries ago.

The silting up of the entrance to the harbour by deposits brought down by the River Vouga, combined with a build-up of sand from the sea, meant that by the end of the 17th century, following some exceptionally rough seas during a heavy storm, the port became landlocked.

In 1808 following another ferocious storm, a successful attempt was made to pierce an entrance to the sand-bar, but it was unlikely that Aveiro would ever become a major port again.

Visitors to Aveiro always enjoy a couple of hours at the municipal museum, housed in the former Jesus Monastery. It is full of exhibits relating to King Afonso V’s beloved daughter, Santa Joana, who died there in 1490.

Within a short walk of the museum stands the 15th-century São Domingos cathedral and Carmelite Church, decorated with paintings depicting the life of Saint Teresa. Also worth seeing is the Misericórdia Church, which dates back to the 16th century.

Nearby, just 8 km south of Aveiro, the small town of Ílhavo has an interesting maritime museum where the region’s long seafaring history is told through displays of vessels and other types of related equipment.

4 km further south lies the Vista Alegre Museum which traces the history of the famous porcelain from the 1850s to the present day.