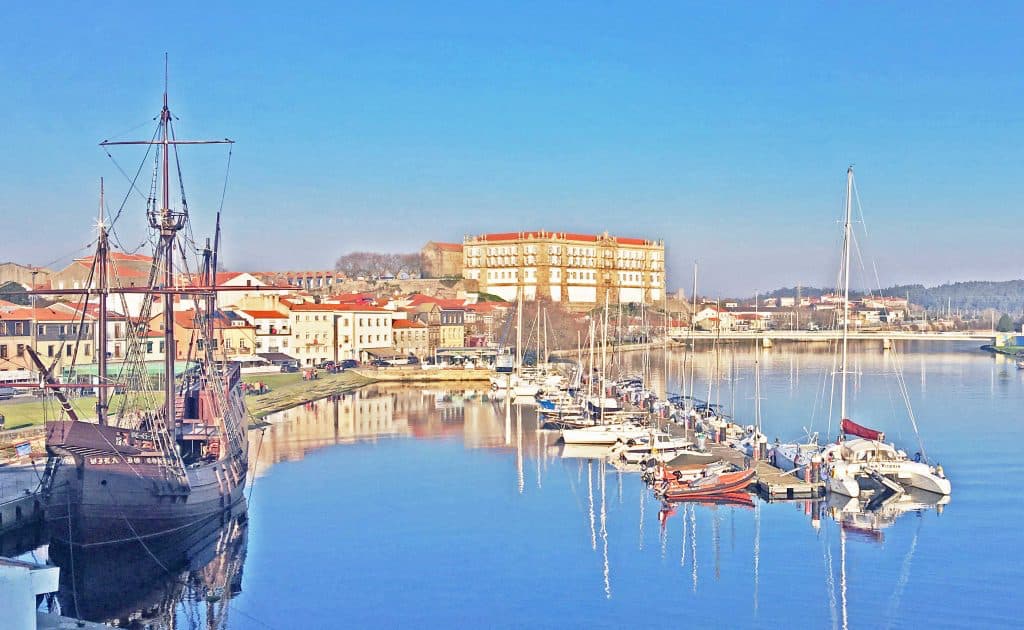 Sitting comfortably on the north bank of the River Ave at the point where it gushes out into the Atlantic, Vila do Conde is an old ship-building town of high nobility still blessed with much of its former aristocratic charm.

Located just 27 km north of the city of Porto, with a prime setting on northern Portugal‘s shoreline, the original settlement was fortified by a local count (conde, hence the town’s name) in the late 9th-century after which it fell rather fortuitously into the hands of the state.

The town subsequently prospered from trading and fishing under King João II and King Manuel I and its heyday was as an important maritime centre during Portugal’s golden Age of Discovery in the 15th and 16th centuries. But when the River Ave silted up in the late 18th century, the town fell into some decline.

Today, with its lively Friday market and atmospheric medieval quarter, it remains an active fishing port with the fine sandy beaches of Guia and Forno proving very popular with families during the long summer months.

A prominent bastion constructed in the style of the Bishop’s Palace in nearby Porto, the enormous Convent of Santa Clara was built of extremely satisfying proportions high on a hill above the River Ave. Founded in 1318, and largely rebuilt in 1778, it contains the tombs of the nunnery’s founders, Dom Afonso Sanches (son of King Dinis) and his wife Dona Teresa Martins.

The fountain in the cloister used to be fed by a long aqueduct built in the 18th century, much of which still remains, including some of the original 999 arches (note that the builders at that time thought that 1,000 arches would have offended God). A formidable sight on the edge of town, it was built to supply water to the convent’s 100 resident nuns from the village of Terroso 7 kilometres away.

Set beneath the gaze of the imposing convent in the heart of the old town, the early 16th-century church of São João Baptista features a wonderfully ornate Manueline portico crafted by João de Castilho, one of the premier architects in Portugal’s long and chequered history.

The town’s picturesque historic quarters retains much of its early flavour of prosperity and architectural beauty, particularly around Praça Vasco da Gama. Running north of the square, the elegant Manueline carvings of some of the houses and windows of the narrow, stone-paved Rua da Igreja echo the Renaissance wealth of old Vila do Conde.

Besides ship-building, Vila do Conde also has a thriving tradition for lace-making, an art-form kept alive at the local institute that actively promotes this refined art, the Escola de Rendas, which is installed on the premises of the Lace Museum in the centre of town.

10km north-east of Vila do Conde, the 13th century church of São Pedro de Rates boasts a magnificent rose window and some gracefully sculpted statues of saints. Nearby at Rio Mau, the church of São Cristóvão is the remaining part of an ancient monastery founded in the 11th century.

There’s much to see and do in this part of the Minho region, especially in summer. The nearby resort town of Póvoa de Varzim (just 3km to the north) offers sandy beaches and a pulsating night-life and Porto itself is easily accessible by road or metro.