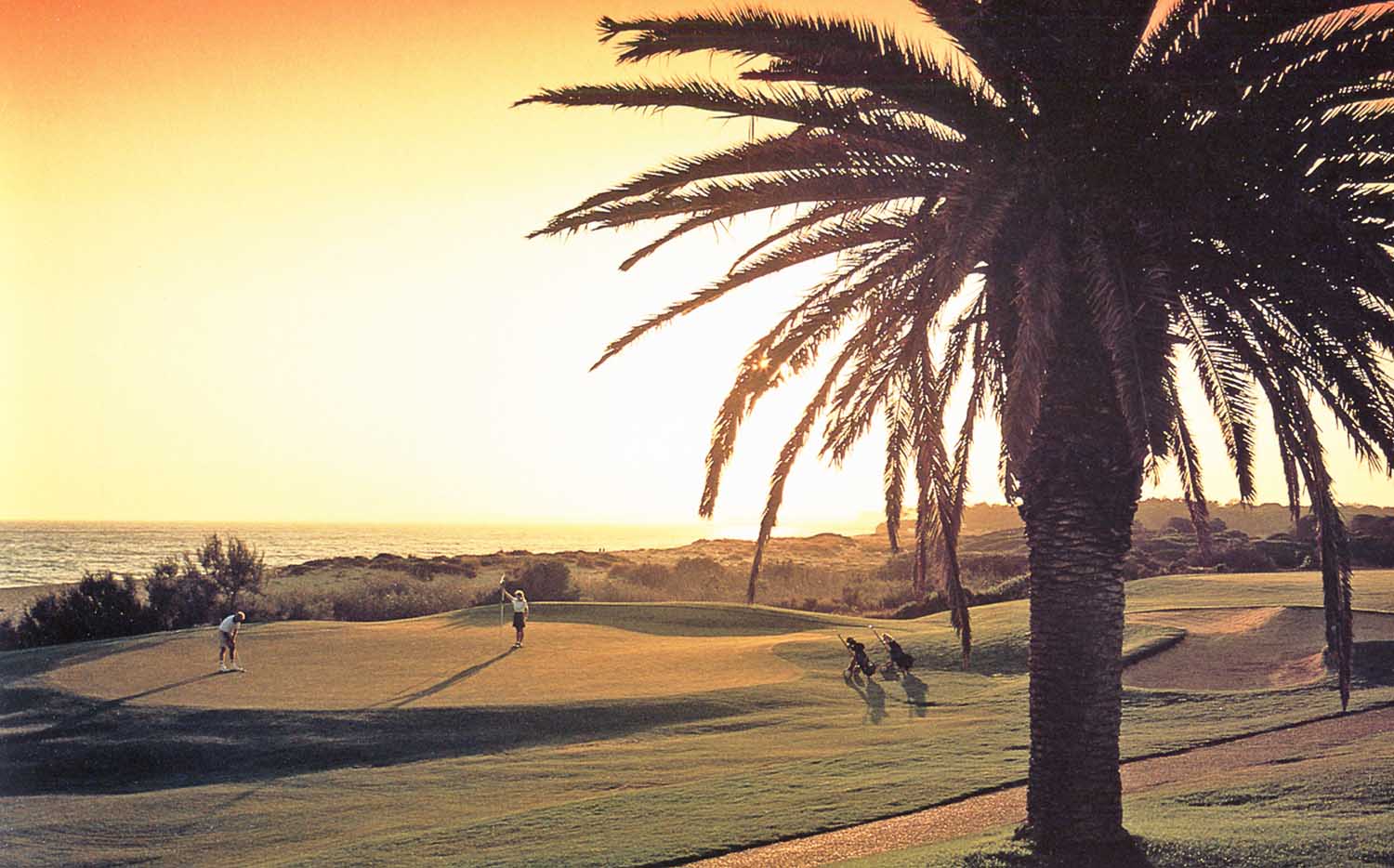 Sea views are a regular feature on Portugal's golf courses

Whilst visiting Portugal, golfers can immerse themselves in their favourite sport and complement their trip with all the wonderful things you’d expect from one of the world’s top tourist destinations.

Few countries offer a more enticing blend of climate and challenging playing conditions with all the added benefits of a long sandy coastline and a fine, innovative mix of Mediterranean and Atlantic cuisine.

The key factors that attract golfers to Portugal include the country’s temperate weather (with an aggregate of over 3,000 hours of sunshine a year) and dozens of intricately-landscaped signature courses, most commonly set against a stunning backdrop of golden, sandy beaches and the deep blue ocean.

Some are endorsed and branded by the biggest names in the game, such as the Victoria Golf Club in Vilamoura designed by the mythical Arnold Palmer and the renowned Monte Rei course in the eastern Algarve created by none other than the great Jack Nicklaus, not to mention Seve Ballesteros’ Quinta do Vale expertly laid out along the peaceful banks of the River Guadiana.

They were drawn to Portugal because of the natural beauty of the country’s unique land and seascapes, which offered them the chance to create a series of true 18-hole masterpieces in one of the most unspoilt corners of the European continent.

Golf certainly isn’t a newcomer to Europe’s south-westernmost country. In 1890, a group of British wine exporters formed Oporto Niblicks Club where the Skeffington Cup has been played every year since 1902, making it one of the oldest running golf tournaments in the world.

Portugal offers visiting players a great diversity of golfing experiences with around eighty high-quality courses already in operation and more being planned or under construction all over the country, including the Atlantic islands of Madeira and the Azores.

Along the famous fairways of Quinta do Lago (indicated on the Google map below) you’ll rub shoulders with great flamingos and the occasional chameleon who has resided in the natural habitat of the surrounding Ria Formosa Natural Park since time immemorial.

Playing golf on Terceira Island in the Azores is another highlight and is as exhilarating as it gets due to the stark contrast between the dark volcanic sands in the bunkers and the profusion of bright blue azaleas bordering the course.

And some holes are as famous as the courses themselves, notably the 3rd at Tróia adjacent to the beach (a personal favourite of course architect Robert Trent Jones Sr.) and the 16th at Oitavos Dunes near Cascais, famous for its elevated tee and dramatic ocean views. And no one can resist teeing off from the 16th at Vale do Lobo’s Royal Course (one of the world’s most photographed holes) for a spectacular shot over the Algarve’s ochre-coloured cliffs.

In addition to the more accomplished players, Portugal is attracting more and more learners of the game who flock to the many golf first-class academies to work on their game and improve their swing, with the help of some of the golfing world’s most seasoned coaches.