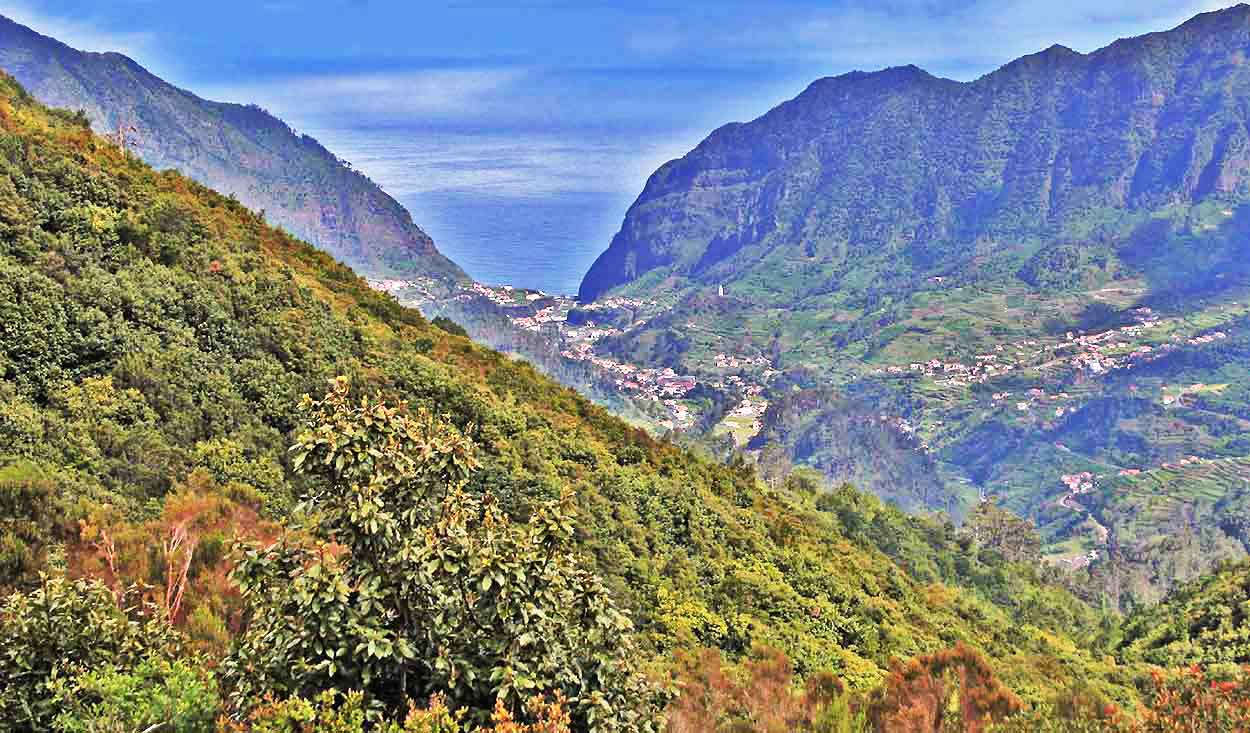 Located about an hour’s drive north-west of Funchal, the enchanting seaside town of São Vicente is a place of spectacular visual splendour and arguably one of the most precious jewels in Madeira’s glittering tourism crown.

Situated in the most mountainous part of the island, about midway along Madeira’s rugged north-west coast, it extends some three kilometres along the idyllic shores of the Atlantic Ocean, to which an exhilarating descent can be made by a series of hair-pin bends.

Approaching the town by road means heading through a deep, welcoming valley past a dense laurel grove known as Chão dos Louros, eventually reaching the historic centre set in a cliff hollow at the mouth of the River São Vicente.

Protected by mountains looming right over the town like imposing guardians, São Vicente’s centre is intricately preserved and certainly the most perfect spot for a refreshing drink or leisurely alfresco lunch on its charming centuries-old cobbled streets, especially on warm evenings in high summer.

Also of interest are São Vicente’s many elegant manor-houses huddled around the church, some of which date back to the 18th century when this part of the island was a focus for wine-making, and many vineyards can still be seen close to the town.

Another major attraction is the Capelinha do Calhau, a small chapel built right up against a rock by the villagers in 1692 in honour of Saint Vincent who, according to local legend, appeared at that very same spot to protect the town from the perils and dangers of the ocean.

The centre of São Vicente is also notable for its Indigenous Garden, a subtropical area covering around 1,500 square-metres that is largely dedicated to the indigenous floral species of the island.

Not far from the town lie the Grutas de São Vicente, a network of caves that formed almost a million years ago during a massive volcanic eruption. Today’s visitors can walk the kilometre-long trail of excavated lava tubes before learning about their geological evolution and the island’s formation at the on-site Volcanism Centre.

Embarking on an excursion from São Vicente (indicated on the Google map below) means following a wonderful corniche route running above the shoreline sheltered by a high wall of volcanic rocks, often overhanging a sheer drop and occasionally passing under a tumbling waterfall, but always offering sweeping views of Madeira’s magnificent north coast.

Surrounding São Vicente, the vast swathes of thick undergrowth cloaking the mountainsides are home to the world’s largest remaining expanse of primeval laurel forest. Covering 15,000 hectares, the forest dates right back to the dinosaurs and contains a unique collection of plants and animals, including many endemic species.

Besides many of Madeira’s most popular mountain walks, known locally as levadas, São Vicente is also within easy reach of Curral das Freiras (which means Nun’s Refuge), a picturesque village located at the bottom of a deep volcanic crater in the heart of the island.