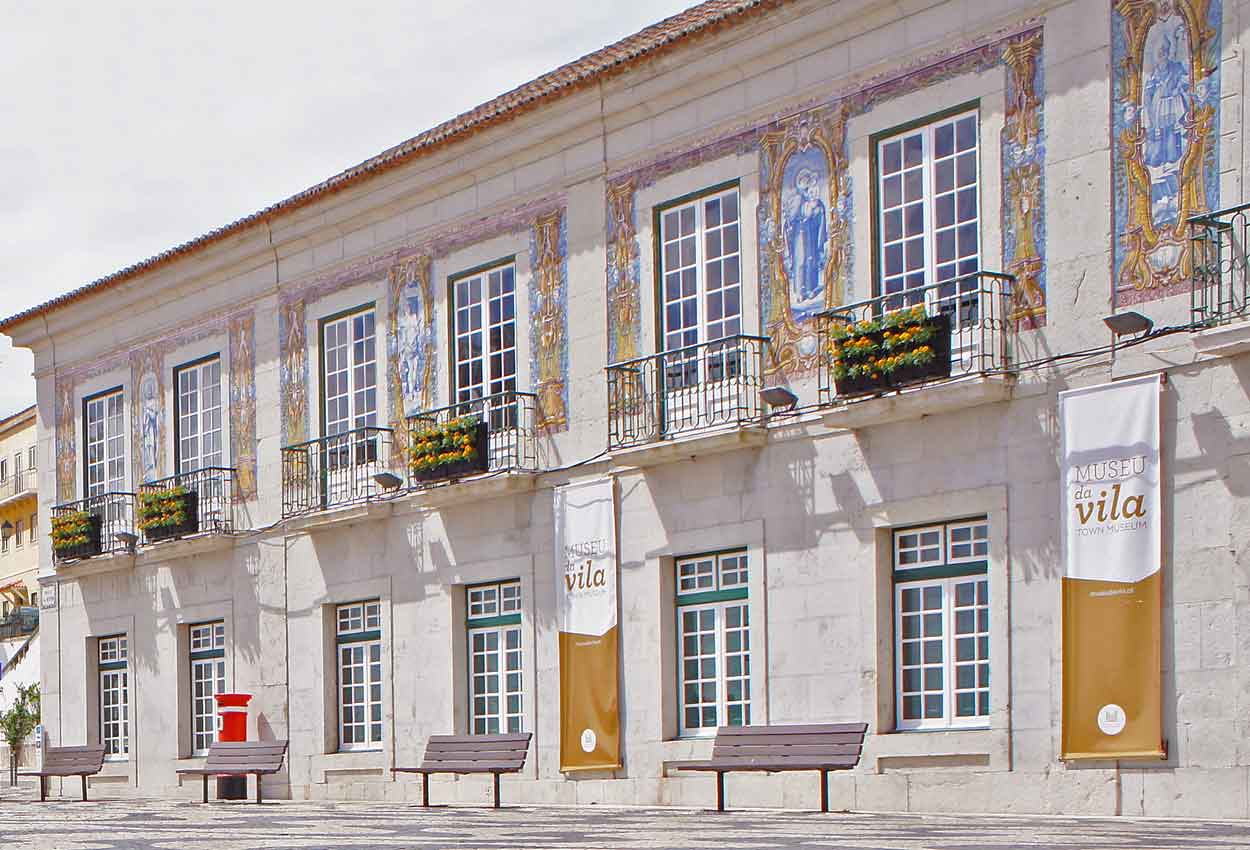 One of the top tourist sights in the whole of the Greater Lisbon area is the Museu da Vila (Town Museum), a first-rate attraction situated in the heart of Cascais, a charming resort town located just 30 kilometres west of the Portuguese capital.

Occupying the entire ground-floor of the Cascais Town Hall’s magnificent 18th-century building, which was once an aristocratic palace, the museum portrays the fascinating history of Cascais and its glorious coastline, from the Palaeolithic period to the present day.

Bordering Sintra, Oeiras and the Atlantic, and characterised by a series of long sandy beaches stretched out between Carcavelos and Guincho, the beautiful Cascais region is a tourism-rich district covering a total area of 100 square-kilometres in very close proximity to Lisbon, one of Europe’s most vibrant cities.

Visitors to the Museu da Vila can learn all about the evolution of the town which King Pedro I made autonomous in 1364. The collection successfully evokes the importance of agriculture and fishing in the local area and the work of the many quarrymen who helped develop the area and whose immense toil is represented by a fine array of tools.

Along with an important collection of relics from the time of the Romans, a particular highlight is the section focusing on the many archaeological activities that have been ongoing in and around Cascais since the first half of the 20th century, particularly inside the ancient caves that exist in the locality.

Human presence in the Cascais area dates back to the Lower Palaeolithic period, evidence of which has been unearthed in the Poço Velho Caves located in the town centre where excavations revealed the remains of more than a hundred people deemed to be the area’s first-ever inhabitants.

When visitors arrive at the Cascais Town Museum (indicated on the Google map below) they are immediately greeted by Portugal’s penultimate king, Carlos I, who introduced high-profile sports events such as sailing regattas to the local area and helped establish the town as a summer resort of international renown.

They later have the chance to relive the town’s royal era by photographing themselves in early 20th-century settings and by listening to some of Portugal’s most popular songs from yesteryear on an interactive radio.

A series of panels illustrates the lives and experiences of some of the many famous people who visited Cascais during World War II, in addition to a section of memorabilia relating to the deposed kings who exiled themselves to Cascais and neighbouring Estoril after the conflict, most notably Humberto II of Italy, Carol II of Romania and the Counts of Barcelona.

Visitors also have the chance to sit on a comfy sofa and watch historical films to deepen their knowledge on a variety of subjects relating to Cascais’ long history, from the earliest human settlement to the town’s modern-day quest to become a smart, tech-based 21st-century destination.

There’s much more to see and do in the Cascais region besides visiting the excellent Museu da Vila, such as the Cidadela where King Carlos spent many of his summers with the rest of the Portuguese royal family.

Further along the coast lies Boca da Inferno (Mouth of Hell), an unusual crater-shaped rock formation shaped over many millennia by the pounding of the Atlantic waves, and Cabo da Roca, mainland Europe’s most westerly point.