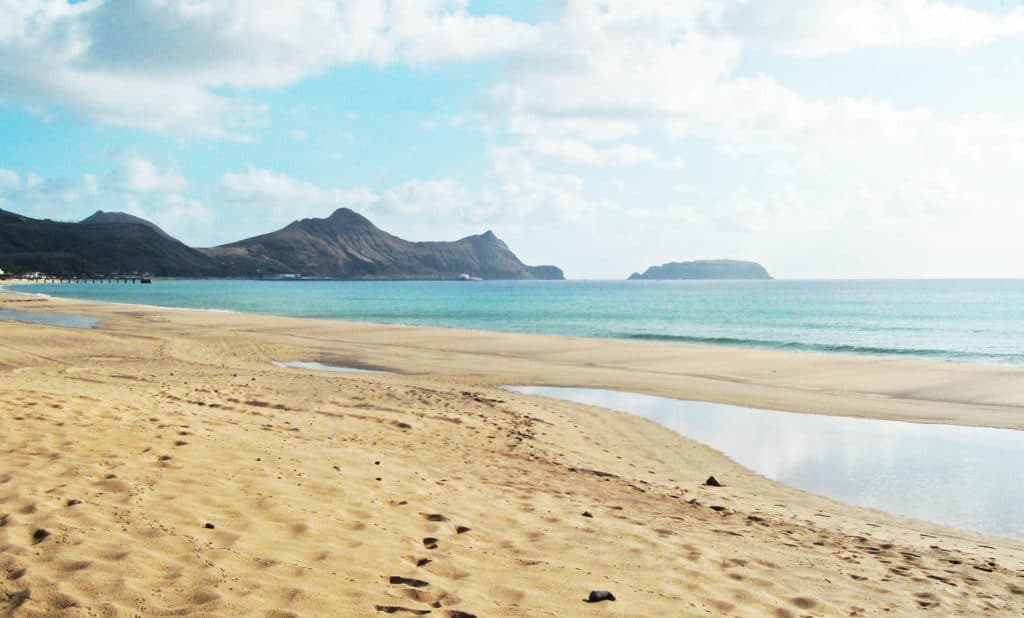 Christopher Columbus lived on Porto Santo in the 15th century

Ocean hideaways don’t get much more idyllic than Porto Santo, a pretty volcanic island off the Moroccan coast near Madeira.

And this remote Atlantic paradise belonging to Portugal has something that its sister island doesn’t – a 9-kilometre stretch of golden, sandy beach with some of the most crystalline waters imaginable.

Two mountains mark each end of the island and it was the first landfall of discoverer João Gonçalves Zarco who promptly named it Porto Santo (Holy Port) in gratitude for being blown there during a storm in 1418.

Its hub, Vila Baleira, is no more than a small village compared to Madeira’s capital, Funchal, but that’s a major part of its appeal.

Christopher Columbus arrived in the archipelago in 1478 and went to live on Porto Santo after marrying the governor’s daughter. His house, built from rough stone, stands carefully restored and inside there’s an account of his life along with rare maps, paintings and engravings.

Behind the town is the fortress of Pico do Castelo which served to protect the island from intruders. The lookout point at Portela on the hillside north of Vila Baleira offers spectacular ocean views and an island-wide panorama, so make sure your camera has plenty of card space and battery power.

If you happen to be staying on the island in September then there’s a good chance you’ll get to experience the annual Columbus Festival which celebrates the life and achievements of the pioneering explorer with a series of cultural activities in and around the town of Vila Baleira such as concerts, exhibitions and costumed parades.