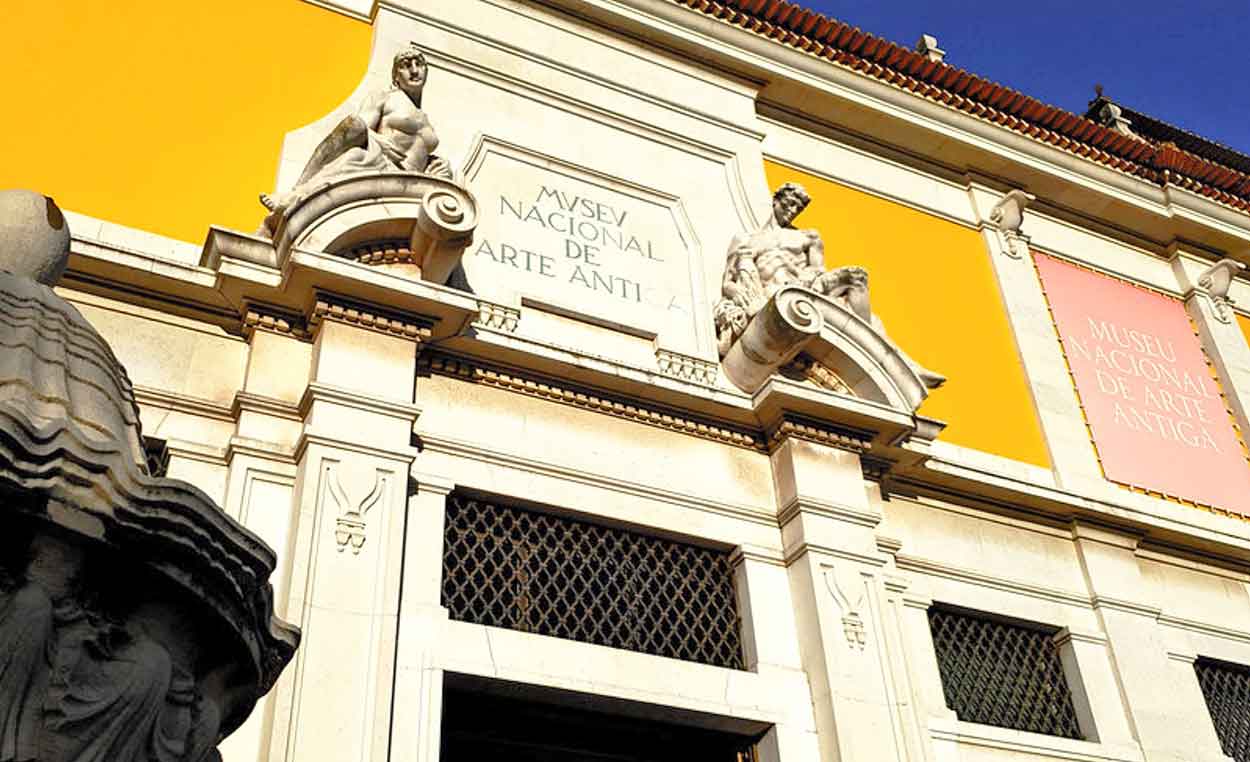 Portugal’s national gallery is the magnificent Ancient Art Museum where visitors to Lisbon can view an outstanding collection of paintings, sculptures and decorative arts spanning more than 700 years.

Located high on a hill overlooking the River Tagus, midway between the Baixa district of central Lisbon and the historic centre of Belém, the Museu Nacional de Arte Antiga (as it is known locally) occupies the large, echoing 17th-century palace of the Counts of Alvor that was once inhabited by the Marquês de Pombal, the man who orchestrated Lisbon’s reconstruction after the great earthquake of 1755.

The museum features an impressive selection of 16th-century art credited to the Portuguese School, whose masters included Gregório Lopes, Cristovão de Figueiredo and Francisco Henriques, with many of the paintings retrieved from convents and monasteries following the suppression of religious orders in 1834.

Right in the heart of this collection is the museum’s star exhibit, Nuno Gonçalves’ naturalistic Panels of St Vincent (c 1470), which was originally painted as the retable for Lisbon’s church of São Vicente de Fora.

A masterpiece of group portraiture, it comprises six panels depicting the adoration of São Vicente, Lisbon’s patron saint, and honours by implication the early discoverers, most prominently Prince Henry the Navigator who is solemnly dressed in a dark robe and a broad-brimmed bolonbês hat.

Other outstanding exhibits include the Temptations of St Anthony (c 1500), a terrifying triptych by the great master of fantasy, Hieronymus Bosch, along with St Jerome, a hypnotic portrayal of old age by Albrecht Dürer.

Also not to be missed are the five extremely rare Japanese six-fold Namban screens painted in the 16th century that show in curious detail the astonishment of the locals at the arrival of Portuguese missionaries and traders in 1571 following the Age of Discovery.

Amongst the museum’s many other treasures are the Romanesque processional cross of King Sancho I made of solid gold, precious stones and pearls in 1213 and the famous Manueline-style Monstrance of Belém crafted by Gil Vicente in 1506 from Indian gold shipped back by the great explorer, Vasco da Gama.

Also worth seeing are the fine pieces of 16th-century porcelain transported on wooden caravels by Portuguese sailors from India, Japan and Macau, as well as superb wood and terracotta figures by the renowned 18th-century sculptor, Machado de Castro.

Located in Rua das Janelas Verdes, one of central Lisbon’s most historic thoroughfares, the building itself stands on the same land once occupied by the Convent of St Albert, the original chapel of which remains an integral part of the museum complex and has recently been lovingly restored to its original 16th-century glory.

The modern wing (where the main entrance is now situated) rests happily alongside the original palace with an opening at the back onto a pleasant garden where visitors can enjoy a refreshing drink and/or quick bite to eat whilst exploring the museum (the location of which is indicated on the Google map below).