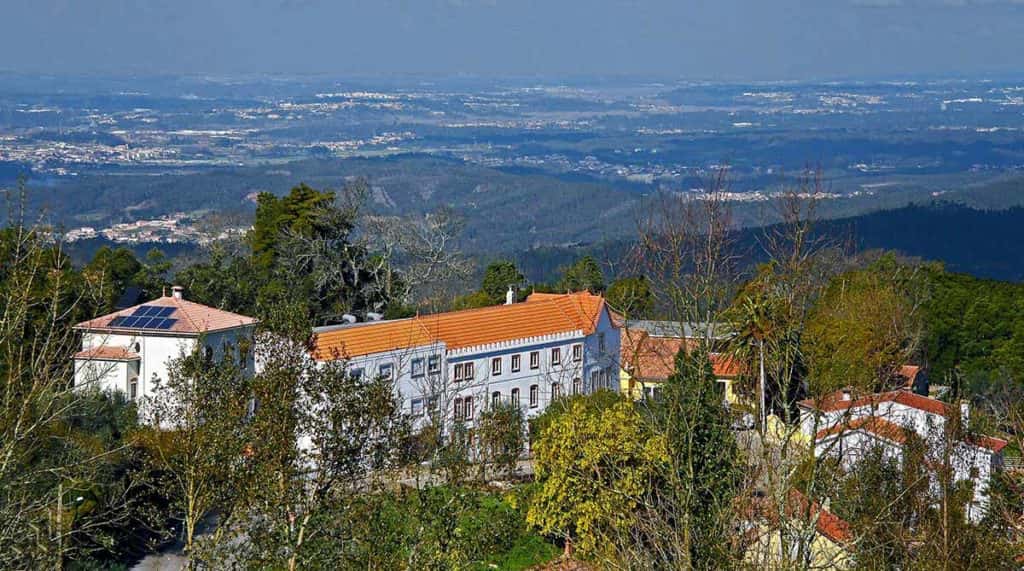 Luso is a convenient base from which to explore Buçaco Forest

The attractive little town of Luso on the north-west slope of the Serra do Buçaco lies just 3 km from the northern tip of Buçaco Forest, one of the jewels in the central Portugal‘s tourism crown.

It is famed for the curative properties of its waters which rise at a temperature of 26.6ºC (80ºF) and gush freely from its fountains in the centre of town. Bottled Luso mineral water is sold in supermarkets and corner shops all over the country.

Located north of Coimbra, just off the A1 Lisbon–Porto highway, Luso is a very pleasant place to visit even for people not there to ‘take the waters’ and a very convenient base from which to explore Buçaco Forest, a true paradise of waterfalls, breathtaking views and the gigantic Mexican cedar planted by monks in the 17th century and now extinct in its native Mexico.

Earlier in the 11th century it was just a village linked to the monastery at Vacariça long before its hot-water springs became popular in the 18th century.

At that time, the Serra do Buçaco was so isolated from the world that the Carmel monks chose it as the ideal place for absolute silence and meditation. There they set up their hermitages (the ruins of which are still visible today), lined with cork against the bitter cold, decorated their chapels with statues carved in the soft stone of the region and planted rare trees from all over the world.

After the monks, Portuguese monarchs also loved the spot and built a hunting lodge there, now a luxury hotel. But nothing has destroyed the silence of this very special place or lessened the refreshing coolness of its springs.

Nowadays, the spa centre specialises in the treatment of arteriosclerosis, an arterial disease occurring mostly in the elderly, characterised by inelasticity and thickening of the vessel walls, with lessened blood flow. Originating from a spring below the chapel of São João in the centre of town, the thermal waters are also said to be of additional value to sufferers of renal problems and rheumatism.

Luso lies on the fringe of the Serra do Buçaco, a wooded ridge about 15 km long running northwards from Penacova on the River Mondego. Protected as a national park, the forest is noted for its huge cypress trees of Mexican origin which stand in a walled enclosure several kilometres in diameter on the southern slopes of the mountain.

The area is also famous for being the scene of Wellington’s victory over the French under Massena in 1810. Prior to this historic battle, the Iron Duke (as he was known) spent a comfortless night in one of the monks’ cells with his horse tied to a huge olive tree close by.