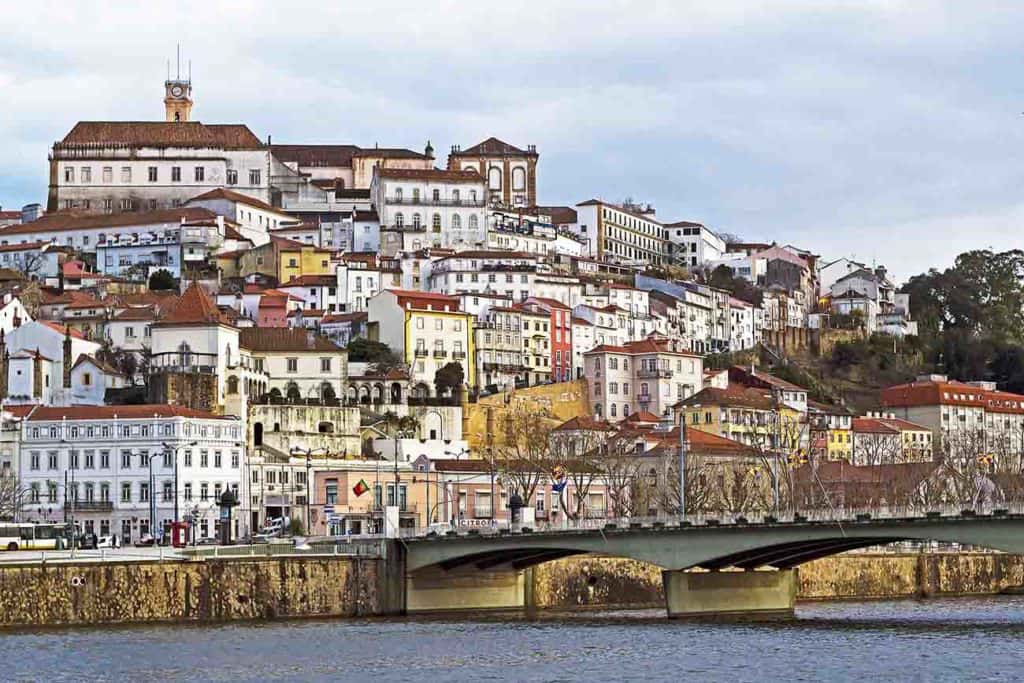 Coimbra was capital under the first Portuguese dynasty

Birthplace of six kings and the seat of Portugal’s first university, Coimbra is one of the most celebrated cities in southern Europe. It’s a place where tradition runs very deep with black-caped students scurrying through the streets and squares during term time, adding much joie de vivre to the general atmosphere.

Occupied by the Moors for over 300 years, it was eventually captured by the Christians in 1064, becoming the capital of the country under the first Portuguese dynasty before power was subsequently transferred to Lisbon in the 13th century.

After 1567, it was one of three seats (along with Lisbon and Évora) of the Inquisition, who were particularly active in this part of Portugal in the 1620s.

Coimbra’s ancient cathedral is one of the finest examples of Romanesque architecture in Portugal. Built in the 12th century on the site of a Moorish mosque, it boasts a fine Flemish carved retable above the high altar and a Cistercian cloister containing an impressive 16th-century limestone relief of the Holy Family.

Housing an interesting collection of paintings, sculpture and religious objects, the Machado de Castro Museum is located in a charming Renaissance building, the former Bishop’s Palace, with a lovely view of the roofs and towers of Coimbra.

Founded in 1131, the church and monastery of Santa Cruz are rich examples of the city’s own early 16th century school of sculpture. The first two kings of Portugal, Afonso Henriques and Sancho I, were re-interred in the chancel in 1520.

Further upriver lies the park of the Fonte das Lágrimas (Spring of Tears), site of the most famous love story in Portugal’s history. In 1355 Inês de Castro, mistress of the crown prince Pedro with whome she had four children, was assassinated here on the orders of the old king. Pedro took up arms against his father but was defeated. Years later when he ascended to the throne, he took his revenge by having Inês’ murderers brutally executed before having her body exhumed and crowned queen in a macabre ceremony at Coimbra’s Sé Velha cathedral, forcing the Portuguese nobility to bow to the dead body and kiss her hand.

Once the royal palace of the Alcaçovas, Coimbra University was founded in 1307 by King Dinis and is one of the oldest educational facilities in the world having been established around the same time as Oxford, Cambridge and Salamanca. Its library is widely considered to have the loveliest interior in Portugal and one of the richest book collections of any university. The burning of the ribbons (A Queima das Fitas) at the end of the academic year in May is the highlight of a week-long festival of dance, music, sports, theatre, parades and general merry-making.

On the other side of the Mondego River, the Gothic ruins of the Old Convent of Santa Clara are where the holy queen, Saint Isabel, spent her days mourning the death of her husband, King Dinis, in 1325. 14 km south of the city, the excavated site of Conímbriga shows evidence of Roman habitation as early as the 2nd century BC, becoming a substantial town under Augustus from about 25 BC. Comprising villas, tessellated pavements, walls and baths, its excavated remains are among the best preserved in the entire Iberian Peninsula.