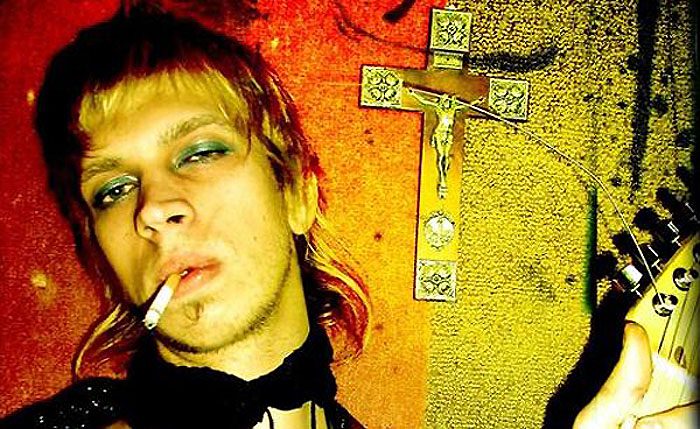 Portugal is producing a growing number of home-grown artists

Portugal has a rich musical heritage, flavoured by the meanderings of early medieval troubadours when Europe’s south-westernmost country ruled half the world. Today it’s the soulful ballads of the fervent fado singers in Lisbon’s ancient Alfama and Bairro Alto quarters who continue to entrance visitors from far-away lands.

It was music that signalled the so-called ‘red carnation revolution’ which overthrew a repressive dictatorship that had stifled the nation for decades. This monumental event was triggered by the playing of José Afonso’s 1960s classic, ‘Grândola, Vila Morena’ on Radio Renascença at the stroke of midnight, 24 April 1974, sending Portugal’s army captains into action.

The revolution spawned a new type of anti-establishment song, the canto livre or free song (much had been censored during the dictatorship), examples of which can still be heard on radio stations up and down the country, offering a touch of nostalgia to the current musical landscape. It also sparked Portugal’s withdrawal from the former African colonies, whose swaying and sometimes complex rhythms are much in evidence in the modern mix.

Largely dominated by mainstream international artists, today’s music scene is a digital melting pot of vibrant Brazilian and African pop, rock, rap and hip hop sounds, along with a growing number of home-grown artists, some of whom have had considerable success projecting their art to a global audience.

Mariza is a case in point and fronts today’s generation of 21st-century emotion makers singing a new form of fado, Portugal’s melancholic answer to flamenco although they’re at opposite ends of the musical spectrum. Visitors are often bemused at the sight and sound of a fado performance but to the Portuguese it’s a meaningful experience that stirs up deep cultural feelings.

Mozambican-born Mariza is Portugal’s new singing sensation and has re-popularised fado music for the first time since Amália Rodrigues. In 2002 she took part in the famous Divas of the World concert at the Hollywood Bowl and the following year she picked up the BBC’s coveted Best European Female Singer accolade at the World Music Awards. Two years later she took her music to the masses at one of the Live8 concerts in the UK, being the only Portuguese to perform on that monumental day.

Her four albums of originals entitled Fado em Mim, Fado Curvo (both quadruple platinum in Portugal), Transparente and Terra have scooped her countless awards and rave reviews all over the world and she continues to sing to packed houses (Lisbon’s top venue, the Altice Arena, was full to the rafters when she last appeared there) and her popularity continues to grow not just in Portugal but all over the world both for the remarkable quality of her voice and the passionate manner with which she delivers her songs.

“Fado is a maelstrom of emotion,” she has been quoted as saying. Today she’s far more than a fado singer, she’s an international celebrity with an A-list following of her own. Film director Sydney Pollack (Out of Africa and Tootsie, among many others) is a big fan, so too is Sting with whom she has sung several times.

Other home-grown talents worthy of their international success include Lisbon-born rap and hip hop specialist Sam the Kid whose ground-breaking CD entitled Pratica(mente) quickly went gold and was considered by many as the best album of the year. He’s a great example of Portugal’s growing number of self-recording artists who do everything themselves from band management to final recording sessions.

Slimmy is another talented Portuguese artist who has reached for the stars in recent years. Hailing from Porto, Portugal’s second city, his song Bloodshot Star gained worldwide recognition as the theme tune for an episode of popular US crime series CSI Miami, while another of his creations, Self Control, was selected by cable channel Sky Sports as musical accompaniment for its weekly football round-up. With over 200,000 people tuning in to his video on You Tube, he became an international artist long before he conquered his home market.

It’s a curious fact that in until recently less than 10 per cent of music played on Portuguese radio stations was actually made in Portugal and home-grown music represented only a quarter of music sales. The Portuguese public have long had an appetite for foreign music, particularly fashionable British pop bands like The Editors, Franz Ferdinand and the Arctic Monkeys. Until recently you could have tuned into any mainstream radio station and found top international artists ruling the airwaves, but not any more because the Portuguese government took the surprising step of introducing a new law obliging radio industry executives to give substantially more air time to local talent in an attempt to give Portuguese music a much-needed boost.

The measure gained widespread support as a way of defending the national music industry as well as Portugal’s identity in the ever-growing European Union. A similar ruling took place in France which now requires 40 percent of music played on local radio stations to be French, while in neighbouring Spain an impressive 80 percent of album sales are attributed to Spanish artists singing in the local language.

The effect has proved quite positive as the percentage of Portuguese music being purchased and played on local radio stations is greater than in previous years, but there’s still a preference for international bands.