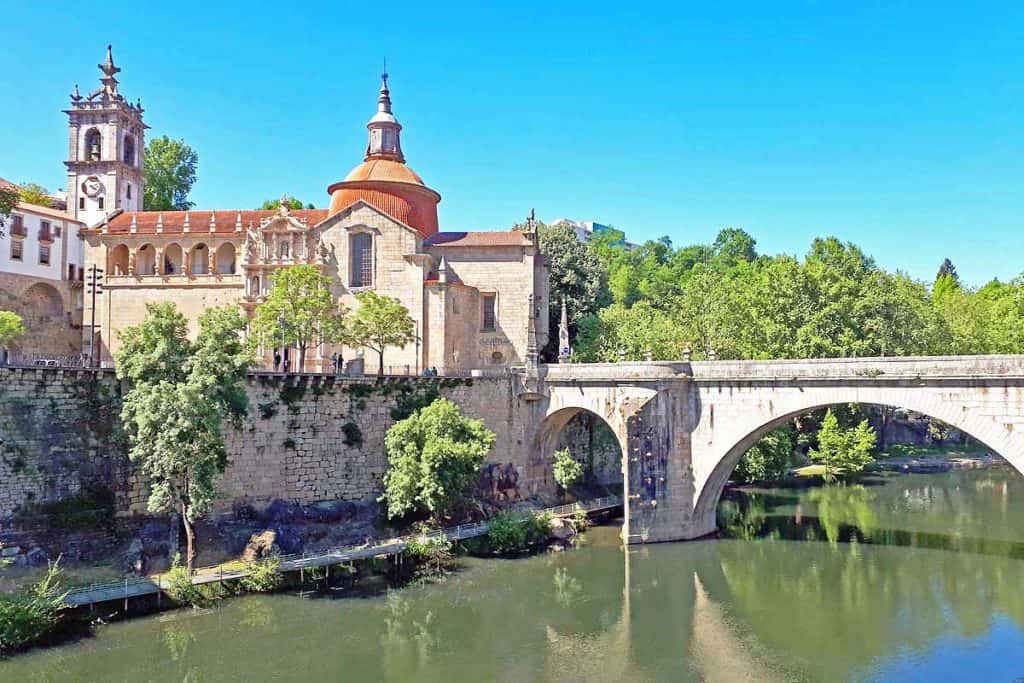 Amarante's impressive bridge was built in 1790

Situated 56 km east of Porto, the pretty town of Amarante is set immaculately along the banks of the River Tâmega. One of the most ancient settlements in northern Portugal, it was founded as Turdetanos in 360 BC and went on to prosper under the Romans.

Built in 1790, the town’s impressive bridge was the scene of heroic resistance in 1809 during the Peninsular War by the people of Amarante, who fought off French Marshall Soult’s advance for fourteen days before his army advanced and burnt down their houses.

Taking place on the first Saturday and Sunday in June, the annual Festa de São Gonçalo is among the most colourful fairs in Portugal. Traditionally, and somewhat interestingly, it is the time for unmarried people to exchange phallus-shaped cakes as tokens of their love.

When visiting Amarante, in the heart of the picturesque Minho region, look out for the exotic honey-gold granite façade of the church and former monastery of São Gonçalo which dates back to 1540 and houses a lovely interior of painted columns and a dramatic high altar, under which exists a little golden chapel where Saint Gonçalo himself lies buried. Born in Amarante at the end of the 12th century, Saint Gonçalo is mostly revered for his many healing miracles. The church also features a magnificent two-storey Renaissance cloister.

Nearby, the town’s principal museum is dedicated to the life and work of locally-born Cubist artist Amadeo de Souza Cardoso (1887-1918), one of Portugal’s leading 20th-century artists.