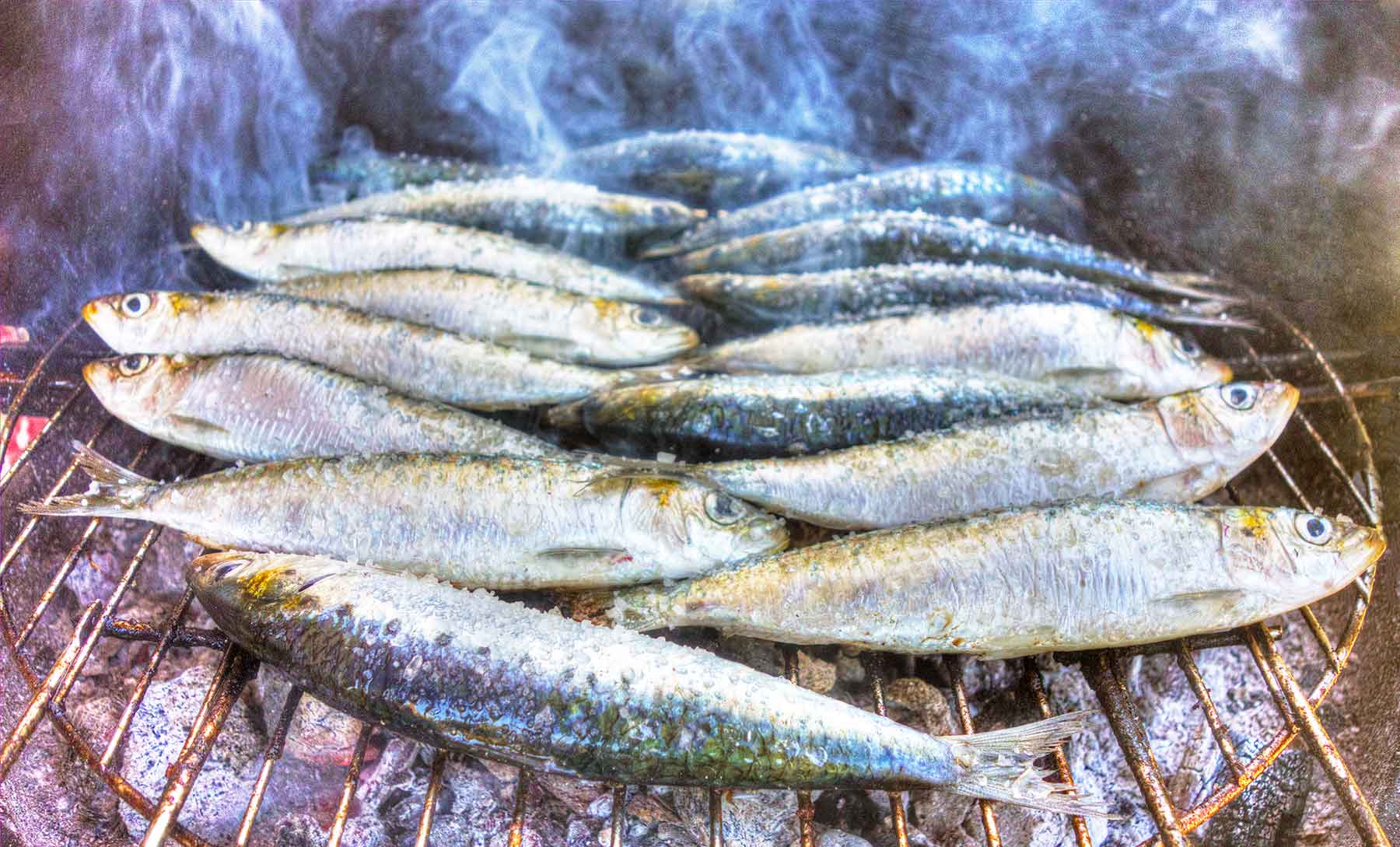 Sardines are a popular summer dish in Portugal

Like chestnuts being roasted in the streets of Portugal during winter, the sight of sardines sizzling on a charcoal grill throughout the hot summer months is always a feast for visitors’ eyes.

In the capital, Lisbon, this shiny, ubiquitous and immensely flavoursome fish is hugely popular during the Festas de Lisboa when the city’s oldest and most traditional quarters such as Mouraria and the ancient Alfama district (indicated on the Google map below) fill up with tourists and local residents alike.

The Romans are known to have greatly appreciated the sardine and regularly ate it in smoked, marinated or salted form in various parts of the country. Today it is Portugal’s culinary equivalent of the American hamburger or French croissant and in Lisbon alone some 34 million sardines are eaten in a typical June.

They are are caught in local Portuguese waters and grilled fresh or preserved in cans for export or local consumption. Over four hundred canneries began operating in Portugal after World War I and the tradition of packaging and transporting this most quintessential of all Portuguese products to all four corners of the globe continues to this day.

Sardines form the basis of a very healthy Mediterranean-style diet due to their large proportion of polyunsaturated fatty acids such as omega-3 (good for cardiovascular health and brain function) and high-value biological proteins, along with many essential vitamins and minerals.

Just a 100-gram portion of sardine flesh consisting of four or five average-sized fish contains more than 40% of our required daily dose of calcium and 100% of vitamin D, which is necessary for good bone health, particularly in old age.

Fresh Portuguese sardines are very different to those sold in cans. They are relatively large, around nine or ten inches long and as soon as they are caught they are salted and packed in a wooden box.

For cooking, they are grilled intact and consumed in every kind of restaurant, tasquinha (a cheap back-street restaurant – often family-owned and managed) and at festas, the lively annual street parties organised by municipalities across the land.

Chefs around the world enjoy working with sardines because it’s an oily fish with a nice sweetness and richness. When it hits the grill it creates a distinctive plume of smoke that draws the moisture from the fish whilst creating a natural barrier so that the meat of the fish doesn’t stick to the grill. They are then grilled on both sides for about ten minutes until a slight golden-brown colour appears on the skin.

During Lisbon’s outdoor festivities (known locally as arraiais) they are typically served on top of a thick slice of bread, which serves to soak up the oily fats from the fish, a centuries-old custom once popularised by street hawkers supplying a cheap and nutritious meal to local residents.

In restaurants, they are normally served hot and paired with boiled potatoes and a green-pepper and onion salad as a side dish. The choice of wine as an accompaniment is always an easy one because sardines are sufficiently robust to stand up to the kind of hearty red table wines produced in every demarcated region of Portugal.