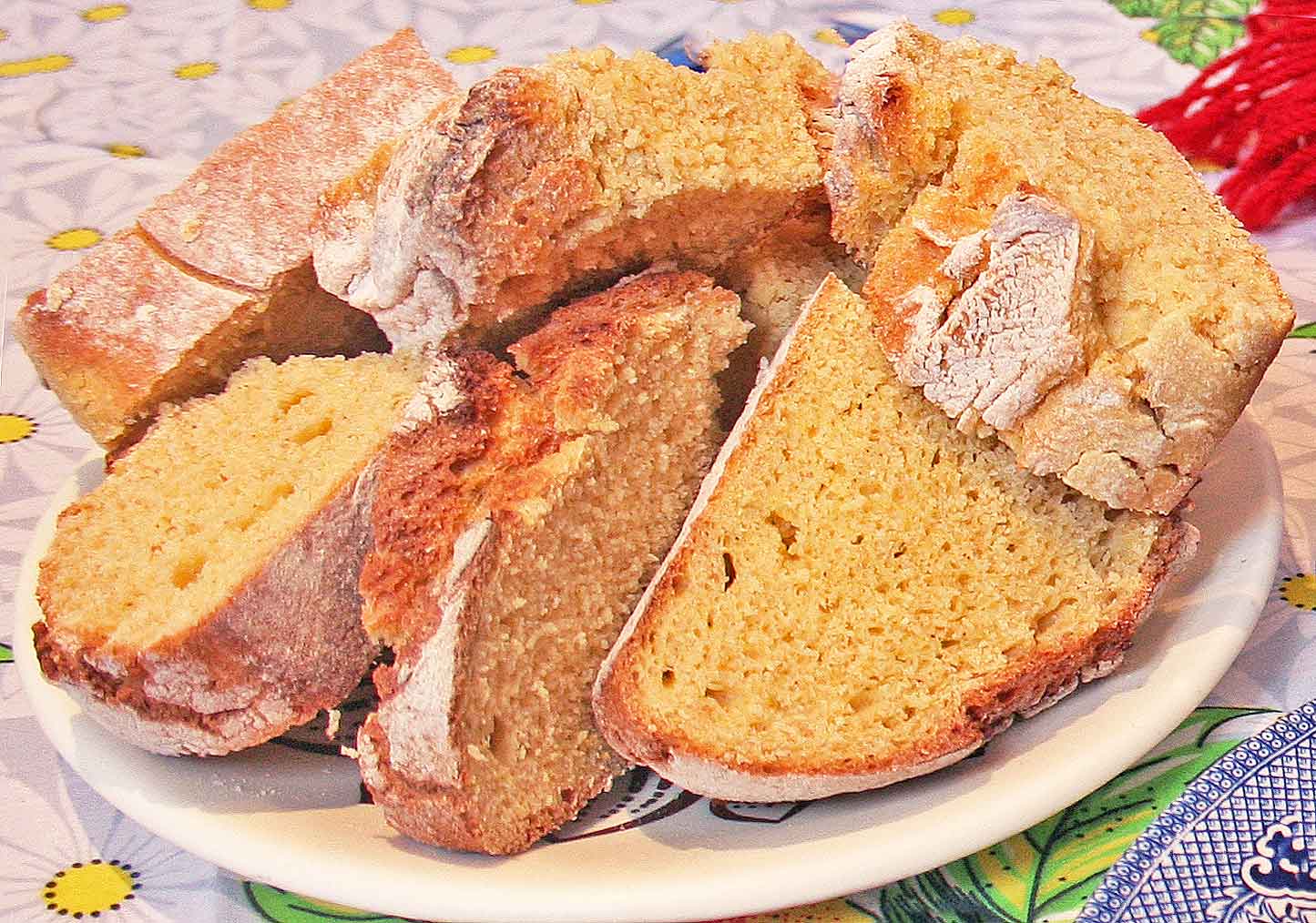 There’s a feeling in some parts of Portugal that bread is sacred – ‘pão é sagrado’, they say – and that it sustains life like the wafer taken at Communion.

For many households, particularly in the more rural areas, it still symbolises the fellowship of a family sitting around the table pulling clumps from an oven-hot loaf whilst chatting excitedly and sharing the news of the day.

In some parts of the country, bread is still baked with no added ingredients such as the kind of sugar and fat that only serve to trick the taste buds. There are no dough conditioners, emulsifiers or preservatives, just the four essential components of flour, water, yeast and salt which are mixed, allowed to rise, kneaded and baked at just the right temperature.

For locals and visitors alike, bread is one of Portugal’s gastronomic delights and forms an integral part of every meal. Portuguese bread is excellent, inexpensive and served in great quantities at tasquinhas, the ubiquitous family-run back-street eateries found in towns, cities and villages the length and breadth of the country.

Some of the most traditional types in Portugal are corn breads, which are known locally (depending on the region) as pão de milho, bolo de milho or broa. These are very popular in the north (Minho and Trás-os-Montes), Ribatejo (a vast agricultural region) and the nine-island archipelago of the Azores.

On your travels, keep an eye out for some of the locally-baked rye breads, particularly the delicious pão centeio do Sabugueiro made in the mountains of Serra da Estrela in Portugal’s picturesque Beiras region.

Whenever you are dining out in Portugal, check the menu for pão caseiro because this means that the bread has been baked on the premises and will very often be peculiar to the local area with a unique taste and texture.

Furthermore, bread is often an essential ingredient for certain soup- or broth-based dishes in Portugal, most notably açorda which originated in the south of the country and is today particularly widespread in the enchanting Alentejo region.

Once a modest concoction of lumps of bread boiled with water, locally-grown herbs, garlic and olive oil, açorda has metamorphosed into a quite trendy dish served in many top Portuguese restaurants with meat, fish or seafood and sometimes mixed with onions, tomatoes, onions and beaten eggs.

Bread is also a staple ingredient of ensopado, a hearty stew based on cuts of marinated meat such as lamb or beef cooked until tender with fried or toasted bread.

Another increasingly-common type of Portuguese bread is micas (meaning ‘crumbs’ in Portuguese), which is usually drier and served in many upmarket establishments as a side-dish soaked in olive oil with garlic and occasional pieces of meat and vegetables.

And when touring the lush, green north of Portugal, look out for the eye-catching espigueiros, the little elevated stone buildings used to store the corn that makes the wonderful broa de milho.

Many of the country’s most impressive festivals also celebrate Portuguese bread, most notably the famous Festa dos Tabuleiros which takes place once every four years (the next one being 2023) and features hundred of young girls parading through the streets of Tomar in central Portugal carrying freshly-baked loaves on their heads.

There’s even a museum on the subject of bread (the Museu do Pão) located in Seia (indicated on the Google map below), a charming agricultural town famous for its Serra da Estrela cheese in the mountains of central Portugal.