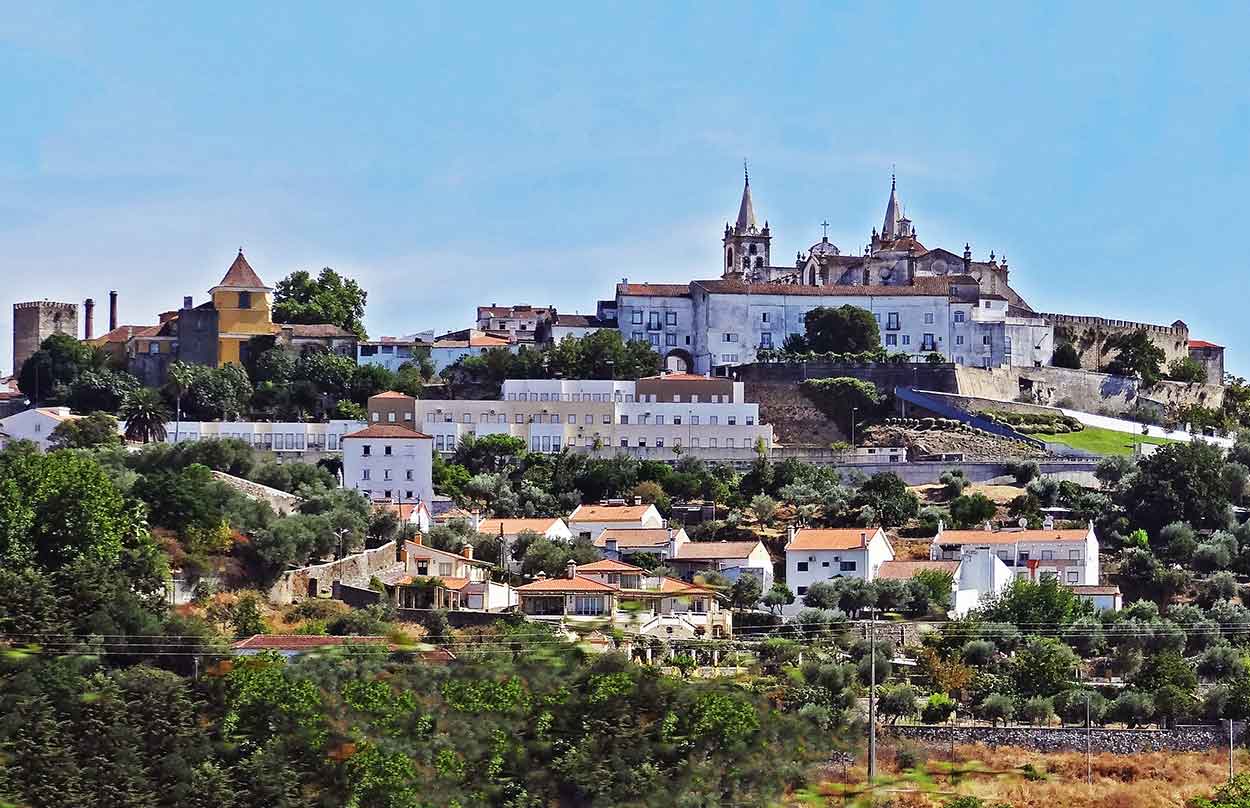 Portalegre is famous for its tapestries

Perched in the foothills of the São Mamede mountains, Portalegre is a delightful 17th-century city of lovely old houses with wrought-iron grilles and balconies nestling in the north-eastern corner of the picturesque Alentejo region of Portugal.

Set amidst rolling hills, rushing streams and flowering acacia trees, it is unusual in that it does not revolve around an imposing hilltop castle, instead the city grew on the site of an old Roman settlement called Ammaia which was founded in the 1st century AD.

Unlike many other large towns and cities in the Alentejo, Portalegre has been less dependent on agriculture in the past, with silk and carpet manufacturing and, more recently, cork production providing much of the city’s income over the centuries.

Portalegre was heavily fortified by Infante Afonso Sanches following his father’s death in 1279 when it became the subject of a feud between him and his brother Dom Dinis, who besieged the city for several months in 1299.

The city’s old quarter stems from the Rossio, a pleasant central square with a large fountain that becomes a very refreshing feature in the midsummer heat. Close by lie the inner city gardens that are most notable for a massive plane tree planted in the middle of the 19th century, whose branches are now so large they need to be supported by pillars.

The city’s long handicrafts tradition is very much alive at the Museu da Tapeçaria (Tapestry Museum) located in a converted mansion in the city centre where unique and very intricate tapestries continue to be made to order by local artisans determined to follow in the footsteps of their forefathers.

In many ways, Portalegre rivals Viseu as the Portuguese city with the most noble houses from the 17th and 18th centuries. Its many churches are also worthy of note, especially the former convent of São Bernardo (or Conceição) which was founded in 1518 and features a fine patio, marble fountain, superb Renaissance doorway and the tomb of Bishop D. Jorge de Melo, a resting place worthy of a king that was most probably by the hand of the French sculptor, Nicholas Chantérène.

Work started on Portalegre Cathedral in 1556 but the building was only officially completed in the 18th century. Predominantly Renaissance in style with Baroque influences, its restrained interior features a collection of Mannerist art, beautiful carvings with gold leaf and many fine azulejo tiles from the 16th and 17th centuries. Also lined with old tiles, the cathedral’s highlight is its sacristy which features richly carved vestment chests in jacaranda wood.

In the centrally located Largo Cristival Falcão, look out for the Palácio Amarelo (Yellow Palace) or the Palace of the Abrancalhos, which has splendid examples of wrought-iron work over its twelve 17th-century windows. Equally unmissable is the José Régio Museum in the house where the great poet lived for thirty-four years, displaying a fine collection of furniture, metalwork and pottery as well as some important items of sacred art and rare figures of Christ.

From the white hermitage of the Penha de S. Tomé which overlooks the city amidst the rocks, one can see the magnificent Serra de São Mamede rising to 1,000 metres at its highest point in the distance. A little more than 10 km north of Portalegre are the ruins of Medobriga where numerous Roman vestiges have been found.