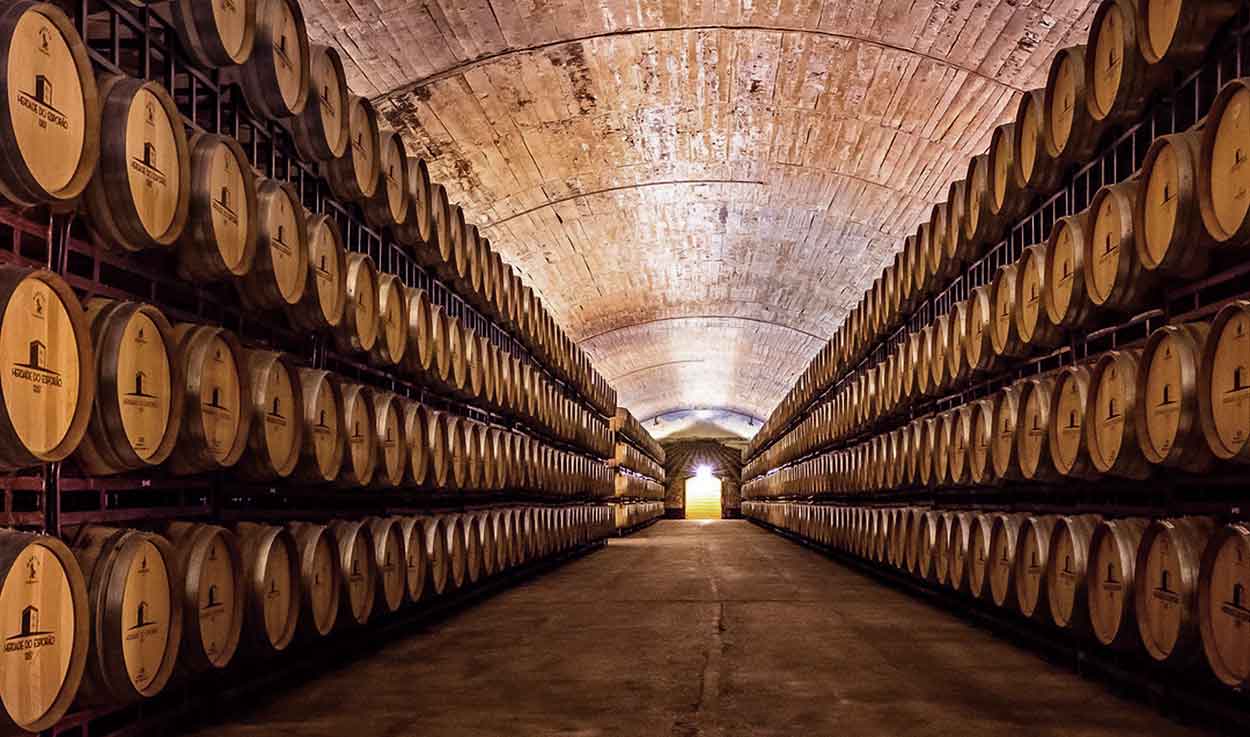 Encompassing most of the country south of the River Tagus, the Alentejo is a vast, slightly remote wine region notable for its firm, generously fruity reds and characterful whites.

The general accessibility of more natural resources paired with the introduction of new wine-making techniques and a more aggressive sales strategy has helped bring Alentejo wines much more to the forefront in recent years.

Today, no less than half the wines sold in Portugal are produced in this extensive agricultural region, which ranks as the third-largest province in the country. It also accounts for about fifty per cent of the world’s total cork supply.

It is divided up into eight sub-regions – namely Borba, Redondo, Évora, Reguengos, Granja/Amareleja, Vidigueira, Portalegre and Moura – all of which operate under the Alentejo DOC certification of quality and authenticity.

Increasingly, the Alentejo is proving to be a winner among wine-makers on account of its fine climate, varied topography and excellent soil (’terroir’) which combine perfectly to offer some of the best conditions for modern grape-growing.

The principal grape of the region is Trincadeira which is spicy with good acidity and traces of raspberry. The second most widely used grape in the Alentejo is Aragonez, which produces high-quality reds with hints of blackberry, strawberry and plum.

Castelão is also popular in this part of Portugal due to its wild fruit aromas and good ageing capabilities. Hot sunshine enhances the ripening process and the quality of these grapes lends a certain smoothness to the region’s reds, many of which have gained a substantial amount of international recognition in the past few years.

Being one of the warmest and most rustic parts of the country, the Alentejo is also developing as a tourist destination, largely on account of the warm and very genuine welcome offered by the local people. It is also one of the most scenic places with wide open landscapes dotted with dozens of dazzling whitewashed towns and villages overlooked by picture-book, centuries-old hilltop castles.

And the region is much more accessible than it once was thanks to a growing network of new roads and motorway connections. The journey from Lisbon to Évora (indicated on the Google map below) has been shortened to a straight 130-kilometre (80-mile) motorway drive and the trip up from the international airport of Faro to the Algarve/Alentejo border now takes less than half an hour.

The kind of food you can expect to eat in this part of Portugal is similarly impressive and always served in a comforting, homely atmosphere. The unfailing flavours of the Alentejo are enriched with Spanish and North-African influences and all the freshness of the nearby Mediterranean coast.

Some of the best Alentejan dishes are bread-based, most notably açorda, a type of broth made with eggs, garlic, coriander and olive oil with meat, fish or seafood added. As an accompaniment, you might like to try migas, a thick mass of bread fried in lard or bacon fat and mixed with sausage, pork and bacon.

Today you’ll find that restaurant wine lists all over Portugal are top heavy with Alentejo wines, with more featured than any other region. Some top names to look out for include Herdade dos Grous, Montes Claros, Quinta do Carmo, Santa Vitória and Esporão.

And if you are touring the region, you can follow the Alentejo Wine Route (Rota dos Vinho do Alentejo) which is organised by the local tourism authorities who make plenty of worthy recommendations such as the best places to visit, shop, stay and taste the different wines on your trip.