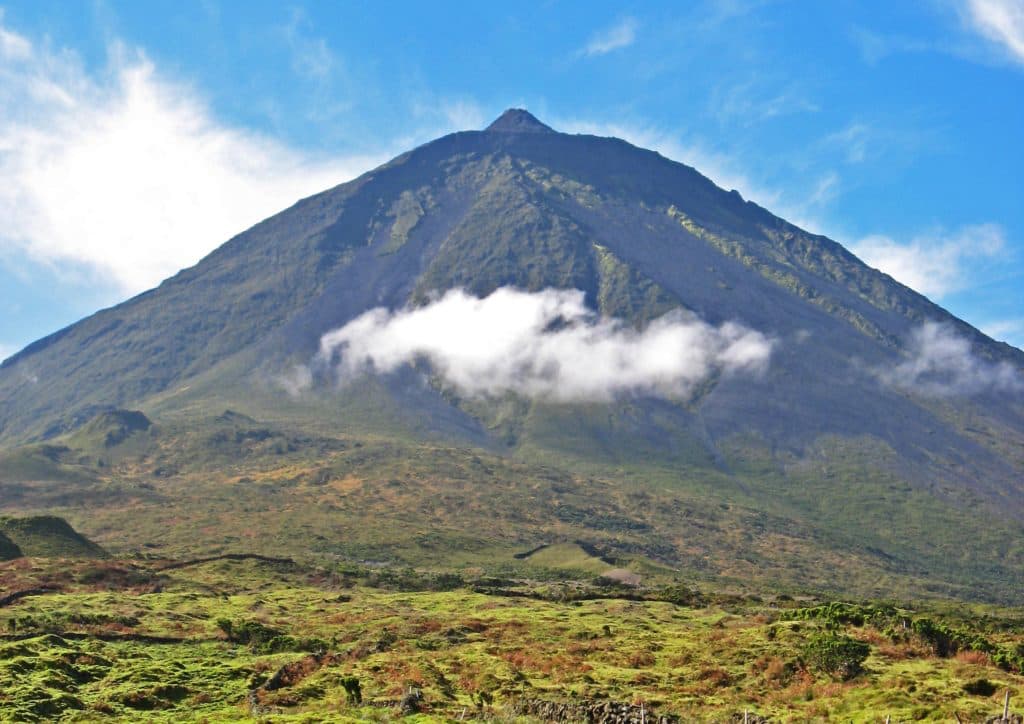 The steep-sided mountain of Pico is Portugal’s highest peak

Reaching the summit of Pico mountain in the nine-island Atlantic archipelago of the Azores promises to be the high point (no pun intended) of any hiker’s visit to the region.

The steep-sided, dormant volcano is Portugal’s highest peak and a major draw for climbers, with its ascent affording magnificent views of all the other islands in the central group and far beyond.

Just for the records, the volcano has erupted three times in the past five hundred years, the fiercest happening in 1562–64 which produced lava flows reaching as far as the ocean. Another big eruption occurred in 1718 followed by the most recent volcanic activity to have taken place on Pico in December 1720.

But Pico is not an easy mountain to climb, according to João Garcia. And he should know – he is the only Portuguese to have scaled the eight highest peaks in the world, among them Mount Everest.

Standing 2,351 metres high from sea level to summit, the very top of the mountain known as Pico Pequeno (or Piquinho) is a volcanic cone that rises 100 metres (330 feet) above the rim of the main crater (Pico Grande), which has a diameter of 500 metres (just under half a mile) and a sheer drop of 30 metres (100 feet) down into it.

With a total distance of 9.4 km and an estimated duration of two or three hours, the ascent is graded as difficult for hikers who need to be in tip-top physical condition with a sufficient level of acclimatisation, proficiency in orienteering, adequate clothing and a certain amount of experience in mountaineering.

In short, it’s not possible to simply ‘walk’ up to the summit of Pico. After the initial slope up to the cavern called Furna, climbers have to scramble some 1,000 metres (3,280 feet) over steep rock faces.

During the summer months (i.e. June through September), the ascent is possible in good weather, which is when most people choose to climb the mountain. Entirely cloudless days are a rare occurrence on Pico, but it’s also possible to make the ascent when there’s a lower, lighter layer of cloud.

Standing tall and proud, Pico is in fact the top of the world’s largest and mostly underwater mountain range known as the Mid-Atlantic Ridge, which measures 16,100 km long and 805 km wide.

If you are planning to climb the mountain during your stay in the Azores, remember to take plenty of body fuel with you including at least three litres of water, some energy bars, bananas and sandwiches.