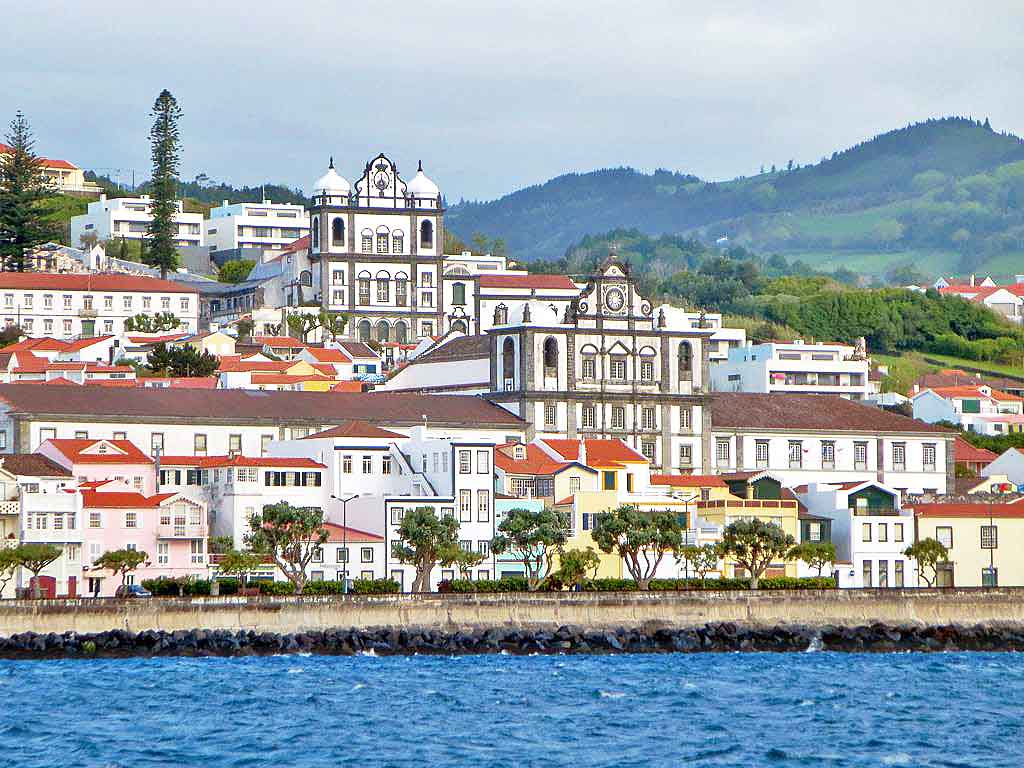 Horta is a regular meeting point for trans-Atlantic yachts

Faial’s capital, Horta, is a major seafaring centre and a regular meeting point for yachts and other vessels crossing the Atlantic, having played host to streams of caravels, clippers and catamarans over the centuries. The city is also a popular departure point for deep-sea fishing trips, dolphin- and whale-watching excursions and scuba-diving activities.

Set on two adjacent bays in the central group of the Azores, a mid-Atlantic archipelago belonging to Portugal, the town derives its name from the first Flemish settler, Josse van Huerter, who arrived on the island in 1465.

Central and northern Horta start at the castle built in 1567 to defend the harbour. Nearby stands the towering church and former convent of St Francis which dates back to the end of the 17th century.

The Scrimshaw Museum above the famous Peter’s Café Sport by the water’s edge exhibits engraved whales’ bones and teeth dating back to 1884. The bar itself is a magnet for skippers and their crew enjoying a mid-Atlantic stopover.

15 km from Horta is the Caldeira Cabeço Gordo, a vast green 400-metre-deep volcanic crater in the centre of the island.

Faial’s other spectacular natural sight is the Vulcão dos Capelinhos, where volcanic activity in 1957 extended the island on the west side, smothering a lighthouse which can now be seen buried in ash. The excellent volcanology centre catalogues in vivid detail the series of seismic events that created the lunar landscape that now marks Faial’s west coast.