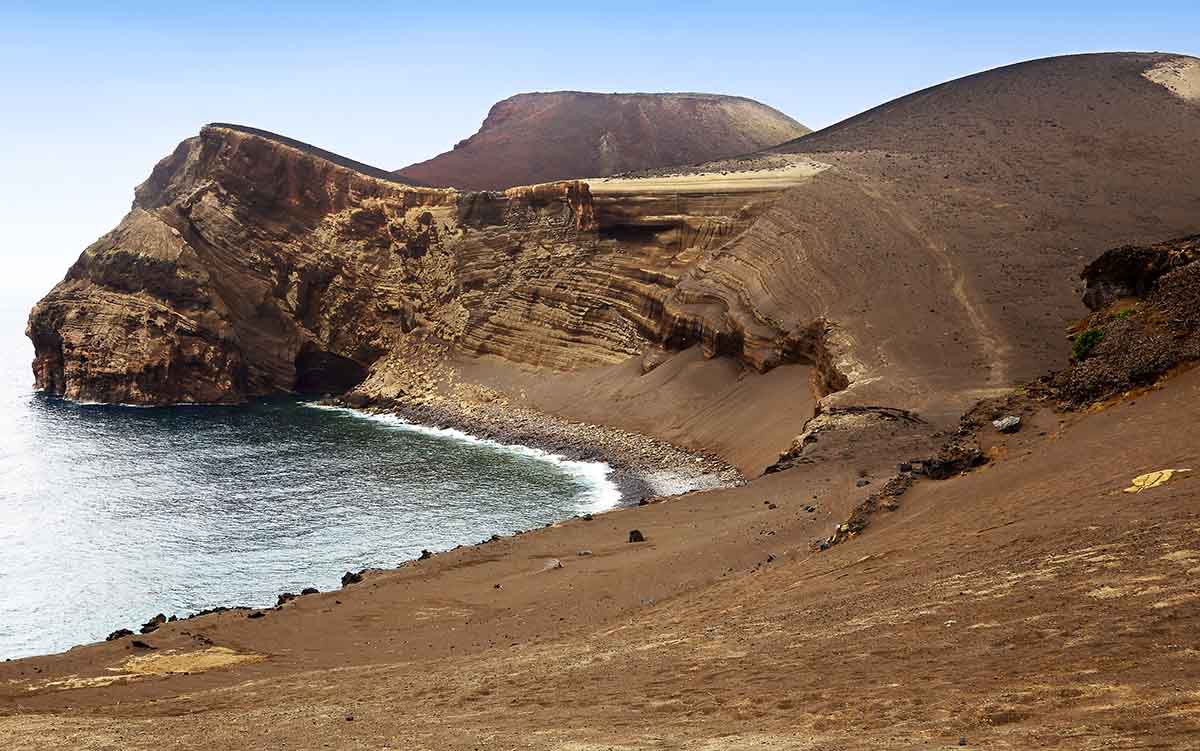 The Azores are volcanic in origin and reminders of this are all around – the black sand beaches, the lava flows that line many coastal areas and the many craters that dot the landscape – but none are more striking than Capelinhos on the western edge of Faial Island.

The eerie moonscape of Capelinhos marks the spot where the 1957 eruption extended the island by almost two and a half kilometres.

For eleven days and eleven nights in September of that year, the peaceful island of Faial shivered and shook to no less than 200 earth tremors but the intensity subsided and the local people finally began to relax.

Then suddenly, on the morning of the 27th of September, an underwater eruption took place about one kilometre off the island’s west coast near the islets of Capelinhos (indicated on the Google map below), hurling gas, ash and seawater thousands of metres into the sky.

The eruption passed through various stages with the initial gas and vapour emissions followed by violent explosions heaving vast plumes of ash and lava high into the clouds as currents of hot lava flowed into the sea.

Over the month that followed a new island was formed which the locals christened Ilha Nova (New Island), reaching a height of some 100 metres. But the eruption stopped as quickly as it began and Ilha Nova soon retreated beneath the ocean waves.

The island’s population breathed a sigh of relief thinking that the eruption had burned itself out. But it hadn’t.

On the 7th of November, a 100-metre-high jet of ash announced the beginning of a year-long eruption which carried on through to the 24th of October 1958 when the nightmare was finally over.

Besides enjoying a close-up view of the island’s volcanic extension, visitors to Faial today can marvel at the work of Mother Nature at the Capelinhos Volcanology Centre where guided tours and a 3D film depict the force of one of the most spectacular eruptions in the archipelago’s history.