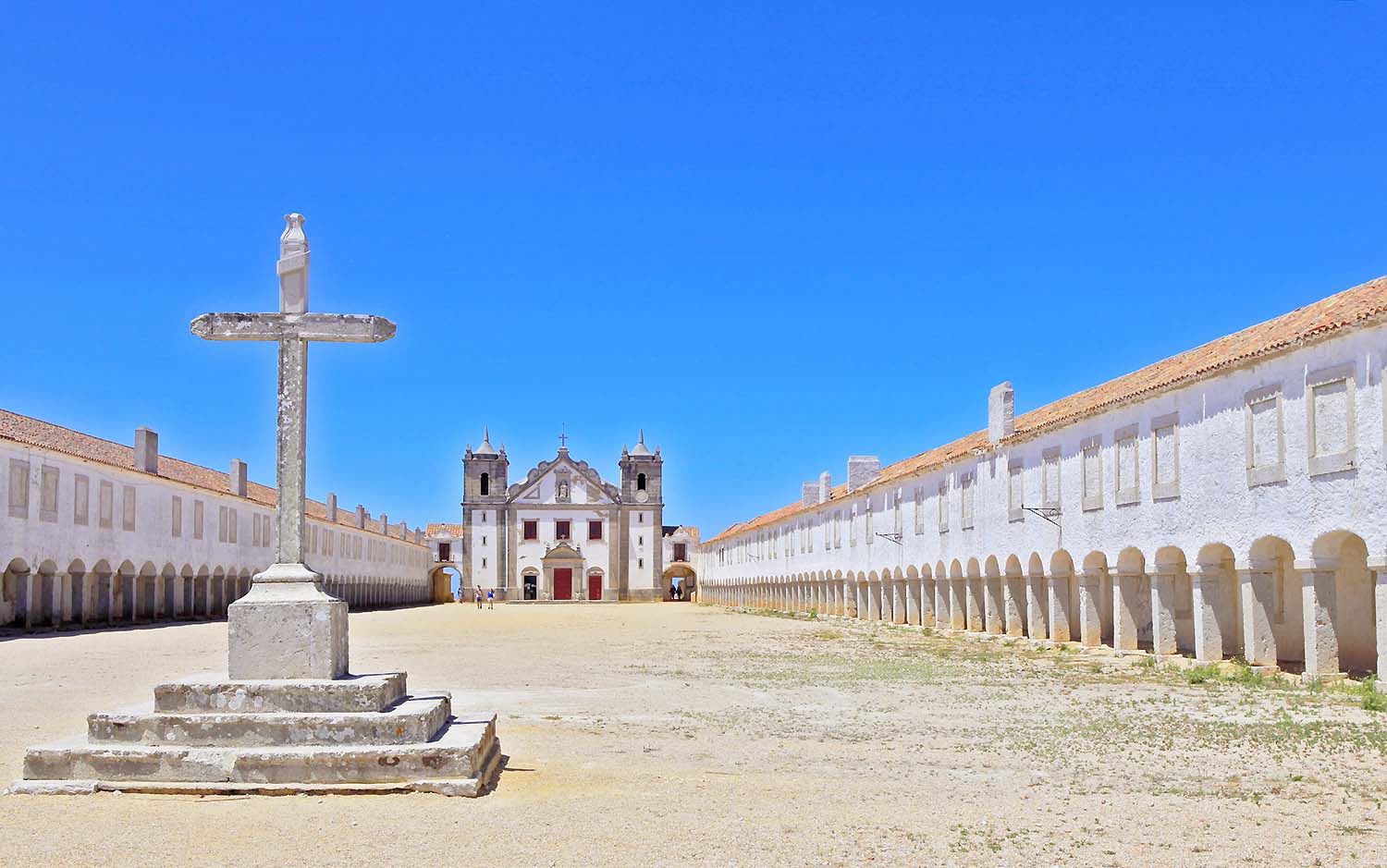 Cabo Espichel sanctuary was once an important place of worship

Located within the protected Arrábida Natural Park, Cabo Espichel is a lonely, brooding promontory where land comes to an abrupt end on the south-western tip of the Setúbal Peninsula some 50 km south of Lisbon.

Once a place of intense religious devotion, this remote and often windswept place features a delightful church flanked by two rows of arcaded pilgrims’ lodgings set around an open courtyard to form the sanctuary known as Our Lady of the Cape (Santuário de Nossa Senhora do Cabo).

Built in the classical style, the 17th-century church has a splendid interior of baroque paintings, gilt wood carvings and a fine frescoed ceiling by Lourenço da Cunha.

Another key feature of the sanctuary is the Ermida da Memória, a small domed seamen’s chapel dating from the 15th century and notable for its exquisite blue and white azulejo panels. It was at this spot that two local fishermen saw the Virgin Mary rise from the sea on a mule in the 13th century, thus establishing the site as an important place of pilgrimage in the Middle Ages with multitudes flocking there to worship the Lady of the Cape.

The landscape changes quite dramatically on the approach to this historic headland. Covered with low brush and heath, it’s a setting that would have looked like the end of the world in days gone by; a bleak, salt-encrusted promontory with plunging, head-spinning views of the piercing blue sea as the waves crashed mercilessly into the rocks 100 metres below.

So often the landfall mentioned in Horatio Nelson’s despatches, it was just off this cape that the Portuguese warrior, Dom Fuas Roupinho, vanquished enemy forces heading northwards up the coast towards Lisbon on the 29th of July 1180. He captured several of their ships before taking his last breath at the cape four years later following another fierce sea battle with the Moors.

Built in 1790, Cabo Espichel Lighthouse has been a beacon for passing ships these past two centuries on account of its powerful beam that extends more than 50 kilometres, warning seafarers of the treacherous conditions of the surrounding waters. Also well worth seeing are the gigantic dinosaur footprints embedded into the cape’s cliffs not far from the sanctuary.

The views from Cabo Espichel (indicated on the Google map below) are stunning, stretching all the way down the Costa da Caparica in the direction of Lisbon to the north and the Alentejo coast to the south. Some of Lisbon’s best beaches line the coast north of Cabo Espichel, most notably Meco and Lagoa de Albufeira.

There’s lots to see in close proximity to Cabo Espichel, such as Sesimbra, an attractive seaside resort with a long sandy famous for its fish and seafood restaurants, and the wine-making town of Azeitão. A key feature of the landscape south of Lisbon is the great limestone ridge of the Serra da Arrábida, home to the world’s oldest living examples of Mediterranean vegetation.

Other places worth exploring include Palmela, a charming hilltop town huddled around a magnificent castle and Setúbal, a vibrant port city nestling on the north bank of the Sado Estuary (home to the famous bottlenose dolphins). From here, visitors can take the passenger or car ferry to reach the Tróia Peninsula, one of the best beach destinations in Portugal.