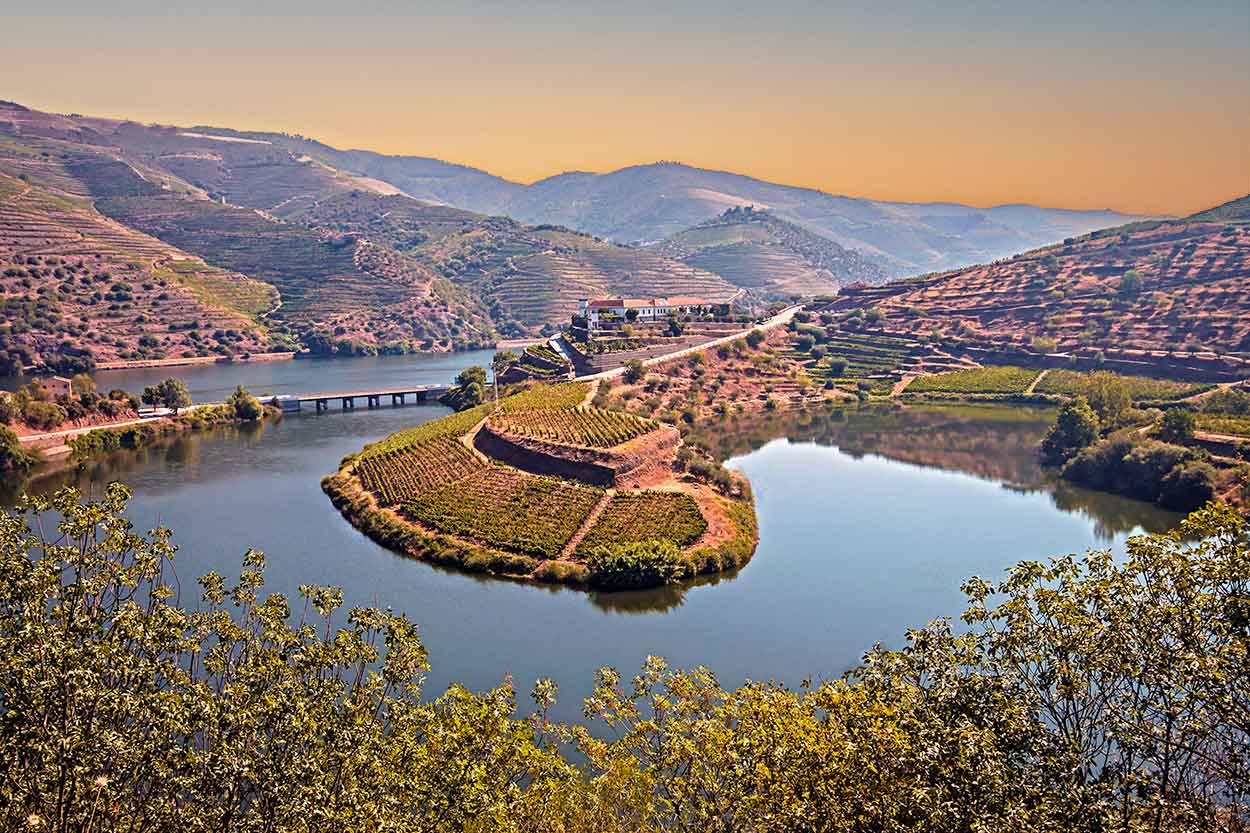 The Douro region of northern Portugal

Nestling between the Minho in the north and the Beiras of central Portugal, the Douro region is one of the most scenic parts of the country and a magnet for visitors looking for a true taste of the country’s wine-rich hinterland.

Roads criss-crossing this vast area offer endless opportunities to stop and appreciate the sheer splendour of this enchanting place that was once described as one of the ‘forgotten wonders of the world’.

There are several ways to enjoy the grandeur of the Douro, such as touring the many vineyards to be found in the heart of Port wine country, embarking on a scenic train journey or cruising up and down the river on an ultra-modern hotel ship.

And there’s much to see and do en route, including the chance to marvel at the ancient rock carvings of Foz Côa, photograph and visit well-preserved Visigothic churches and enter some of the most exquisite baroque churches in the country.

The region is also awash with interesting towns and villages, many of them very historic and best savoured with a one- or two-day stopover.

Set on a bend of the River Tâmega, Amarante is an old town that’s most notable for its medieval triple-arched bridge and the magnificent church and former monastery of São Gonçalo which dates back to 1540.

An ancient episcopal town, Lamego is located in a fertile valley in the heart of the Douro region and from within the walls of its 12th-century castle, a young Afonso Henriques was declared Portugal’s first king in 1143.

Another must for travellers touring the area is a visit to Peso da Régua, a peaceful town situated in the heart of the Douro Valley and very much the epicentre of Portugal’s demarcated Port wine-making region.

With its pleasant riverside location, Pinhão (indicated on the Google map below) is another wine town par excellence with many interesting attractions and the perfect base from which to participate in the annual grape-harvesting celebrations.

One of the great waterways of the Iberian Peninsula, the majestic River Douro weaves a long and winding passage right across northern Portugal from the Spanish border to the Atlantic Ocean.

With its steep banks, the river recalls certain parts of the Rhine, and this effect is further heightened by the long lines of vines basking in the bright Douro sunshine.

The region is very fertile, with orchards, olive groves and grapes growing in abundance and this beautiful setting explodes into life in September and October when the terraces are worked by thousands of pickers to mark the beginning of the Port wine-production process.

And nowhere else are the local festas (known as romarias, which literally translates as ‘peregrinations’) so popular and exuberant, with some of them going on for several days and nights with much feasting and social gaiety.

Many of the most spectacular vistas lie within the demarcated Port wine-growing region of the Upper Douro, which was the first in the world to receive such recognition and today is classified as a Unesco World Heritage Site.

The Douro and Tâmega rivers meet amidst magnificent scenery and the town of Entre-os-Rios is set at their confluence. Visitors can witness the breathtaking Douro landscapes unfold and in some places the road or railway line upon which they travel are so close to the river bank that they could lean out of the window and almost touch the water with their hand.

And the views are head-spinning; for instance, when leaving the town of Sabrosa by car, the road descends steeply towards the River Douro and offers fine views of the deep valley stretching out towards Pinhão, one of the region’s principal Port wine towns.

Rail enthusiasts are equally well catered for with an old steam train that runs from Peso da Régua to Tua and back on a trip that reenacts the golden age of train travel in Portugal.