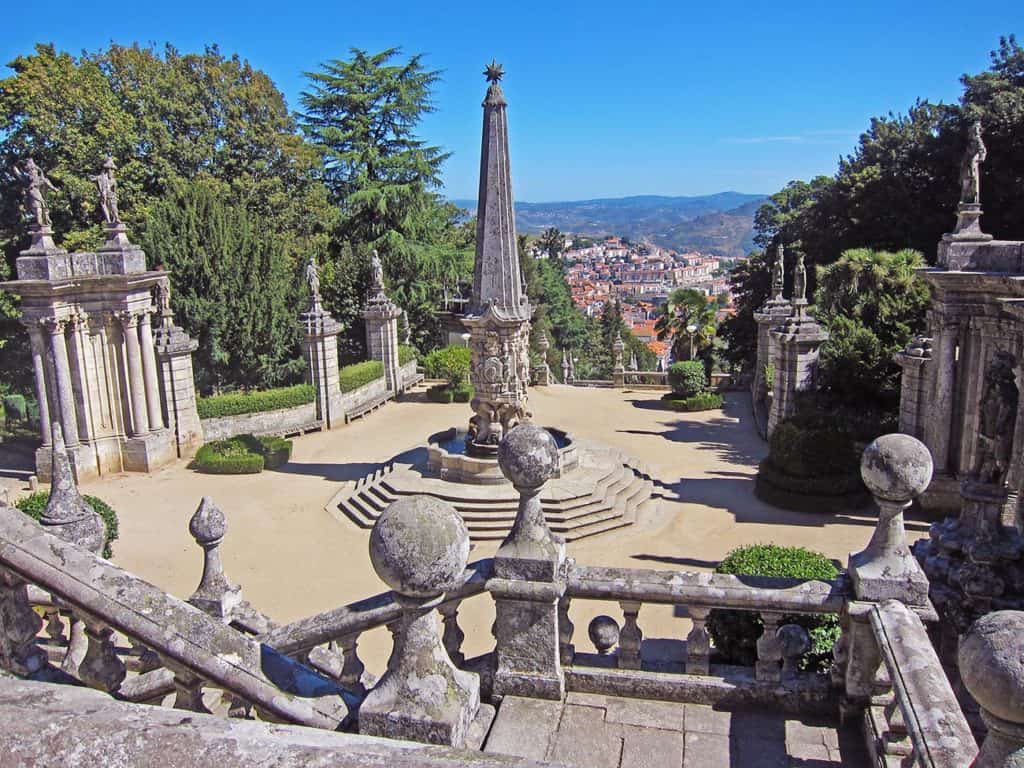 Lamego is famous for its Baroque-style staircase

Overlooked by one of Portugal‘s most important shrines, Lamego is an ancient episcopal centre lying within the Upper Douro’s demarcated port wine area.

Located in a fertile valley, this delightful Baroque town has a charming central square laid out as a public garden surrounded by elegant 17th-century buildings.

It’s most significant role in Portugal’s history was as the site where, in 1143, Afonso Henriques was officially declared as the country’s first king.

Lamego’s 12th-century castle on one of the city’s two hills preserves a fine 13th-century keep and an unusual Moorish vaulted cistern.

Atop the other hill is its most important building, the pilgrimage church of Nossa Senhora dos Remédios, which is reached by a magnificent Baroque-style 600-step staircase.

The city’s cathedral, a Gothic structure, was built by Afonso Henriques in 1129 and the municipal museum housed in the early 18th-century bishops’ palace includes 16th-century Flemish tapestries and works by the renowned Portuguese master, Grão Vasco.

Just 3 km from Lamego, the little rustic church at São Pedro de Balsemão is said to be the oldest in Portugal. Built in the 7th century by the Christian Visigoths before the arrival of the Moors, it was restored in the 17th century and left largely untouched ever since.

The church of the first Cistercian monastery at São João de Tarouca, 17 km from Lamego, was founded in 1139. Its painting of St Peter by Grão Vasco is a national treasure.