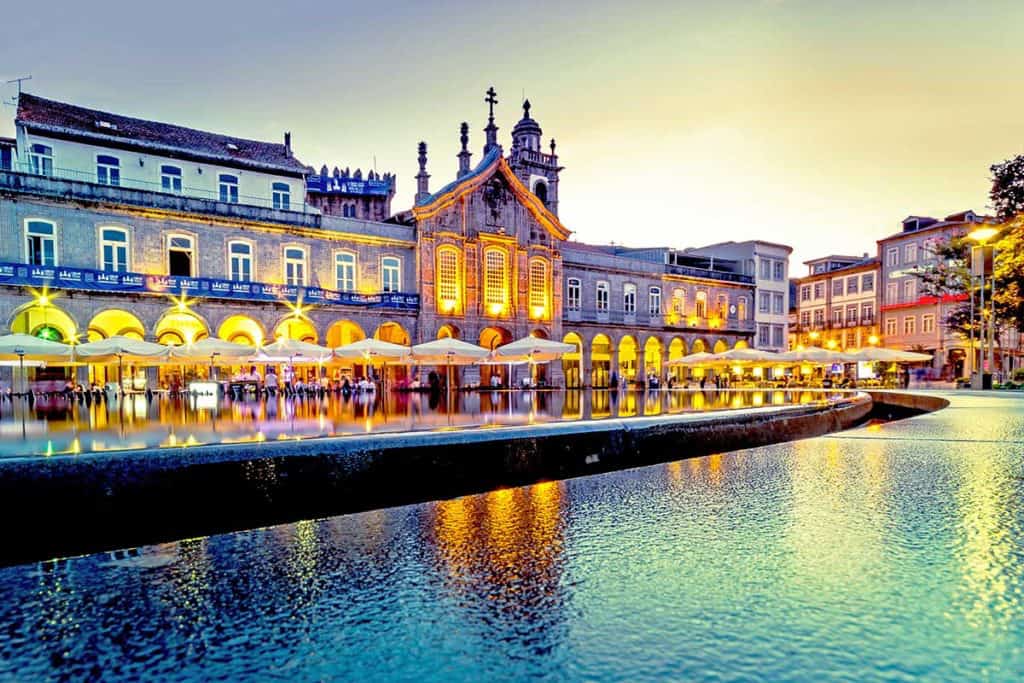 The ancient city of Braga in northern Portugal has always been an important centre for culture, commerce and religion. The Romans dedicated it to their Emperor and called it Bracara Augusta, making it their Galician head-quarters in 216 BC.

Following a succession of destructive invasions, the city was rebuilt by Bishop Pedro (1070-1093), who established it as one of the most important religious centres in the Iberian peninsula. In the 12th century, it became the seat of Portugal‘s archbishops, and the country’s religious capital.

Braga is a large city with much to see. First stop should be the magnificent Sé Cathedral which was begun in the 12th century, making it one of the oldest in southern Europe. Its most important features include a chapel housing the 15th century tomb of King João I’s first son, Dom Afonso, who died in childhood. The cathedral also houses the city’s Sacred Art Museum, which contains a rich collection of ecclesiastical treasures, statues, carvings and rare azulejo glazed tiles.

Near the cathedral is the former archbishops’ palace, which dates back to the 14th century. The are several more impressive buildings to see, including the 16th century Church of the Misericórdia with its Baroque wood carvings on the main alter and the Church of São Vicente originally founded in the 7th century and rebuilt in 1691.

To the west of the city centre is Biscainhos Palace, an aristocratic mansion originally built in the 16th century and now home to the Ethnography and Arts Museum.

In close proximity to Braga, the chapel of São Frutuoso de Montélios just 3.5 km away is one of the few remaining examples of pre-Romanesque architecture to be found in the whole of Portugal. Built in the 7th century, it was destroyed by the Moors and rebuilt four centuries later.

The star attraction on the outskirts of Braga is the religious sanctuary of Bom Jesus do Monte, located high on a forested slope 6 km east of the city. At the top of a great pilgrims’ stairway stands an impressive church from where visitors can enjoy spectacular views of the surrounding countryside. The shrine also boasts a splendid baroque staircase that climbs up a wooded hillside in a series of terraced zigzags. An old funicular provides an alternative method and in many ways more appealing of reaching the top.