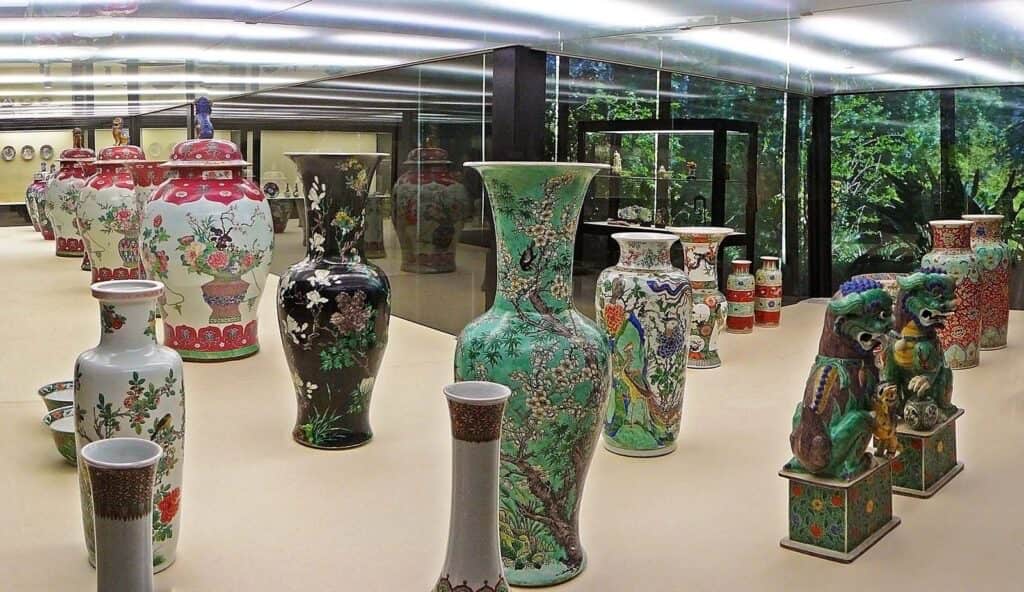 The Gulbenkian is one of the world's top art galleries

One of Portugal’s most prized cultural assets is the Gulbenkian Museum, a large, handsome complex set in 17 acres of its own lush gardens on the northern edge of Lisbon city centre.

Established in 1956, its key elements are the Founder’s Collection comprising over 6,000 pieces of artistic treasure and the Modern Collection, arguably the largest gathering of modern Portuguese art anywhere in existence.

A long-time art connoisseur, the Armenian oil tycoon Calouste Sarkis Gulbenkian lived a remarkable life. Born in Turkey, he travelled extensively and resided in a number of magnificent cities, including Istanbul, London and Paris, amassing an enormous private collection as he went.

He’d been happily residing in Lisbon for thirteen years at the time of his death in 1955, and as a result Portugal inherited one of the world’s most precious art collections, ranging from ancient Egyptian statues to exquisite Art Nouveaux jewellery by René Lalique.

Some of the museum’s best-known paintings permanently on display are Rembrandt’s Portrait of an Old Man (1645), Rubens’ Portrait of Helena Fourment (1630-32) and Renoir’s Portrait of Madame Claude Monet (1872-74).

But the paintings are just part of the collection. Aficionados travel to the Portuguese capital from all four corners of the globe to appreciate the museum’s vast array of Egyptian art (don’t miss the 26th dynasty funerary statuettes), Greco-Roman art (notably the wide-rimmed terracotta vase from 440 BC), sculpture (Houdon’s fine marble statue of Diana once belonged to Catherine the Great of Russia) and furniture (some of which was made for Louis XV and XVI of France).

There’s a lot more to see, of course, including Oriental art (the Chinese and Japanese porcelains are stunning), books (the highlight being the perfectly-preserved late-13th century English Apocalypse) and the famous Lalique Collection (Gulbenkian was a close friend of the renowned French jeweller René Lalique and acquired enough pieces to fill an entire room).

Housed in a separate building located in the south of the garden, the Modern Collection features paintings and sculpture by mostly Portuguese artists, more than 1,200 in total, from the turn of the 20th century to the present day. Look out for works by Amadeo de Souza-Cardoso, Vieira da Silva, Paula Rego and Almada Negreiros, the latter being most famous for his striking portrait of poet Fernando Pessoa in the Café Irmãos Unidos (1964).

The museum is part of the Gulbenkian Foundation which also runs a busy programme of music and other cultural events throughout the year, such as the popular summer jazz festival. Other elements of the foundation include a first-rate orchestra, art library and a thriving scientific research institute.

More good news for visitors is the fact that the Gulbenkian Museum lies in close proximity to some of Lisbon’s other key tourist attractions, most notably the zoo at nearby Sete Rios and one of the city’s lesser-known beauty spots, the Estufa Fria Plantation.