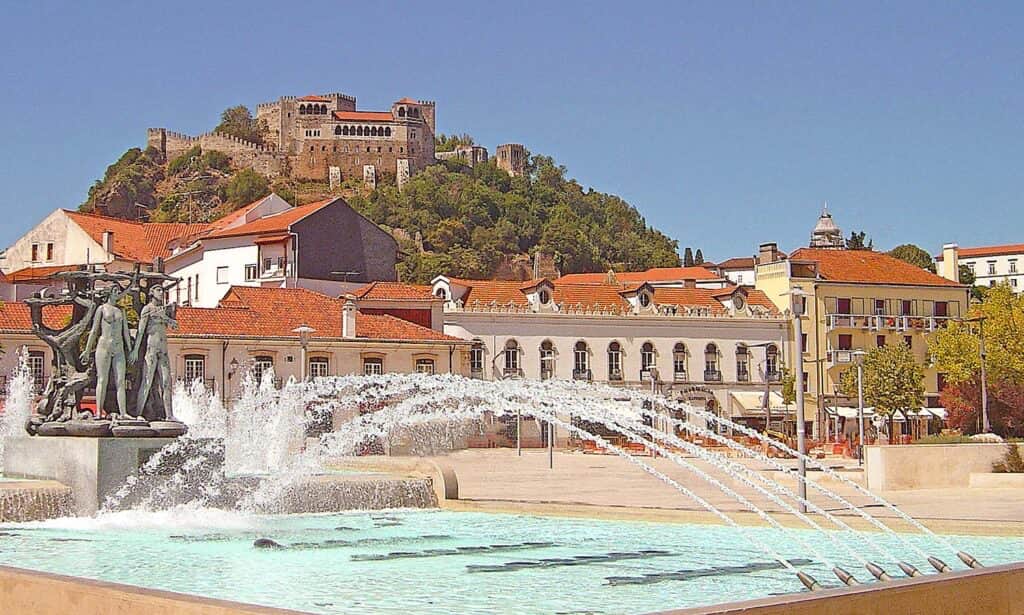 Leiria is famous for its castle and royal palace

Surrounded by one of the oldest state forests in the world, the lovely old city of Leiria was once the southernmost outpost of the early Portuguese kingdom at a time when Lisbon was still under Moorish occupation.

Resting on the banks of the River Lis, the city spreads itself leisurely over a series of hills, and from any given point you can see its great castle hanging almost vertically above the city’s historic quarter – an area of cobbled streets, attractive gardens and fine old squares lined by many well-preserved 16th- and 17th-century residences.

Originally the Roman town of Collipo, Leiria was captured from the Moors by Portugal’s first king, Afonso Henriques, in the 12th century. It was re-built in 1324 by Dinis, the poet king, as a fortress and summer palace for himself and his wife, an Aragonese princess who later became Saint Elizabeth. The castle features a magnificent balcony high above the city flanked by two square crenellated towers protecting a shaded garden courtyard.

Within its walls stands the roofless church of Nossa Senhora da Penha erected by King João I around 1400, which is particularly notable for its lovely Gothic chancel and an arcade decorated with Manueline motifs. Below the castle is the small 12th-century Romanesque church of São Pedro and the Sé Cathedral, a large 16th-century pale stone building in the Renaissance style.

High on a hill opposite the castle, and approached by a staircase of 172 steps, the sanctuary of Nossa Senhora da Encarnação was built in the 17th century and still features many exquisite azulejo tiles from that period.

Housed in the former convent of Santo Agostinho, the Museum of Leiria recounts the story of the city with old paintings, sculpture, archaeological exhibits and fossils dating back 150 million years.

Between Leiria and the Atlantic Ocean to the west stretches the Pinhal Real (Royal Forest), an area of immense natural beauty. In about 1300, King Dinis began the systematic planting of trees brought from Landes in France, and his mission was to curb the spread of sand dunes which strong ocean gusts were extending deep into Portugal’s heartland. Still maintained today, the forest provided timber for the caravels that travelled to all four corners of the globe during Portugal’s golden Age of Discovery.

Leiria is the ideal base from which to explore the enchanting Estremadura region, which encompasses many points of tourist interest, most notably the monasteries of Batalha and Alcobaça located 14km and 37km away, respectively.

Just 30km to the south-east of Leiria lies the world-famous religious sanctuary of Fátima where three young children saw visions of the Virgin Mary over a century ago.

The town of Marinha Grande 12km west of Leiria is another place of tourist interest on account of its old glass factory originally founded by Englishman John Beare in 1748.

Leiria is also within easy striking distance of many long sandy beaches, most notably those of Figueira da Foz (70km to the north) and Nazaré (37km south-west), the latter being the host of the annual Big Wave Tow Surfing Challenge.