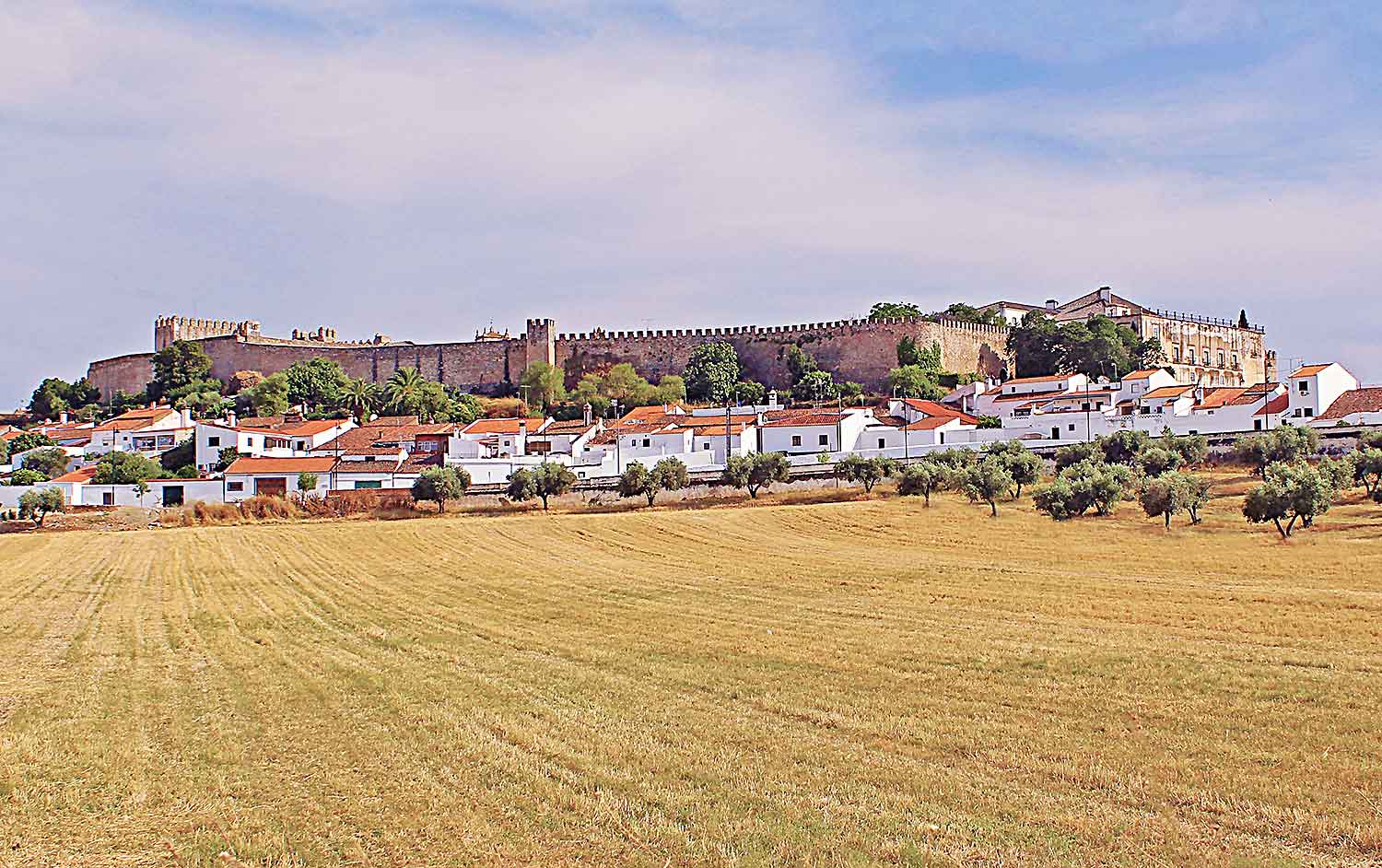 Serpa is one of the loveliest towns in the Alentejo

Famous for its creamy cheeses, Serpa is a peaceful agricultural hilltop town of lovely white houses huddled around an ancient castle in the south-eastern corner of the Alentejo.

Situated just 30 km from the Spanish border, it is an excellent base from which to explore the lower eastern side of Portugal, as well as neighbouring parts of south-western Spain.

The town itself, which is walled and medieval in parts, was founded in 400 BC by the Turdelos, one of the original peoples of Iberia. Known to the Romans by the same name, Serpa was later conquered by Geraldo Sem-Pavor in 1166, taken again by the Moors and finally regained in 1232.

The town bravely resisted subsequent attacks over the centuries until a brief Spanish occupation occurred in 1707-8.

Today, the traditional route into Serpa is still by its fortified gate, the Porta de Beja, which leads through the ramparts into the towns narrow, cobbled streets.

Interestingly, Serpa is the centre of a district celebrated for its choral singing and visitors, much to their delight, are sometimes serenaded by the town’s traditional singers, many of whom are genuine descendants from the medieval troubadours who once graced its peaceful squares.

Serpa has many interesting attractions, such as the lovely convent church of Santo António originally built in 1463 and well worth seeing for its small cloister and flamboyant 18th-century azulejo glazed-tile panels depicting the life of St Francis.

Of Moorish origin, Serpa’s castle was rebuilt by King Dinis in the late 13th century but was badly damaged during the Spanish invasion in 1707. An archaeological museum located inside the castle walls is full of Paleolithic, Neolithic, Roman and Moorish artefacts.

Housed in the former convent of Mosteirinho, a beautiful 16th-century Manueline building, the town’s fascinating Museum do Relógio (Clock Museum) has around 2,000 timepieces spread across ten spacious rooms.

Built into the town walls, the palace of the Counts of Ficalho is supplied water by a tall, slender aqueduct which dates from Roman times and runs in part along the top of the walls.

Made with ewe’s milk and curdled with thistle extract, the town’s Serra-type cheese is lusciously buttery and sold in small establishments all over town. If you happen to be in the area in February, don’t miss the Feira do Queijo do Alentejo (Alentejo Cheese Festival) where local cheeses of all shapes, sizes and smells can be sampled and purchased in a typically festive atmosphere.

The town’s surroundings are rustic, picturesque and full of wonderful places to visit. From Aldeia Velha on the main road from Serpa to Beja stretch olive groves so old that they generally considered to date from the time of the Moors.

Beja, just 8 km west of Serpa, boasts a magnificent 15th century convent and an ancient castle. Once a busy Roman capital under the name of Pax Julia, it was where the peace treaty with the native Lusitanians was signed.

To the south of Beja lies the pretty whitewashed town of Mértola, which is famed for its imposing hilltop castle and unique Moorish-style church.

Visitors with time on their hands can go kayaking or boating on Alqueva Lake, Europe’s largest reservoir, located less than 50 km due north of Serpa. Besides being a first-class water sports destination, the Grande Lago de Alqueva (as it is known locally) covers some 250 square-kilometres and irrigates Portugal’s most arid region, an area previously subject to persistent droughts.