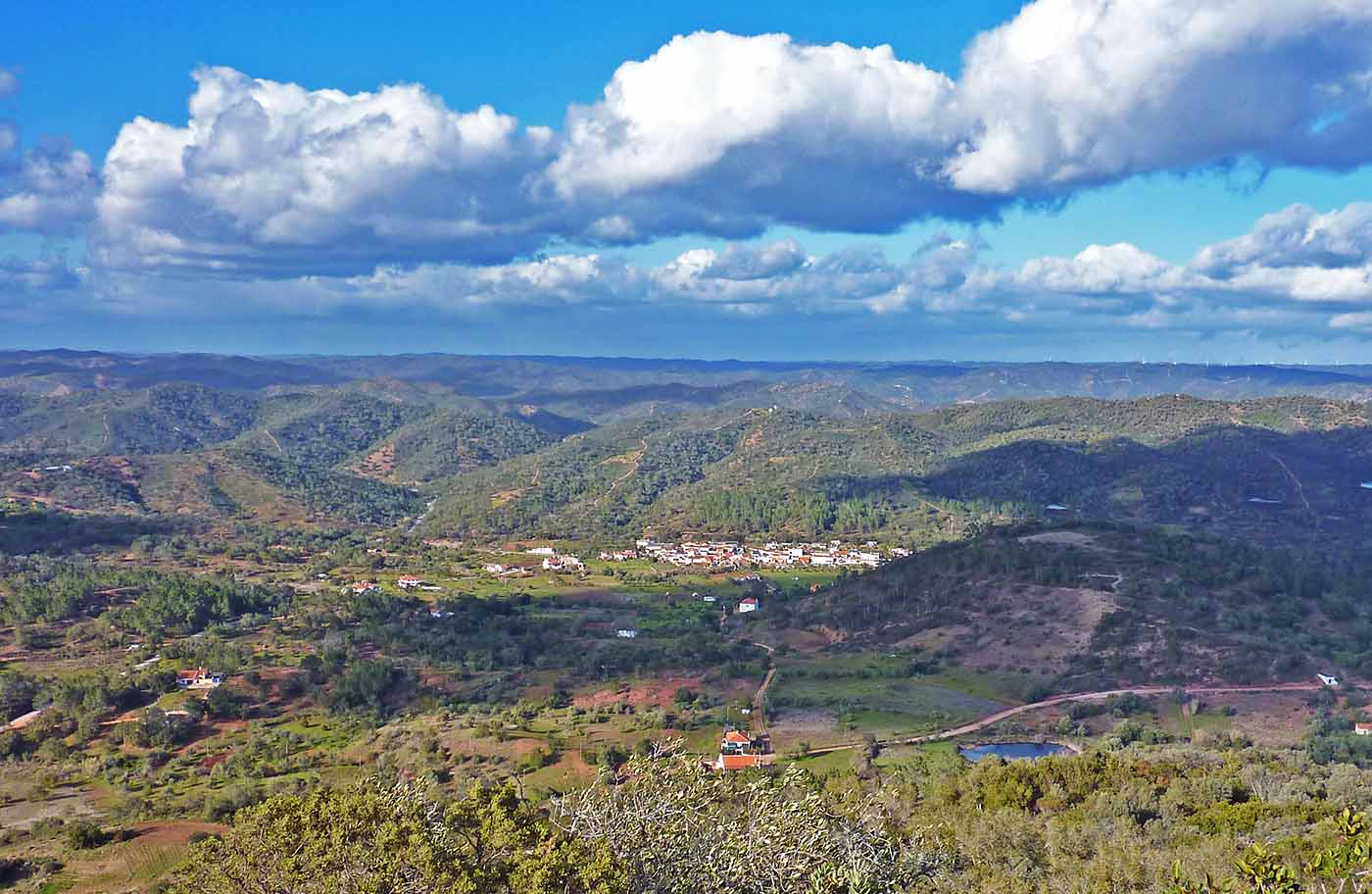 Alte is one of the prettiest villages in the Algarve

Visitors in search of the real Algarve need look no further than Alte, a pretty village tucked away in the hills north-west of Loulé.

Nestling in a fertile valley at the foot of the Caldeirão Mountains, in the heart of southern Portugal, Alte is the hub of a fertile agricultural region where farming methods have changed very little since World War II.

Famed for its authentic Portuguese character and long cultural traditions, it enjoyed an illustrious reputation as a preferred sightseeing destination almost a century before mass tourism swept the country’s sun-baked south coast.

Thankfully, the village has retained its intrinsic Algarvean identity because of its isolation from the coastal tourist belt. The streets are narrow but sunlit and the houses are simple and freshly lime-washed in white with bright-coloured adornments that owe their origins to Arab motifs, while the ornate, latticed Algarve-style chimneys are amongst the most impressive in the whole of Portugal.

Over the years, the village subsequently developed around its delightful 13th-century parish church, the Igreja de Nossa Senhora da Assunção, which is renowned for its exquisite blue and white azulejo tiles depicting angels playing musical instruments. The interior is also worth seeing for its magnificent Baroque altar-piece and nine retables decorated with fine gold leaf in the Rococo style.

From the top of four rocky hills that rise above the village, the visitor has fine views of a verdant, harmonious expanse dotted with palm trees, bougainvillea and lush gardens. A brook that snakes downhill through the village waters orchards of orange, fig and pomegranate, while the quality of Alte’s natural spring water is said to account for the health and longevity of the locals.

Close to the village’s natural spring is the shrine of S. Luis Fonte das Bicas with its little castle, an area known as the Fonte Grande where locals like to rest in the shade of the trees and enjoy the cool atmosphere.

About an hour’s climb up the hill of Pena is Buraco dos Mouros, a huge three-chambered cave where the Moors are said to have sought refuge during the reconquest of the Algarve. The first cave presents a magnificent appearance from the reflection, by its crystals, of the torchlight and a narrower passage runs through to the second cave, which is larger and even more stunning.

Close by lies one of the Algarve’s true natural wonders, the little church (igrejinha) of Soidos located in Rocha dos Soidos. This is not a building erected by man in praise of God but an awe-inspiring grotto where thousands of stalactites and stalagmites form columns and cathedral-styled lacey vaults, inviting the spectator to sudden meditation and exaltation.

Visitors to this region should not miss the opportunity to visit Fonte da Benémola, one of the Agarve’s most enchanting conservation zones. Comprising some 390 hectares of winding fertile valleys framed by rocky hills, the land is irrigated by natural springs and rich in flora and fauna.   Fonte da Benémola is a sequestered haven where one feels in total communion with nature. It forms part of the parish (and village) of Querença which features a picturesque whitewashed 18th-century church with a striking Manueline doorway.

Little known by the average tourist, another sightseeing spot well worth visiting is Rocha da Pena located a few kilometres west of Salir. Rising to 1577 feet (480 metres) at its western end, it forms one of the most outstanding natural features of the Algarve hills.