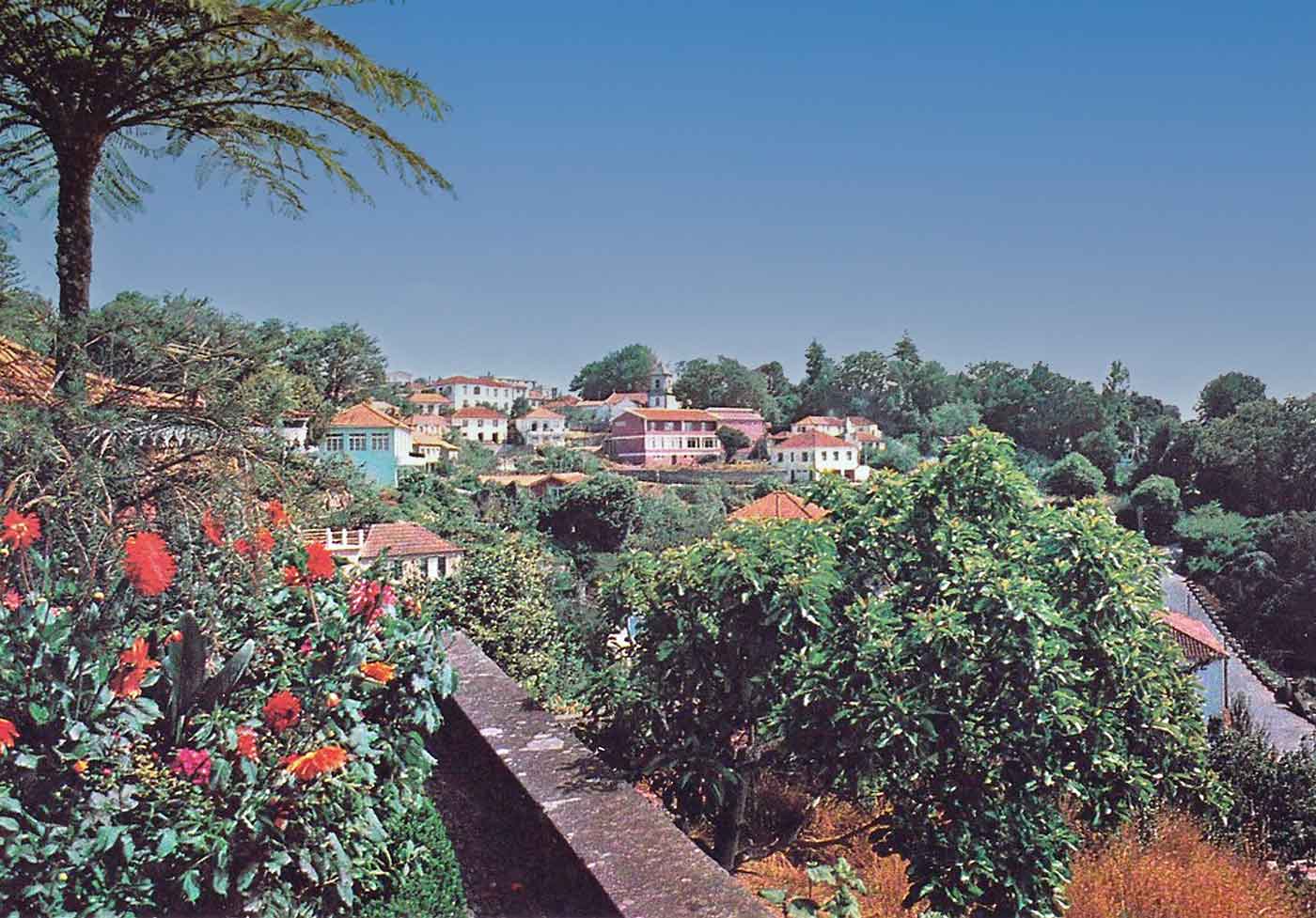 Located high in the Madeira hills at an altitude of 700 metres (2,296 feet), Camacha is a pretty little place situated just a few kilometres north-east of the island’s capital, Funchal.

Surrounded by misty woodlands, this prosperous highland village thrives in an enchanting mountain setting of flowers and fertile orchards where the pace of life is very relaxed and the restaurants are small, friendly and very rustic.

The surrounding groves of willows provide the precious raw material for making Camacha’s speciality, because the village has long-been the headquarters of Madeira’s thriving wicker industry, a business introduced by the English in Victorian times when many wealthy British families built their summer houses there.

With an abundance of cane and willow growing in the local area, the villagers soon acquired the knowledge to produce extraordinarily skilful wicker furniture of the highest quality.

The wickerwork process begins with the long green canes being cut in spring before being soaked, peeled and graded according to their strength and size.

Established midway through the 19th-century, this profitable tradition continues to boom today with local weavers creating baskets of every shape and size, along with many other useful everyday items. Besides armchairs, you will also see an assortment of wicker animals, including elephants, birds, reindeer and giraffes, among others.

Camacha is also famous for its folk dancers and musicians accompanied by chords from a braguinha (a type of four-string guitar), and if you’re visiting the island in October you cannot miss their performances at the annual Festa da Maça (Apple Festival), one of the most popular annual cultural events on the island.

Lined by hydrangeas and thickets of water-cress, the road north out of Camacha takes you to Santo da Serra, a densely forested plateaux set at an altitude of around 700 metres where some of the most head-spinning views of Madeira’s spectacular east coast can be enjoyed.

Just 10 kilometres (6 miles) to the south-west of Camacha lies Funchal, Madeira’s enchanting capital, where many of the island’s top tourist attractions can be found. Built between 1486 and 1514, the city’s magnificent Sé Cathedral features a mudejar ceiling of local cedar wood and a Baroque carving of the golden Sacramento chapel.

Another major attraction close to Camacha is Monte, a charming village famous for its toboggan run, which the American author Ernest Hemingway once described as ‘the most exhilarating ride’ of his life.

Camacha (indicated on the Google map below) is also within easy reach of Pico do Arieiro, Madeira’s third-highest peak (1,818 metres) and a popular destination for visitors exploring the central parts of the island. At the top of the mountain you can stop for a picnic and enjoy breathtaking views as far as Pico Ruivo (the island’s highest point) on a clear day.

When the intrepid explorer João Gonçalves Zarco and his crew dropped anchor at Machico (a short drive to the north-east) on the 1st of July 1419, their arrival officially marked Portugal’s presence on Madeira. Once the island’s capital, this lovely seaside town is notable for its old church (the Igreja de Nossa Senhora da Conceição) which dates right back to the late 15th century.

Other places worth visiting in the Camacha area include Funchal’s wonderful Botanical Gardens and Santa Cruz, a pleasant town with many fine buildings and a vibrant seafront area.