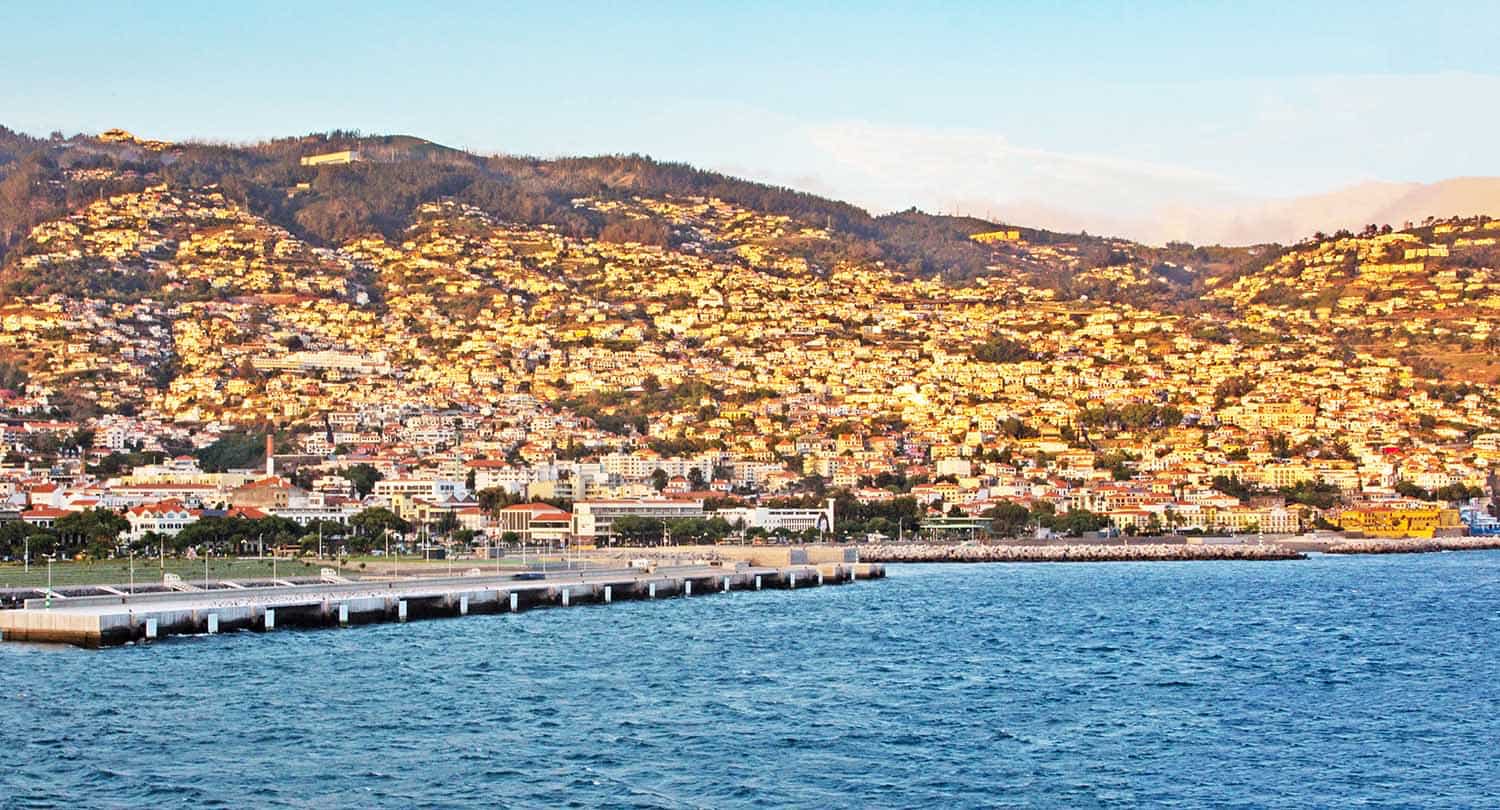 Set on a glittering bay against a background of soaring green mountains and nestling picturesquely into the shelter of the verdant hillside, the enchanting city of Funchal attracted Madeira’s earliest settlers in the 15th century.

With its winding cobbled streets and elegant colonial-style buildings, all set in a prime Atlantic location, Madeira’s capital city is one of Europe’s top tourist destinations.

Funchal’s historic centre overlooks the harbour and features some fine government buildings and stately 18th-century mansions. The city’s deep natural harbour offers perfect conditions for passing ships, which has helped establish Madeira as one of the world’s most popular cruise stopovers.

The simple whitewashed Sé Cathedral was built between 1486 and 1514 and its main features are the magnificent mudejar ceiling of Madeira cedar wood and the voluptuous Baroque carving of the golden Sacramento chapel to the right of the main altar.

Now a museum, the Quinta das Cruzes on Calçada do Pico is the house where the island’s discoverer, João Gonçalves Zarco, once lived. Next door is the pretty 16th century church of Santa Clara where he lies buried.

Visitors always enjoy a couple of hours at Blandy’s Wine Lodge in the centre of town which occupies part of a former Franciscan friary dating back to the 17th century. Guided visits include a tour of the cellars and the all-important Madeira wine tasting session.

Not far from Funchal, the Botanical Gardens opened to the public in 1960 with a fine display of plants from all over the world, including desert cacti, some rare rain-forest orchids and South African proteas.

The famous toboggan ride from Monte to Funchal is an exhilarating experience and takes approximately 20 minutes. Madeiran tobogganing was invented as a form of passenger transport as far back as the mid 19th century.

Much frequented by Sir Winston Churchill in the 1950s, the pretty fishing village of Câmara de Lobos to the west of Funchal offers spectacular views of the world’s second-highest sea cliff, Cabo Girão, which rises to 589 metres.

Also within easy reach of Funchal is the deep valley location of Curral das Freiras (Nuns’ Refuge) near the centre of the island.