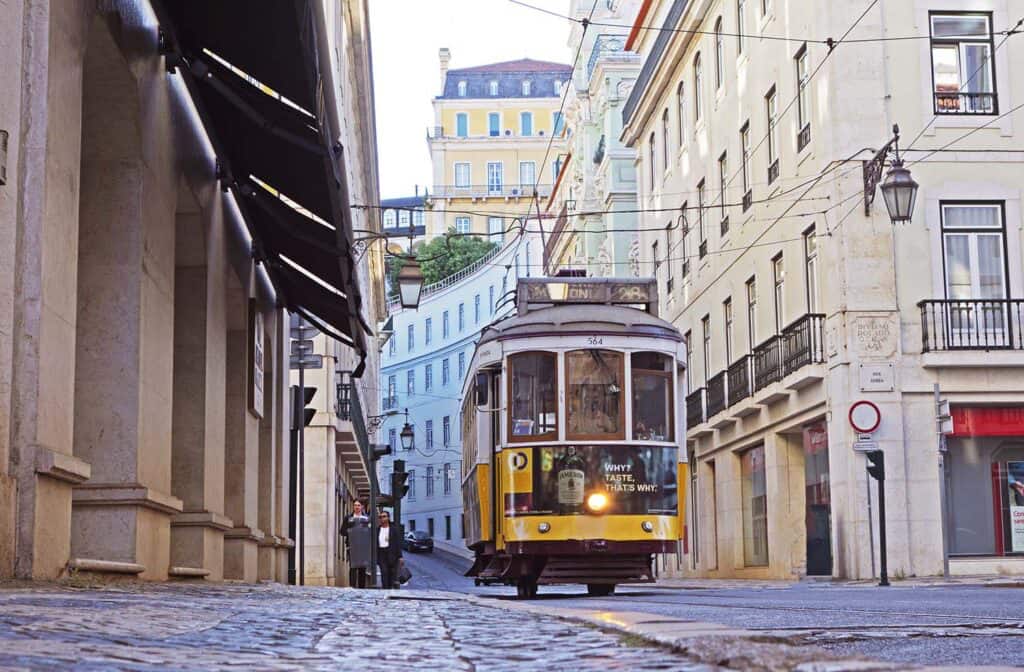 Lisbon is one of the world's top tourist capitals

Much in vogue and the destination of choice for many, Lisbon is several cities in one, each of a distinctive style and character.

With its timeless appeal and temperate year-round climate, there are few more immediately likeable capitals anywhere in the world.

The cobbled streets and narrow stairways of its medieval quarters couldn’t be more detached from the ultra-modern layout of the Parque das Nações, a stylish, multi-faceted precinct purpose-built to host the Expo ‘98 World Exposition.

Similarly, the downtown Baixa district with its broad squares and innovative urban design is far removed from the higgledy-piggledy of the Bairro Alto, the most Bohemian part of the city.

Right on the waterfront lies the beating heart of the Baixa – the ever-popular Praça do Comércio (indicated on the Google map below) – a haven of bars, cafés and upmarket eateries embedded into its centuries-old cloisters.

At the other end of the Baixa lies the city’s nerve-centre, Rossio, a hub of social activity since the Middle Ages. Passing Rossio Station (for trains to Sintra), this delightful square with its unique Lisbon-style paving threads gently through to Liberty Avenue (Avenida da Liberdade) via the impressive Praça dos Restauradores.

Overlooking the avenue, a long boulevard lined with plush hotels and upmarket boutiques, is the elevated statue of the man who raised the city up from its smoking ruins after the great earthquake of 1755, the Marquis of Pombal.

Delightfully atmospheric, the Alfama is a mass of old houses interspersed with elegant mansions and palacetes (small palaces) spread across a series of steep hills and topped by an imposing castle, which affords some of the most scenic views of downtown Lisbon and beyond from its ancient ramparts.

Often missed by visitors hurrying down from the castle, the adjacent Mouraria district is another of Lisbon’s most quintessential quarters with a photo opportunity waiting around every corner. This warren of narrow streets and steep, cobbled alleyways is where the Moorish inhabitants suddenly found themselves confined after the Christian reconquest of the city in the 12th century.

Largely undamaged by the earthquake, the medieval streets of the Bairro Alto slumber soundly during the daytime but resonate loudly to the sound of music and lively conversation by night. Visitors flock here, particularly in summer, to dine at the famous fado restaurants where many of the genre’s top singers perform.

The home of high fashion, and an area known for its intellectual associations, the nearby Chiado district has always been a favourite rendezvous of writers, poets and artists. Forming a natural link between the Baixa and Chiado (take the Santa Justa Elevator to save your legs), a photo taken by the statue of poet Fernando Pessoa sitting outside Café A Brasileira is the best selfie in town.

West of the city centre lies Belém, Lisbon’s historic square mile and the place that launched a thousand ships during Portugal’s golden Age of Discovery. Located at the very spot where the Tagus spills out into the Atlantic, this bright, airy and very invigorating riverside district is packed with more cultural attractions than any other part of the capital.

With its striking monuments (don’t miss the magnificent Jerónimo’s Monastery and the endearing Tower of Belém), world-class museums (most notably MAAT and the National Coach Museum) and large formal gardens, no other district better reflects the pride and prosperity of Portugal’s rich imperial past.