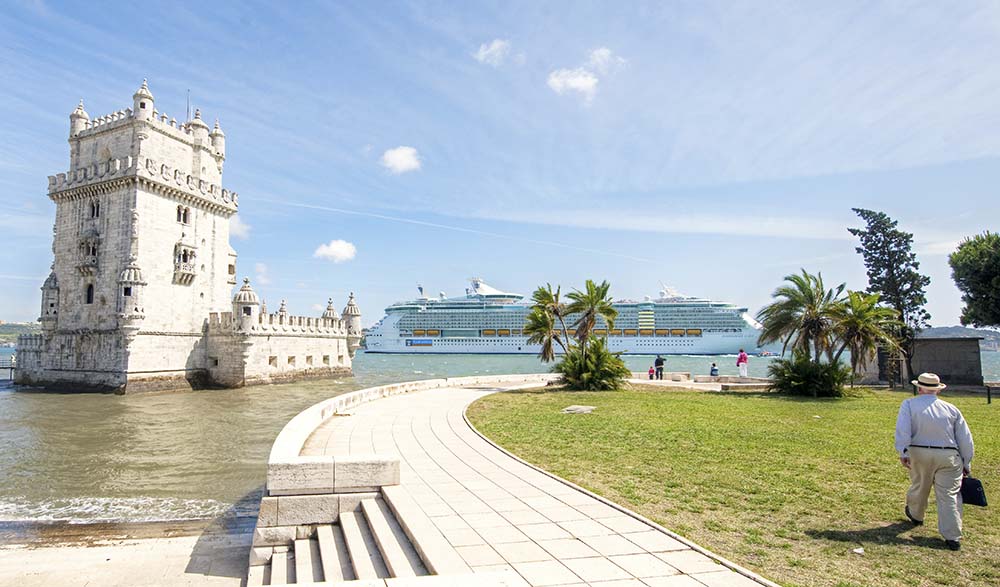 Tower of Belém is Lisbon's most loveable landmark

Along with the imposing Castle of São Jorge, Lisbon’s strikingly eye-catching Tower of Belém is one of the city’s most iconic edifices. With its serene riverside location in the historic centre of Belém, this robust stone sentinel guarding the River Tagus was constructed between 1514 and 1520 in honour of the city’s patron saint, São Vicente.

The base of the monument is surrounded with crenellated walls; the tower itself being of two storeys ornamented with balconies, the entire structure being of immense Manueline architectural interest.

In the interior there are some fine ornamented ceilings, among the most exquisite in Portugal, while a room in one of the upper storeys affords a curious and sometimes revealing whispering-gallery quality, so be careful what you say about your fellow tourists!

The tower miraculously withstood the tumultuous tremors and subsequent tsunamis of the great earthquake on All Saints’ Day, the 1st of November, 1755, and although some damage was caused by Napoleon’s troops during the Peninsular War, it was hurriedly restored after his exile.

The Tower of Belém is a splendid relic of the past and its walls reverberate with Portugal’s long and chequered history. Portugal’s intrepid adventurers set sail from a point very close by, often to return to that same spot with much pomp and ceremony (not to mention riches) many months, sometimes years, later.

Originally, the tower stood proud some way out towards the middle of the River Tagus, but land reclamation has brought the shoreline closer. Nevertheless, it has always been a heart-warming landmark for sailors returning to Lisbon‘s welcoming shores over the centuries.

Built as a fortress during Portugal’s golden Age of Discovery by Francisco d’Arruda, brother of Diogo d’Arruda, its true beauty lies in the decoration of an exterior adorned with stone rope carvings and Moorish-style watchtowers.

Islamic and oriental architectural influences can be seen in the towers’ domes, while the fine Manueline art style of Portugal’s seafaring heyday is tastefully reflected in the fine laced stonework, elegante knots, crosses of the Military Order of Christ and in the first-ever stone-sculptured examples of African animals in Europe.

Besides its fortress-like capabilities, the Tower of Belém has served as a lighthouse, ammunitions store-room, customs office, telegraph station and even a rather bleak and uncompromisingly damp prison, especially at high tide.

Today, it ranks as one of southern Europe’s most endearing ‘must-see’ visitor attractions set in a prime position on the north bank of Lisbon’s majestic River Tagus, right in the heart of Belém’s historic square-mile.