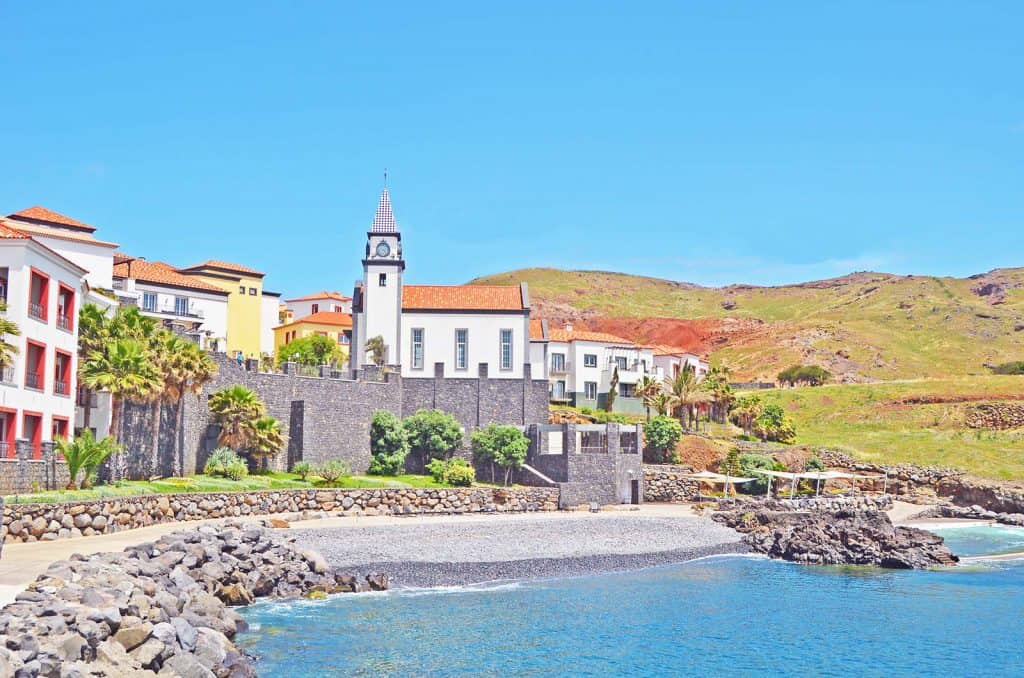 Machico was the first capital of Madeira Island

Nestling at the heart of a wide bay on the eastern edge of Madeira, just a short drive from the island’s international airport, Machico is a pretty fishing town with plenty of tourist appeal and some of the most spectacular ocean views in Portugal.

Set in a fertile valley at the mouth of the river of the same name, the town is conveniently divided into two parts – the historic centre to the west and the old fishing quarter to the east – just 26km from the island’s cosmopolitan capital, Funchal.

Accessible via Madeira’s steep eastern flank, Machico is a lovely seaside town of broad avenues and pleasant squares shaded by plane trees. It’s also the spot where the two intrepid explorers, João Gonçalves Zarco and Tristão Vaz Teixeira, made their first landfall on the 1st of July 1419, thereby officially claiming the island for the Portuguese crown.

Their arrival was right at the beginning of Portugal’s golden Age of Discovery, a period of extensive maritime exploration spanning 100 years in the 14th and 15th centuries, culminating in Vasco da Gama’s epic voyage to India and Magellan’s ground-breaking circumnavigation of the globe.

But a local legend suggests that they weren’t the first Europeans to set foot on Madeira Island.

In fact, the town is named after an Englishman called Machim who found himself washed ashore at the very same spot after being shipwrecked with his petrified bride in 1344.

It was Zarco and Teixeira themselves who later gave credence to the story by recounting how they found a crude wooden cross with a Latin inscription, which they translated as ‘Here came Machim, an Englishman, driven by the tempest, and here lies buried Anne d’Arfet, a woman who was with him’.

Located on the north side of the town’s main square, the church of Nossa Senhora da Conceição (Our Lady of the Conception) is one of the most impressive churches of any Atlantic island. Built in 1499 when Machico was Madeira’s capital, it is notable for its fine arched portal donated by King Manuel I, who also donated the statue of the Virgin in the church’s lovely baroque interior.

A short walk over the bridge to the old fishermen’s quarter brings you to the chapel of the Miracles (Capela dos Milagres), which is said to have been built over the graves of the two unfortunate sweethearts by Teixeira, whom Prince Henry the Navigator had appointed governor of the Machico region, with Zarco being awarded Funchal.

Near the end of the town’s lovely sea promenade (which makes for a very pleasant stroll on a warm summer’s evening) stands the chapel of São Roque with some fine azulejo tiles inside depicting the life of the saint. This exquisite baroque-style temple was commissioned by Teixeira in 1489 to fulfil a vow he made in exchange for the end of the plague.

Machico (indicated on the Google map below) is very well placed for people looking to visit Ponta de São Lourenço, the easternmost point of the island. Popular for its head-spinning views, this narrow peninsula of dry, sandy land is characterised by dramatic wave-battered cliffs plunging 180 metres into the sea where many interesting fossils have been found.

Also worth visiting is the sleepy village of Caniçal, once the centre of Madeira’s whaling industry, where many scenes of John Huston’s 1956 movie Moby Dick with Gregory Peck and Orson Welles were filmed.