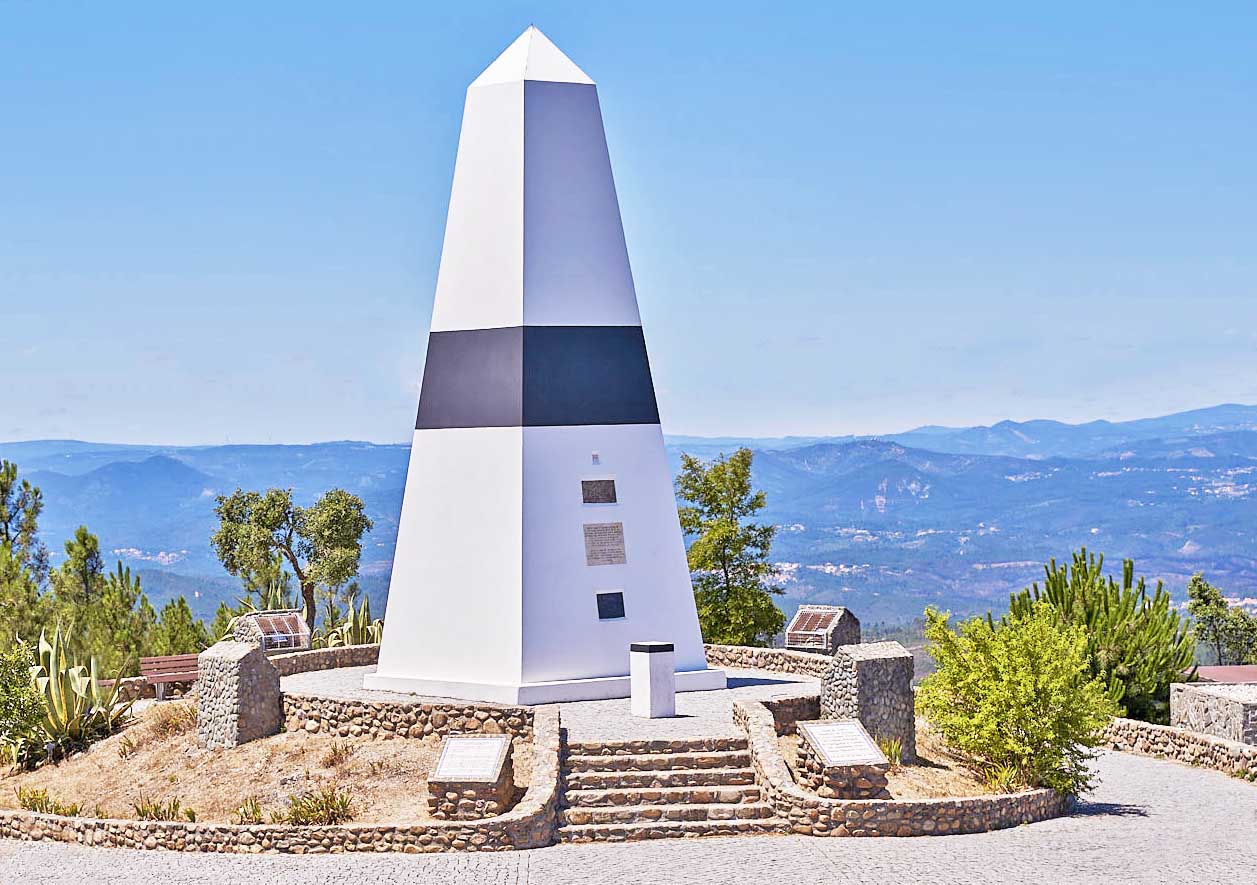 Located 30km north of Abrantes, the small town of Vila de Rei (which means King’s Town) is a pretty place set in a wonderland of pinewoods, lakes, running streams and waterfalls right in the very heart of Portugal.

Set in the middle of a small municipality surrounded by thick forest, the town is located precisely at the centre of Portugal, which is officially marked by a tower on top of Milriça Peak.

One of central Portugal’s most interesting attractions, the tower rises to an altitude of 600 metres (2,000 feet) and was built to mark mainland Portugal’s geodesic, a point that officially denotes the spot with the shortest distance between it and all other places in the country.

Besides this, Milriça Peak offers the most spectacular panoramic views over a vast territory, along with a small Geodesy Museum illustrating its geographical importance. Located exactly at the Portuguese Geodesic Centre at the summit of Serra da Melriça, the museum is a co-project between Vila de Rei Council and the Portuguese Geographic Institute and comprises a permanent exhibition, small multimedia auditorium and a café.

Vila de Rei itself is well worth a visit to admire its delightful 17th century parish church, which is particularly notable for its exquisite painted coffered ceiling.

A natural curiosity of Vila de Rei is the Penedo Furado, a huge pierced boulder that has been adapted to shelter two belvederes set on a rocky platform surrounded by woods and waterfalls.

Standing at an altitude of about 500 metres (1,600 feet) on the top of Ladeira mountain, the Castro de São Miguel (classified as a national monument) is a fortified walled settlement that dates from the Iron Age and is considered to be of Celtic origin.

The village of Água Formosa nearby is documented as one of the oldest in the Vila de Rei area. The region was originally created by royal charter of King Dinis on the 19th of September 1285 with very old records of its foundation still remaining.

In the fourteenth century, the Knights Templar and the Order of Christ contributed to the settlement, defence and development of Vila de Rei and its surroundings, with King Manuel I later renewing the charter in 1513.

Vila de Rei lies in the district of Castelo Branco, an area rich in historic interest and natural attractions. Visitors to the region can get up close to one of Portugal’s most photographed castles, the magnificent Castelo de Almourol, a fairy-tale fortress located in the middle of the River Tagus. Close by exist the historic towns of Abrantes, Constância and Tomar, the latter being home to the Convent of Christ, one of Portugal’s most important monuments.

From Vila de Rei you are also within easy reach of Santarém in the heart of the Ribatejo region and Coimbra, one of Portugal’s largest cities and home to one of the world’s oldest universities.