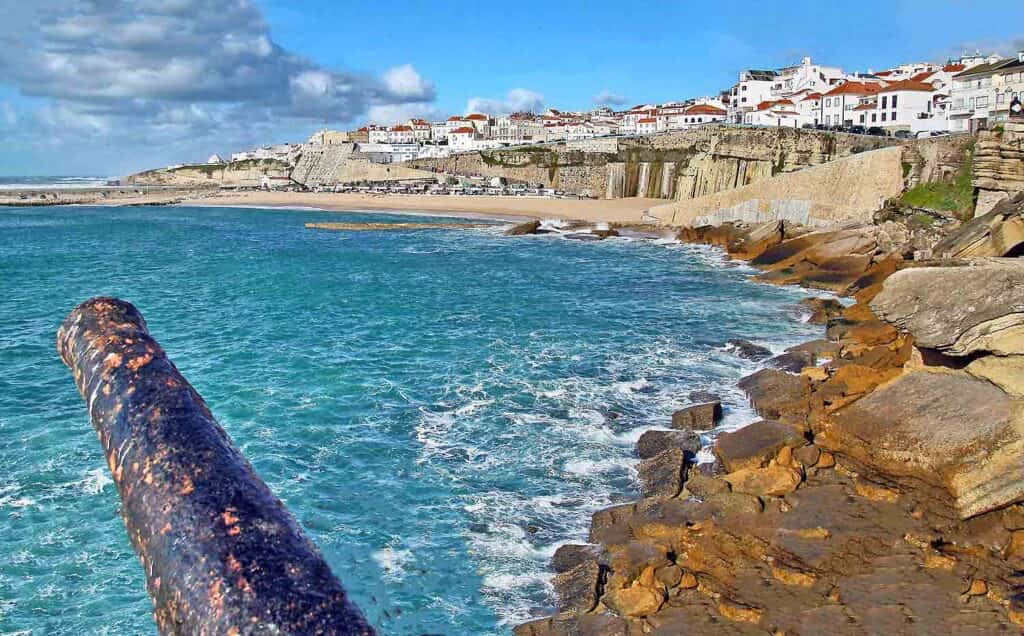 Ericeira is popular for its fresh fish and seafood

Perched on a high cliff facing the Atlantic, just 10 km west of Mafra, the pretty fishing town of Ericeira metamorphoses into a lively holiday resort during the summer months, with numerous cafés, restaurants and bars opening up alongside its long, sandy beach.

Besides being famous for its lobsters, which are kept in nurseries in the rocks, it was the scene of an important moment in Portugal’s long and chequered history when the last monarch, King Manuel II, hurriedly left his palace at Mafra and sailed off into exile with his family on the night of the 5th of October, 1910 as his country was being declared a republic.

Travelling via Gibraltar under the protection of the British Navy, the banished king later settled in Twickenham, in south-west London, where he died in 1932.

One of the few natural harbours between Cascais and Peniche, Ericeira was once a thriving port from where large ocean-going vessels left to trade with countries as far and wide as Scotland and Brazil.

A maze of narrow, cobbled streets winding between whitewashed cottages and townhouses trimmed with blue and yellow, the unspoilt old town is mostly centred around the main square – Praça da República – typically portraying the freshness and cleanliness to be found in the many seaside resorts along this part of the Estremadura coastline.

The town’s Misericordia church has interesting 17th and 18th century paintings and gilded baroque woodwork, while the adjoining museum provides an insight into the town’s history with a large collection of model boats, a variety of fishing equipment and a fine collection of old paintings.

Many people from Lisbon and its environs head for Ericeira on warm days to soak up the sun and enjoy some of the best fish and seafood in the whole of Portugal. Local delicacies include açorda de marisco, a bread-based seafood dish, and caldeirada de peixe, a kind of fish casserole.

They also come to relax on Ericeira’s excellent beaches, comprising Praia do Sul (the town’s main beach), Praia do Norte and Praia do São Sebastião, the latter being particularly popular with the local surfing community.

On the northern edge of town, the little mosque-like chapel of São Sebastião stands alone in front of the vast, sandy Atlantic coastline that stretches all the way up to the great headland of Peniche, with the medieval walled town of Óbidos close by.

The drive north runs along the clifftops, affording spectacular views of the ocean crashing into the rocks below. The road also passes a number of windmills, a trademark of the Estremadura region, many of which are in perfect working order and open to visitors.

9 km inland, and rivalling Spain’s Escorial in grandeur, the imposing national palace and convent of Mafra took 50,000 workmen and over a thousand oxen 13 years to build between 1717 and 1730. Today it stands as one of Europe’s finest examples of Italianate architecture with 880 halls and rooms, 4,500 doors and windows and a façade some 220 metres (722 feet) in length.

With its lush, green forests, exotic flowers and elaborate royal palaces, the fairytale village of Sintra is also within easy striking distance of Ericeira. And once there, you’ll want to visit Cabo da Roca, Continental Europe’s most westerly point, where the ‘land ends and the sea begins’ just 15 km to the west.