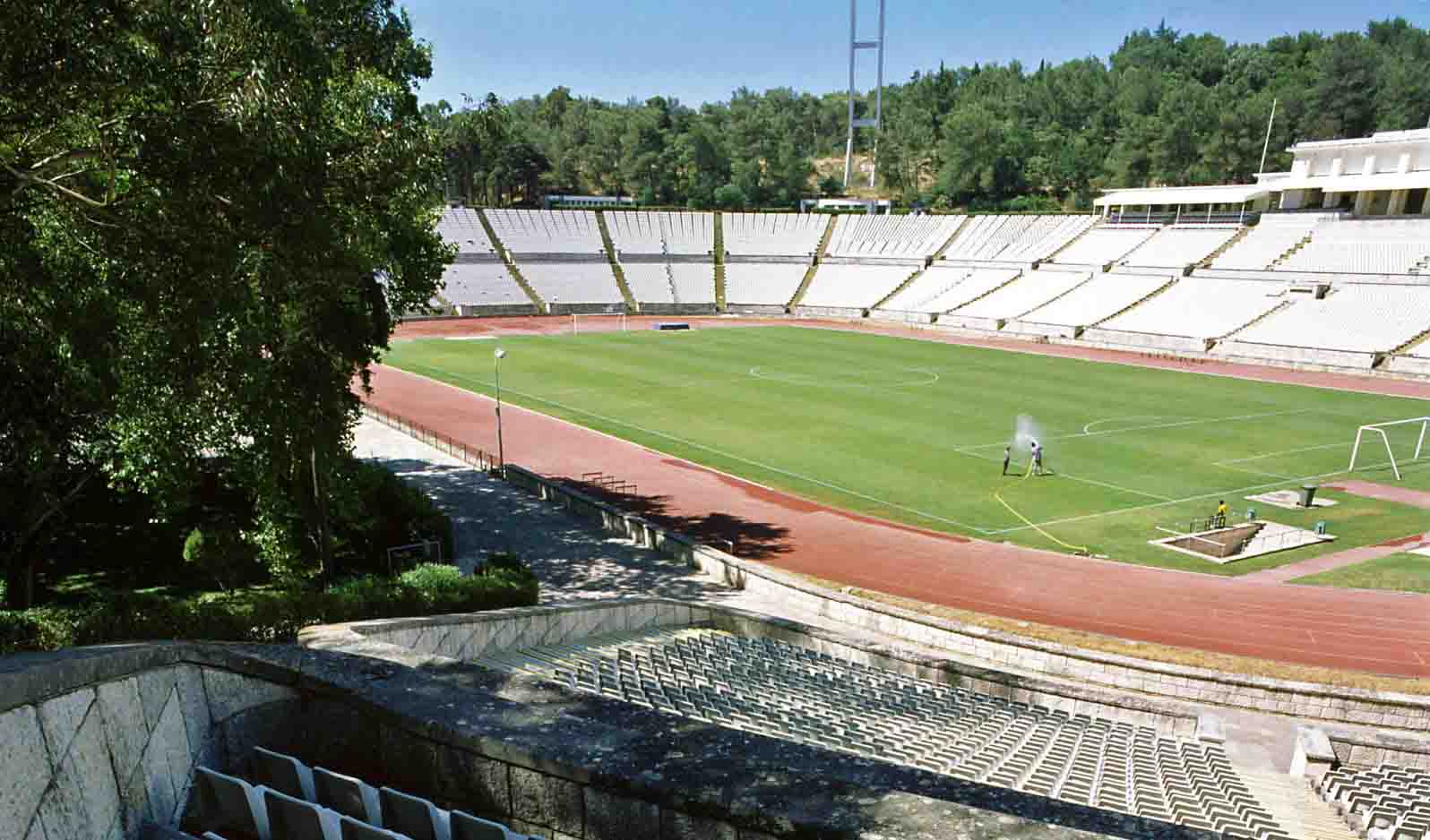 Portugal's Estádio Nacional, where Celtic won the European Cup in 1967

Built into the side of a thickly wooded hill on the outskirts of Lisbon, Portugal’s Estádio Nacional is one of the more intriguing football stadiums in Europe.

Like the hidden monument of some lost world, the stadium is located some ten kilometres west of central Lisbon in an area of dense, undulating pine forest.

Also known as Estádio do Jamor, there’s no national stadium quite like it anywhere else and the fact that very few games of football ever actually take place there these days adds to its mystique.

Architecturally, it is most unusual for the fact that its east side remains wide open, but otherwise the stadium’s shape is of a typical oval configuration.

Its original capacity of 60,000 seats laid out on stone benches has been whittled down over the years to the much more comfortable 37,500 it has today.

Overlooking the west side is a dazzling white colonnade with a marble rostrum upon which dozens of jubilant captains have hoisted trophies over the years.

Besides the addition of floodlights in recent years, the scene they have looked down upon has barely altered since the 10th of June (Portugal Day) 1944, the day of the stadium’s inaugural and fiercely-contested match between Lisbon’s two giants, Benfica and Sporting.

Following that, the stadium hosted most of Portugal’s international fixtures (which it no longer does) and Cup Finals (which still happen there, with only five having been missed since 1944). Between 1945 and 1954, many of Benfica and Sporting’s big games were played there prior to their own super-bowls being built.

Two other historic occasions to have taken place at the Estádio Nacional have been Torino’s match against Benfica played the day before the Italians were tragically killed in an air crash in May 1949, as well as the 1967 European Cup Final between Celtic and Inter Milan which the Scots won 2-1, making them the first-ever British European champions, a feat that earned them the nickname, the Lisbon Lions. Nowadays whenever Celtic play in Lisbon, their fans organise a pilgrimage to the stadium to celebrate that monumental achievement in the club’s history.

It was also the official training camp for the England team before and during the Euro 2004 championships, when the hosts knocked out Sven Goran Eriksson’s men on penalties in the quarter-final.

Located on Lisbon’s western fringes, the many thousands of fans that went there that day found it to be quite a long way out of town and difficult to reach either on foot or by using the city’s otherwise efficient public transport system. The best way to reach the Estádio Nacional is by train from the Lisbon’s Cais de Sodré railway station, alighting at Cruz Quebrada and then walking up the hill.

Once there, it’s an absolute joy for any true football fans to experience the stadium’s privileged location high on a forested hill with head-spinning views along Lisbon’s golden Atlantic coastline.

These days, the stadium is the hub of a much larger sports complex comprising swimming pools, rugby pitches and a popular running track, while the opening of the ultra-modern Cidade de Futebol training centre by the Portuguese Football Federation adjacent to the stadium in 2016 (the same year, coincidentally, that Portugal won the European football championships) has further increased its key role in the national game.