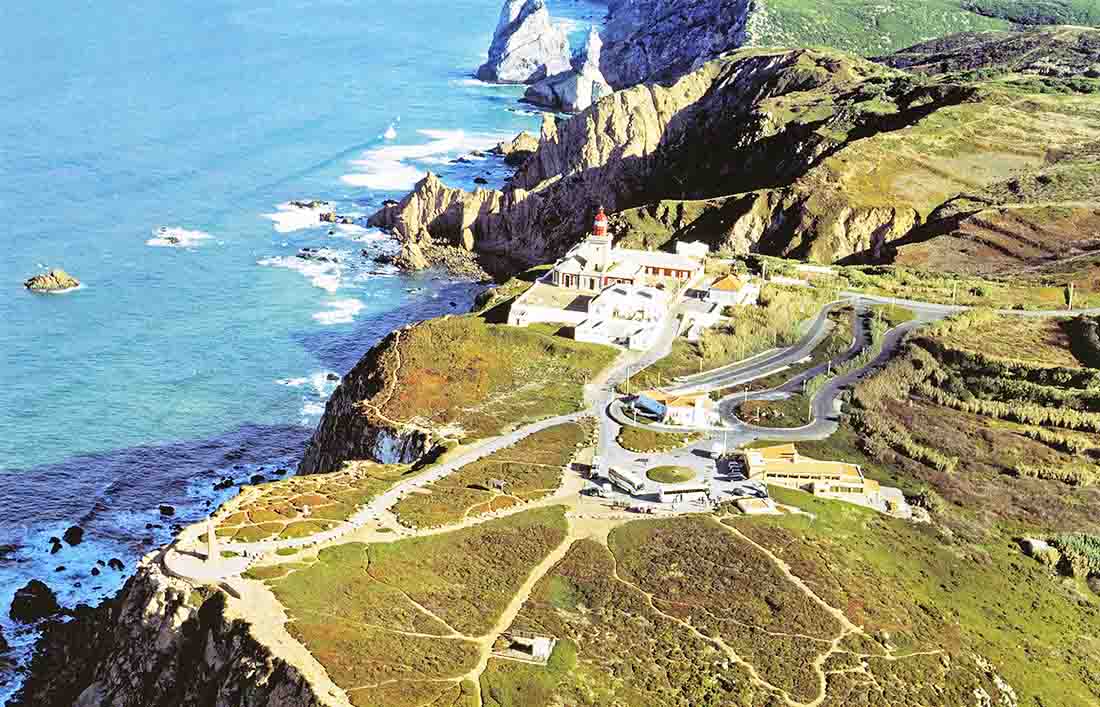 One of the jewels in Portugal’s tourism crown is the rocky, windswept headland called Cabo da Roca, mainland Europe’s most westerly point.

This majestic promontory is in fact the base of the Serra de Sintra mountain range and for many centuries the continent officially ended here as nothing further west was known.

According to legend, the nearby ruins of Espinhaço Fort marks the site of the Court of the Ancients, who threw all those found guilty of crimes over the cliffs and into the sea.

There are many ways to arrive there, but perhaps the most pleasurable is a walk along the cliffs from Cascais, which for bird-watchers is a particular delight because many different species inhabit the area, including the Dartford warbler, stonechat, red-legged partridge and crested lark.

It’s also a spectacular drive as the road winds north from the broad sandy beach of Guincho (which loosely translates as ‘scream’) past windswept hills and along rocky cliffs overlooking the Atlantic.

Besides the lighthouse, which was inaugurated in 1772 and stands as one of the oldest in the world, visitors flock here to marvel at the magnificent sunsets and recall the words of Portugal’s most famous poet, Luís Vaz de Camões, who described Cabo da Roca as the place ‘where the land ends and the sea begins’.

A nearby tourist office sells a good range of most-westerly-point memorabilia such as a wax-sealed certificate to testify that you’ve been there and there’s a restaurant and café close by.

Incidentally, the westernmost point in the whole of Europe is also in Portugal, at Fajã Grande on the island of Flores, in the Atlantic archipelago of the Azores.