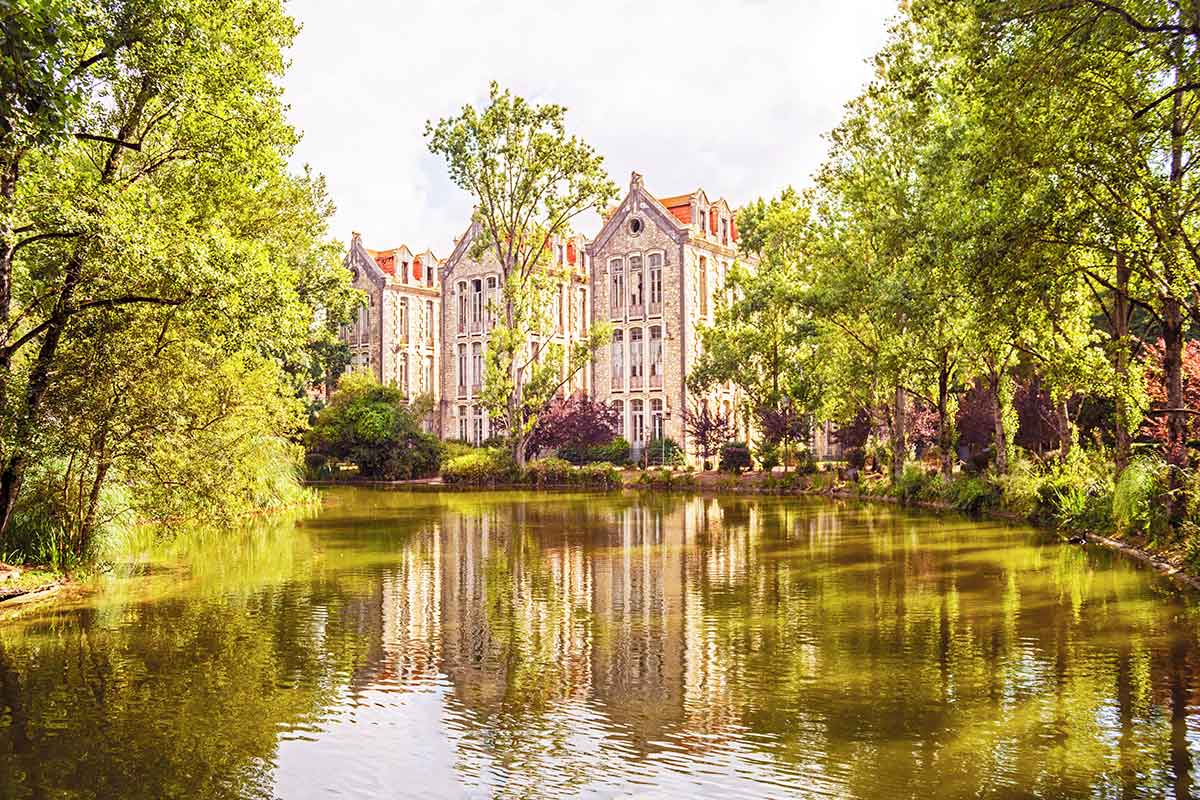 As its name implies, the lovely town of Caldas da Rainha (Queen’s Spa) an hour’s drive north of Lisbon in central Portugal preserves the eternal and loving memory of one of the country’s most popular queens – Leonor – whose statue stands reassuringly in the town centre.

Following an uncomfortable night (she suffered from rheumatism), Leonor (the sister-queen of King Manuel I ‘the Fortunate’) set out from Óbidos to attend her father-in-law’s funeral at Batalha. En route she saw peasants wallowing in mud pools as a remedy for their ailments and promptly descended into the waters herself.

Relieved and very enthused, she willingly donated some of her personal wealth of fine rubies and glittering gold jewellery to build a hospice where the poor could receive the benefit of the town’s mineral-rich waters, thus initiating four centuries of noble and royal patronage.

Besides its legendary thermal spa, the warm sulphurous springs of which are still in great demand today, Caldas da Rainha (indicated on the Google map below) is also famous for its wide range of colourful ceramics crafted from the local clay and illustrated with cabbages, various types of fruit, shellfish, lizards and many other striking depictions.

Protruding from the back of the spa is the landmark Manueline belfry of the church of Nossa Senhora do Pópulo, the original hospital church built by the queen in 1500. The interior’s key features today include some splendid 17th-century glazed earthenware azulejo tiles in buttercup yellow and marine blue as well as a rare painting of the Virgin and Child in the sacristy by the renowned 17th-century female painter, Josefa de Óbidos.

Part of the UNESCO Creative Cities Network (UCCN), Caldas da Rainha boasts several excellent museums, most notably the Ceramics Museum located in the heart of the town’s historic quarter and the José Malhoa Museum which celebrates the life and work of one of Portugal’s leading 19th-century artists.

With Alcobaça, Batalha, Leiria and Tomar all within easy striking distance, Caldas da Rainha is a good centre for excursions around this most enchanting part of central Portugal, including the charming region of Estremadura and the great plains of the Ribatejo, Portugal’s very own cowboy country.

With its medieval castle dominating a high circle of ancient walls, the well-preserved and very historic village of Óbidos to the south of Caldas da Rainha is a very pleasant 15-minute drive through lush vineyards, fertile fir groves and picturesque pastures on which much of Lisbon’s fruit and vegetable supply is produced.

Besides the Portuguese capital of Lisbon situaed just an hour’s drive from Caldas da Rainha, other interesting nearby attractions include the saltwater bathing area of Lagoa de Óbidos 15 kilometres to the west (a busy resort during the summer months) and the bustling coast towns of Peniche and Nazaré, both very popular with surfers.

Furthermore, visitors to Caldas da Rainha shouldn’t miss the chance to see the beautiful Berlengas Islands, an amazing Atlantic archipelago of extraordinary red rock formations located twelve kilometres off Portugal’s rugged west coast. Now a protected bird sanctuary, the islands are open to tourism and in 2011 were classified as a biosphere reserve by UNESCO in the interests of conservation and development.