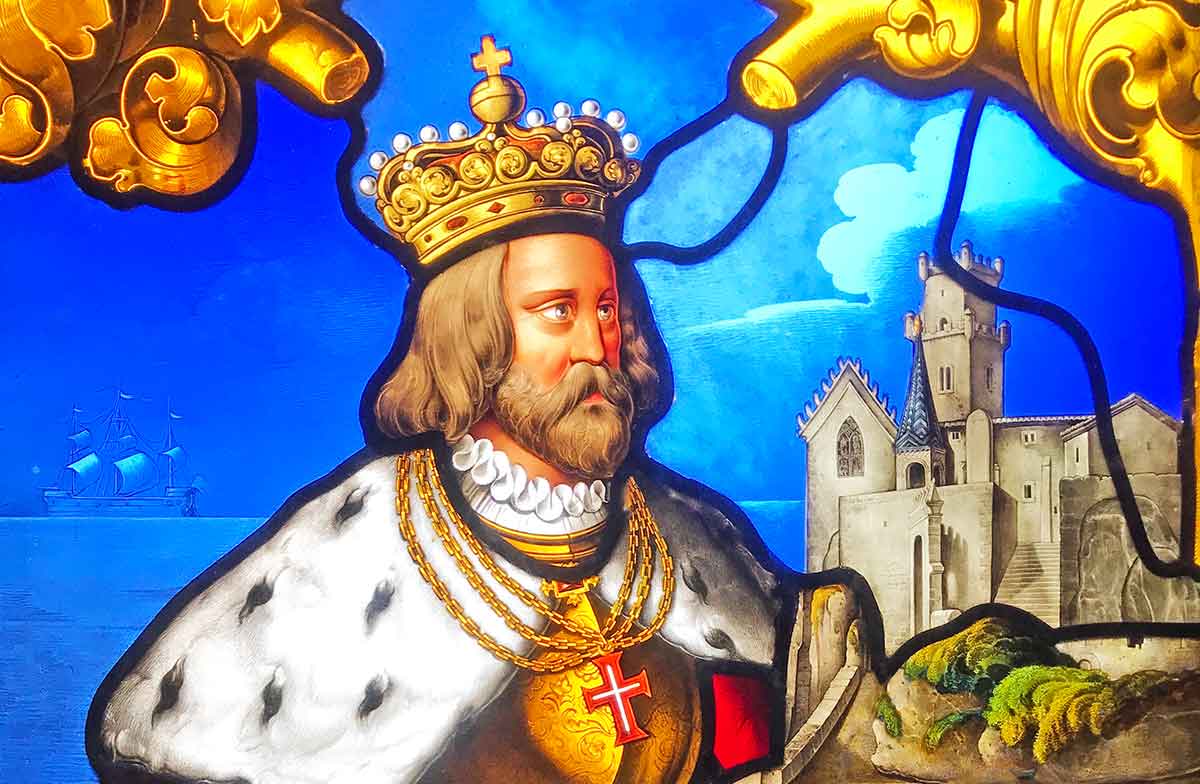 Manuel I was king of Portugal during the Age of Discovery

A man of rare taste and exceptional vision, good King Manuel I of Portugal ruled over the Portuguese Empire during the halcyon days of his country’s great Age of Discovery.

His sudden succession to the throne in 1495 followed the untimely death of his cousin King João II, whose rich legacy included the signing of the very lucrative Treaty of Tordesillas the previous year which loosely divided up the New World between Spain and Portugal.

Manuel chose the armillary sphere as his emblem to symbolise that his realm extended across the globe and he went on to imprint his imagination and name upon great movements of Portuguese art and architecture.

Whilst his crowning marked the arrival of Portugal as a world power, it also fulfilled the dreams of his half-English great-uncle, Henry the Navigator, whose noble endeavour and ground-breaking aspirations had revolutionised the art of seafaring earlier in the 15th century.

Manuel reaped much of what Henry and his contemporaries had sown over the past century with vast riches in the form of ivory, gems, spices and gold pouring in from all four corners of the world, enabling him to foster discovery, conquest and colonisation until Portugal’s overseas territories comprised around a third of the known world outside Europe.

With the sea route to India attained by Vasco da Gama in 1498, King Manuel I officially proclaimed himself ‘King, by the Grace of God, of Portugal and the Algarve’s, both this Side of the Sea and beyond it in Africa, Lord of Guinea and of the Navigation, Conquest and Commerce of Ethiopia, Arabia, Persia and India’. During his 26-year reign there were more than 250 sailings from Lisbon to India alone.

He was affectionately dubbed Manuel the Fortunate on account of the immense wealth that continued to flow into Portugal during his reign and by the time of his death on the 13th of December 1521, his beloved country had begun to tap the natural resources of Brazil and control the spice trade formerly held by the Venetians, thus becoming the first of the great maritime world empires.

The profits generated by the spice trade alone made Manuel the wealthiest ruler in Europe at the turn of the 16th century and Lisbon subsequently blossomed into one of Europe’s most magnificent cities, prompting the ambitious king to commission buildings and monuments adorned with symbols of a seafaring nature, creating a style that has since become known as Manueline.

Today the term Manueline more broadly describes the exuberant style of architecture that evolved during the Age of Discovery, wonderful examples of which include Lisbon’s Tower of Belém, the Royal Cloister at Batalha Monastery and the Convent of Christ in Tomar.

Today, a modest but poignant statue of King Manuel the Fortunate stands beside the river in his birth town of Alcochete on the banks of the Tagus Estuary south of Lisbon. His body rests close to his second wife, Maria of Aragon, in a lavish tomb in Jerónimos Monastery (indicated on the Google map below), arguably the most impressive of all the magnificent buildings he commissioned at the turn of the 16th century.