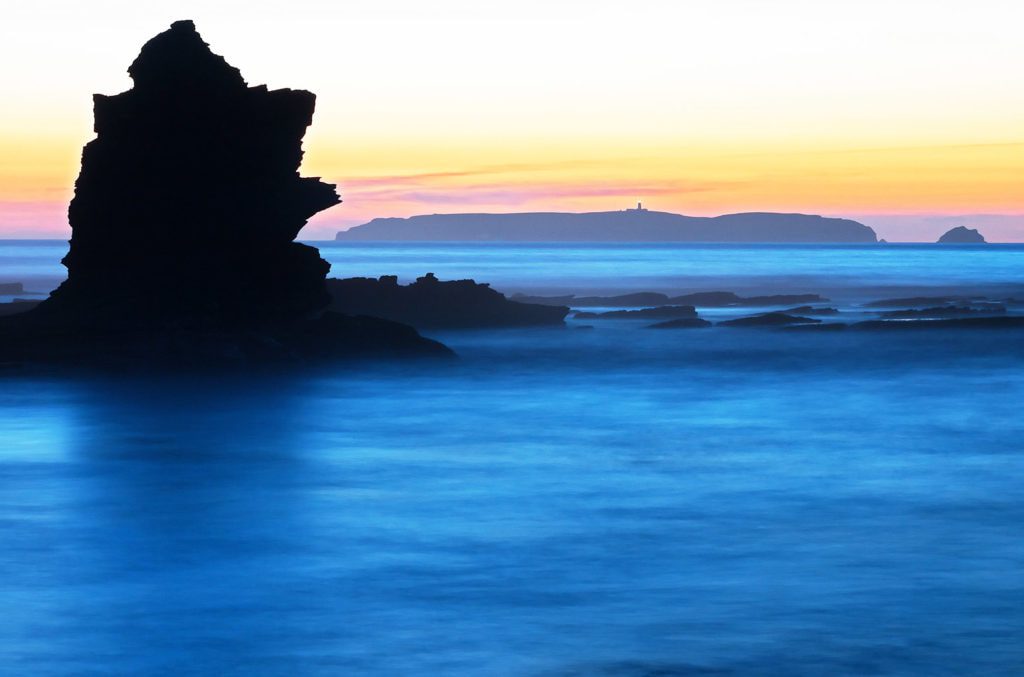 The Berlengas are a haven of hidden grottoes and peaceful coves

The Berlengas form an archipelago of extraordinary red rock formations located twelve kilometres off the coast of Peniche in central Portugal.

With their imposing cliffs rising sheer out of the clearest emerald-green waters, the islands are a haven of hidden grottoes and peaceful coves accessible by boat.

The archipelago has been declared a national bird sanctuary by the Portuguese government and are a popular stopover for a wide variety of seabirds including puffins and cormorants.

With a circumference of 4 kilometres, Berlenga Grande is by far the largest of the islands and the one with the most history. In 1513, supported by Queen Leonor, monks from the Order of São Jerónimo arrived on the island to aid the victims of the many shipwrecks occurring in the local waters. They founded a monastery there – the Monastery of the Misericórdia da Berlenga – which operated until the 16th century when disease, lack of provisions due to frequent bad weather and regular assaults by pirates forced the monks to retreat to the mainland. In 1666, a garrison of twenty men based on the island wounded half of a 1,000-strong Spanish assault force sent to kidnap the bride of King Afonso VI, Marie Françoise of Nemours (daughter of the Duke of Savoy), who was resting there at the time.

Visible from miles around, the island’s lighthouse was constructed in 1841 and remains a beacon for ships and other seafaring vessels navigating the choppy and sometimes dangerous waters off Portugal’s rugged Atlantic coast.

Established by UNESCO in 2011, the Berlengas Biosphere Reserve was created in the interests of conservation and development and incorporates the entire archipelago, the town of Peniche close by on the mainland and the marine corridor in between.

Today, visitors can reach the Berlengas by leisure vessels regularly departing from the harbour in Peniche from May through September. Once there, most people opt for a leisurely stroll along the rocky plateau to marvel at the lighthouse, the magical rock formations and the cluster of fisherman’s cottages huddled together near the beach.