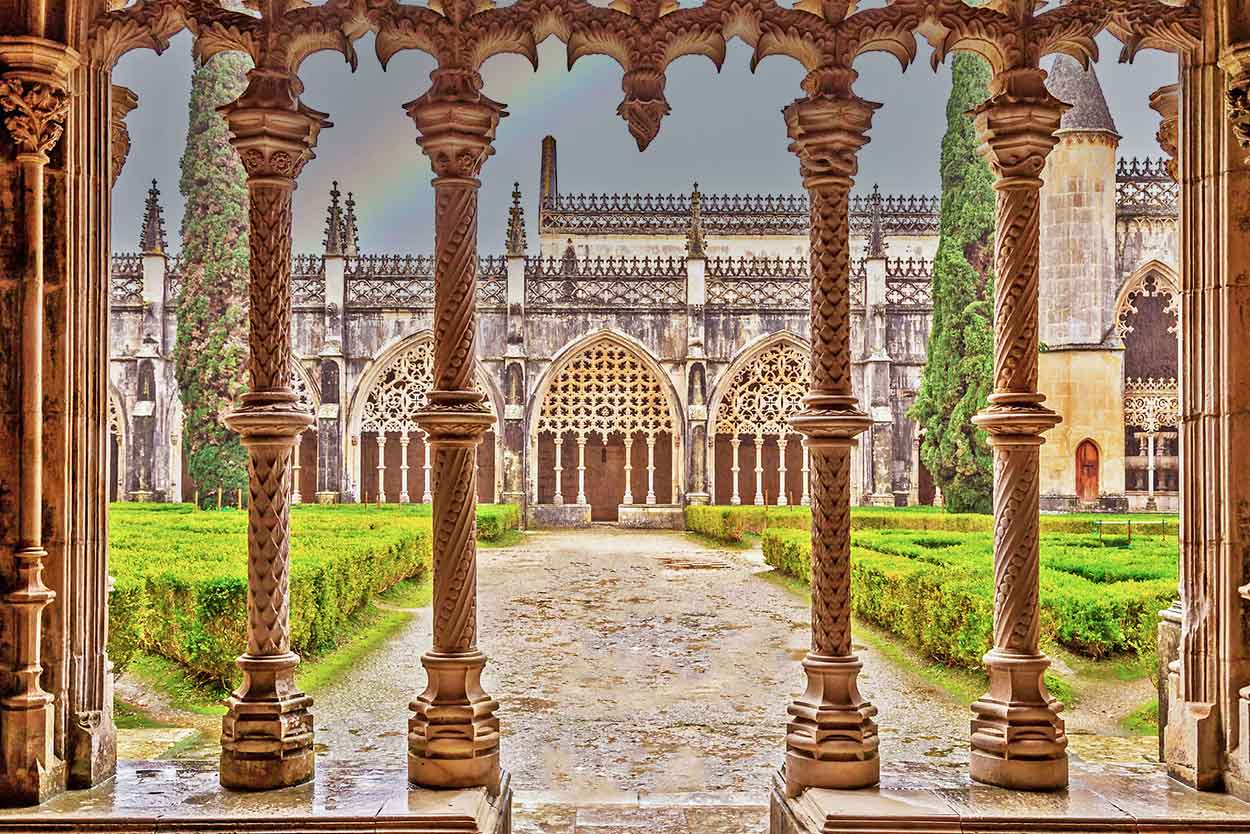 When the renowned English travel writer William Beckford visited Portugal (his favourite European country) in the late-18th century, he happened upon two of the shiniest jewels in the country’s tourism crown – the monasteries of Batalha and Alcobaça.

The meanderings of this most aristocratic of British gentlemen took him north of Lisbon to Estremadura, a particularly charming and exquisitely rural part of Portugal’s hinterland.

Considered one of England’s cleverest, wealthiest and most unconventional writers, Beckford undertook three long visits to Portugal between March 1787 and July 1799. He was a man of keen intelligence and wide-ranging interests, with Europe’s south-westernmost country high amongst them.

He was mostly educated under tutors at home and by the age of 21 he had been taught by some of the most famous artists and musicians of the day, including Wolfgang Amadeus Mozart.

Besides the monasteries, which are both UNESCO-classified World Heritage Sites, Beckford’s ground-breaking journey encompassed many other highlights, including the extraordinary fortified hilltop village of Óbidos and Caldas da Rainha, home to one of the best spas in the country.

He was so smitten with all that he saw that he felt obliged to recount his experiences in what was to become his final (and many say best) published work – ‘Recollections of an Excursion to the Monasteries of Alcobaça and Batalha’ – which was eventually released in 1835, just nine years before his death.

For any modern-day traveller embarking on a similar trip in the 21st century, William Beckford’s witty travelogue remains a jovial and indispensable companion, lending tremendous character to an already historic and wholly appealing corner of Portugal.

It’s an interesting truth that this very absorbing book is based on the many notes he hurriedly scribbled during his memorable visit to Estremadura in 1794, which he crafted retrospectively into this polished piece of writing whilst displaying his idiosyncratic humour with an array of colourful anecdotes, including many fascinating glimpses of the Portuguese royal family with whom he frequently fraternised during that period.

In the book, Beckford waxes lyrical about the many engaging towns and villages to be found in this picturesque part of Portugal, but it was his time spent at the two monasteries that really stirred his imagination, to the point that their striking architecture later served to influence the design of his beloved home, Fonthill Abbey, situated in the heart of the English county of Wiltshire.

He also describes his first sights of the monasteries with their grand façades and shares memories of lavish banquets, endless corridors, royal tombs and, above all, the silence and the solitude of his magnificent surroundings.

Once the most powerful church in the kingdom of Portugal, the Monastery of Alcobaça (indicated on the Google map below) is one of the country’s earliest examples of the Gothic architectural style. Founded in 1152, it is most notable for its size and the purity of its design, along with the tombs of King Pedro I and Inês de Castro, Portugal’s very own Romeo and Juliet.

The Monastery of Batalha (located just 20 kilometres to the north-east of Alacobaça) is another fine example of Gothic architecture that comprises many key components, including the royal cloister, Chapter House and Founder’s Chapel where Prince Henry the Navigator is buried.

Estremadura has several more places of great tourist interest, such as the battlefield of Aljubarrota where King João I’s inferior forces overcame the Castilians on a very hot summer’s day in 1385.

Other places worth visiting include the world-famous shrine of Fátima and the nearby caves of Mira de Aire which are among the deepest in the whole of Europe.

But it is the two magnificent monasteries of Alcobaça and Batalha that most people have come to see, which have changed very little since Beckford’s monumental visit almost 230 years ago.