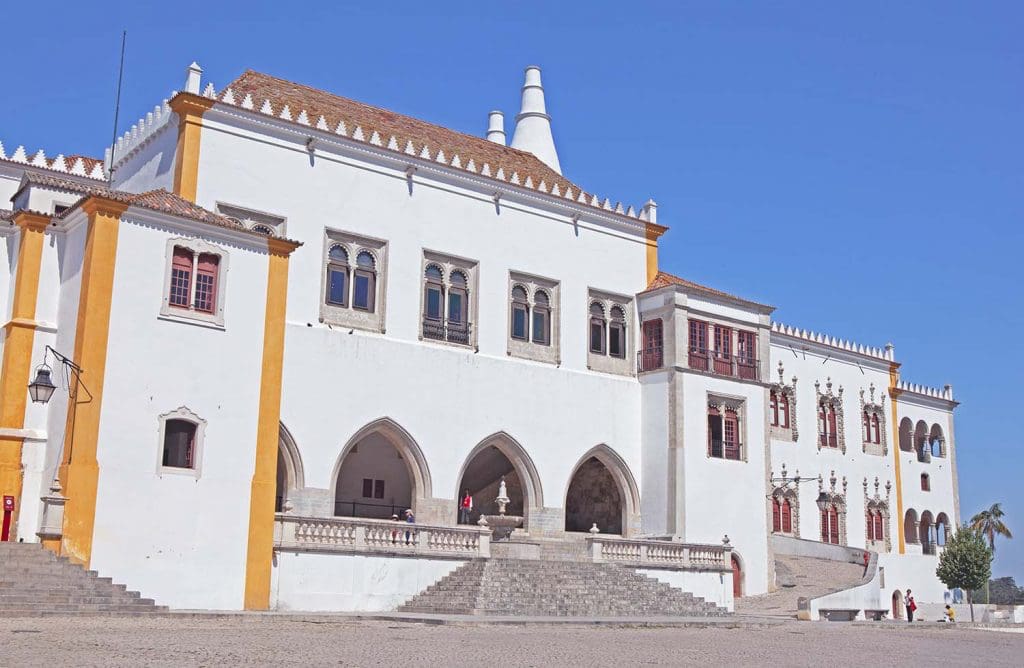 Sintra Palace is one of Portugal's top monuments

The beating heart of Sintra is without doubt its magnificent royal palace, the Paço Real, located on the town’s main square.

Built stone by stone over four long centuries, it is one of the most important monuments in Portugal and every inch of it oozes history and intrigue.

Once the summer palace of the Wali, the Moorish rulers of Lisbon, it was richly embellished at the end of the 14th century by King João I and later enlarged by King Manuel I at the turn of the 16th century.

Some of Portugal’s greatest monarchs were born and died here and each reign left an indelible mark on the building with all the different architectural styles blended harmoniously with a succession of halls bulging with rare paintings and tapestries, vast bedchambers, salons and grand stairways in a most elaborate mixture of styles.

Besides the twin conical chimneys that dominate the entire town, its façade is characterised by its exquisite Manueline windows and the palace’s stunning interior is decorated with all the Moorish freshness of the Alhambra Palace in Granada.

Inspired by those same Moorish designs, the walls of the Paço Real’s bath-houses are lined with some of Portugal’s earliest and most precious azulejo tiles.

As one walks through the many rooms on faded Persian rugs covering vast polished floors, one tries to picture the great figures that slept on those beds, dined on those tables and passed through those corridors.

And we can’t help imagining the many queens and princesses who must have sat on those seats of azulejo tiles busying themselves with their embroideries under the light of the palace windows whilst waiting for their husbands to return from battle. The last Portuguese royal to live here in the 1880s was Maria Pia, grandmother of the country’s last reigning monarch, King Manuel II ‘The Unfortunate’.

Many important chapters in Portugal’s long and chequered history took place at the palace. It was here that King João I decided on the successful Ceuta expedition which instigated Portuguese imperialism, King Afonso V (1432-81) was born and died here and the deposed King Afonso VI was imprisoned here for 9 years by his brother King Pedro II.

The young and reckless Sebastião was proclaimed king at the palace in 1557 when he was just 3 years old and later held his last audience here in 1578 before embarking on his ill-fated voyage to Africa, from which he never returned.