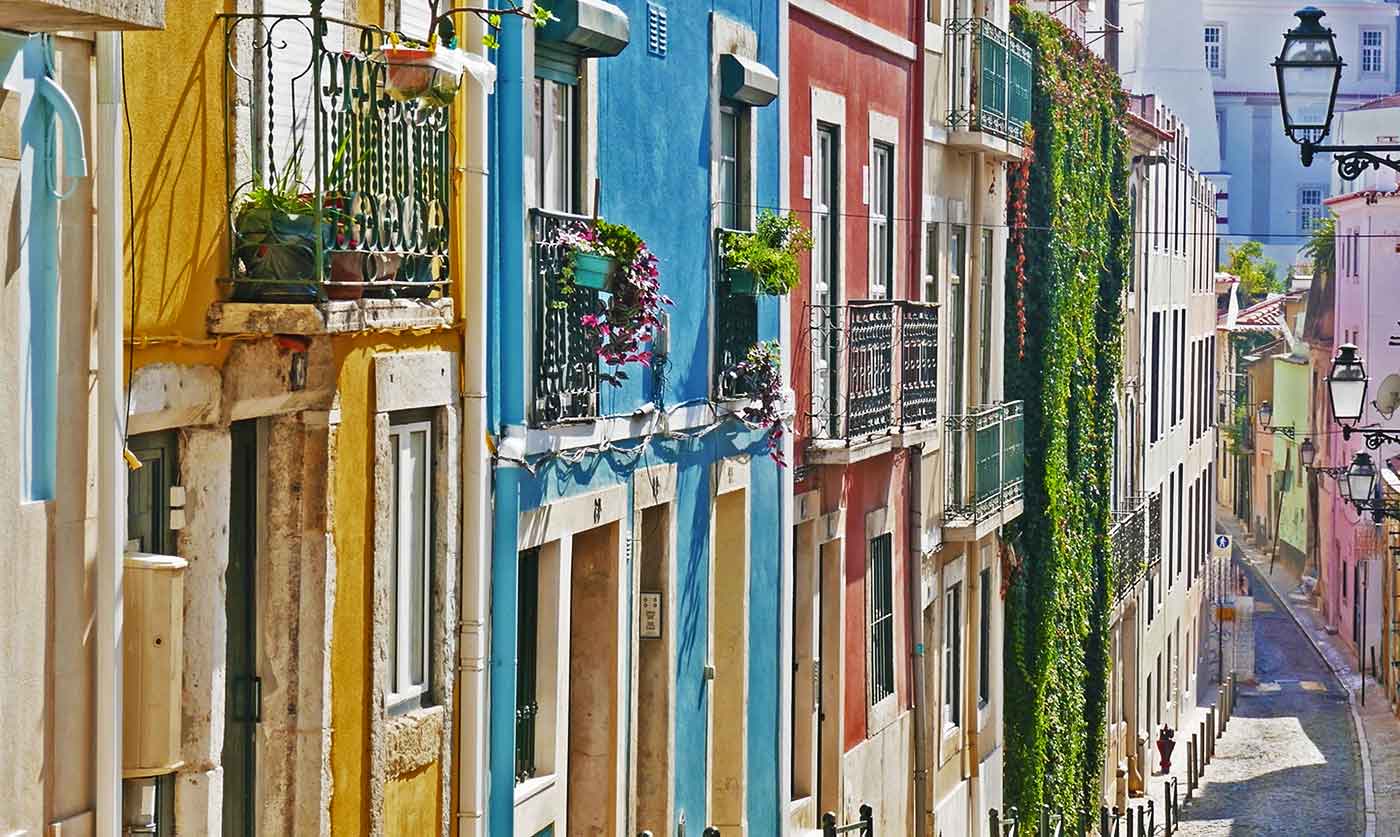 Few European capitals have an Old Town quite as charming and distinctive as Lisbon’s historic Bairro Alto, an area of narrow cobblestoned streets and striking buildings of great character.

Situated high above the capital’s bustling Baixa district in the heart of the city centre, this ancient and very traditional quarter retains much of its centuries-old residential atmosphere, with elderly people sitting peacefully in their doorways as their washing gently flaps overhead in the soft Atlantic breeze.

Laid out on a grid pattern in the 16th century, the Bairro Alto is considered one of the most Bohemian parts of the Portuguese capital and is an area that still exudes a lot of ambience from the days when its streets and alleyways would have resonated to the sound of street hawkers plying their wares and the piercing flute notes of the ubiquitous blade-grinder.

Besides being one of the city’s oldest quarters, and one that was largely unaffected by the great earthquake of 1755, it is a centre for night-life with many fine restaurants, trendy boutiques, a number of popular fado houses and lots of typical tascas, the latter of which can be loosely described as family-run taverns or informal dining establishments.

The Bairro Alto also harbours a host of top tourist attractions, chief amongst them the magnificent 16th-century church of São Roque, which is particularly notable for its splendid Baroque chapel (and museum) of St John the Baptist (Capela de São João Baptista).

Commissioned by King João V midway through the 18th century, this extraordinary chapel was designed and assembled in Rome before being dismantled, shipped and rebuilt at this same prominent location on the edge of the Bairro Alto after first being blessed by Pope Benedict XIII.

A short walk away lies the eerie but very majestic Carmo Church which dominates the Lisbon cityscape from its lofty perch on the eastern edge of the Bairro Alto. Half destroyed by the 1755 earthquake, its roofless edifice houses many interesting things to see, such as a fascinating archaeological museum and the tomb of the great military leader, Nuno Álvares Pereira.

Visitors can reach the Bairro Alto (indicated on the Google map below) using no less than three of Lisbon’s magnificent modes of public transport, namely the Glória and Bica funiculars and the amazing Elevador de Santa Justa that is generally considered around the world to be a masterpiece of early 20th-century engineering.

Before arriving at the Bairro Alto, it’s definitely worth spending some time at the Miradouro de São Pedro de Alcântara, one of Lisbon’s best viewpoints, in order to contemplate the immense scenic beauty of central Lisbon and all its landmarks with the help of a tiled map conveniently placed against the balustrade.

The Bairro Alto is adjacent to the Chiado, Lisbon’s most fashionable shopping district that’s easily accessible on foot from Rossio Square up the pedestrianised Rua do Carmo. Your first stop is for coffee at A Brasileira (once the favourite haunt of Lisbon’s top artists and politicians) before admiring the architecture around Largo de Chiado, an inner city hub that’s particularly vibrant in the early evening.

And if port wine is one of your favourite tipples, then a visit to the Solar do Vinho do Porto opposite the Glória Funicular terminus is an absolute must. Here you can choose from approximately 150 different wines from the demarcated region of the Douro in northern Portugal before heading up the road for a night-cap at Pavilhão Chinês, one of Lisbon’s most popular bars.