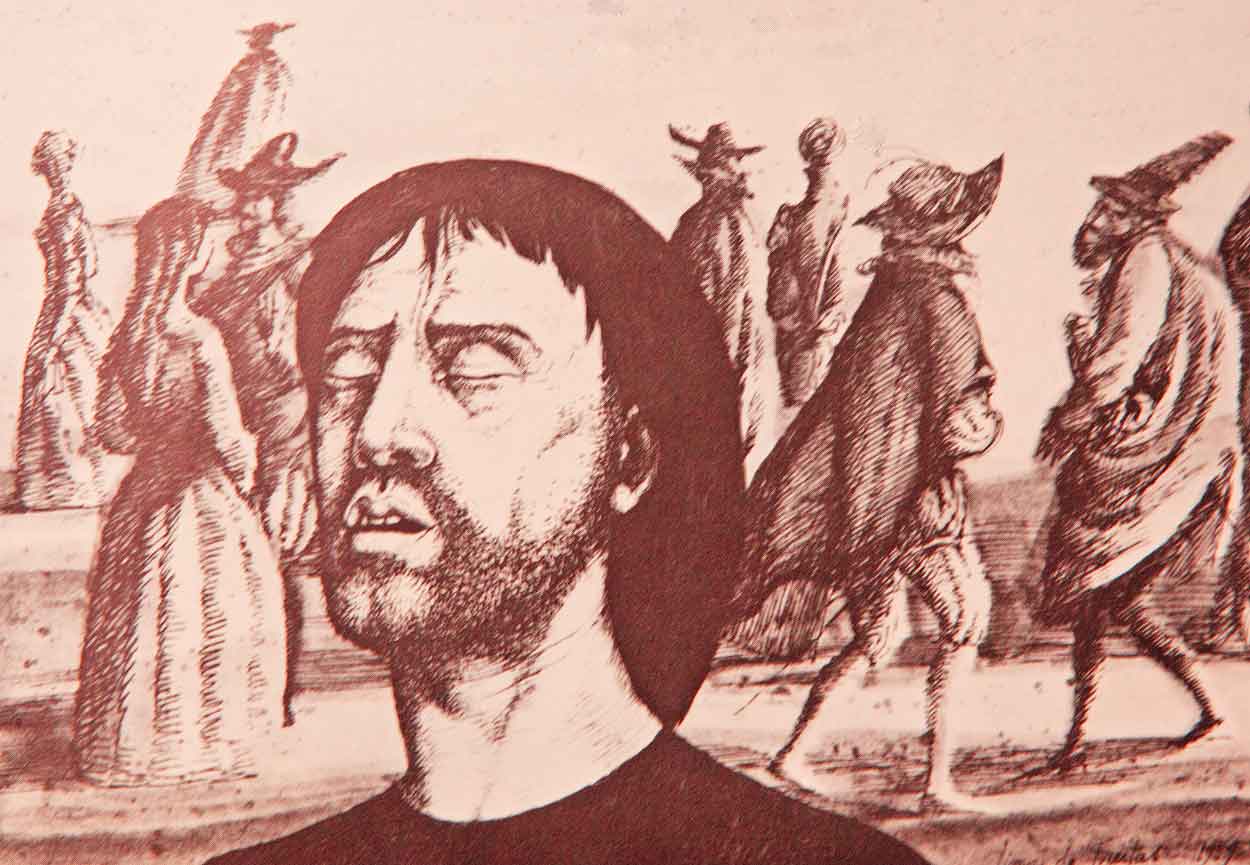 In 1572, Luís Vaz de Camões published his long-awaited poem, Os Lusíadas (The Lusiads), based on the hardships and adventures experienced by the great explorer, Vasco da Gama.

Considered a ground-breaking poem par excellence, it was the only work actually published during his lifetime and continues to be taught in schools and colleges up and down the country today.

With great grandeur and universality, Os Lusíadas serves to celebrate Portugal’s history in epic format. With closely structured but wonderfully fluid verse, it speaks for the modern world against the backdrop of his country’s vast empire stretching right across the globe.

What Portugal’s intrepid explorers achieved during the Age of Discovery is one of the great maritime wonders, a succession of admirable feats and astonishing achievements that helped drag the world out of the Middle Ages.

Inspired by classical literature but seasoned with a distinctly contemporary flavour, it consists of ten ‘cantos’ composed of eight-verse stanzas.

When Camões penned Os Lusíadas, Portugal ruled the seas and commanded a colossal empire that extended far beyond the Cape of Good Hope to the East Indies and the South China Sea, and many of the poem’s passages exude the pioneering spirit of Gama and his contemporaries;

‘So we ploughed our way through waters
Where none save Portuguese had ever sailed before.
To our left were the hills and towns of Morocco,
The abode once of the giant Antaeus;
Land to our right there was none for certain,
Though report spoke of it.
And now our course took us into regions and past islands
Already discovered by the great Prince Henrique.’

Having sailed extensively himself, his descriptions of the trials and tribulations undergone by Vasco da Gama and his crew at sea are stunningly vivid;

‘They now went sailing in the ocean vast,
Parting the snarling waves with crooked bills;
The whispering Zephyr breathed a gentle blast,
Which stealingly the spreading canvas fills.’

Gama’s voyage to India provided the poet with the perfect hero (protected by the goddess Venus and with Bacchus the feared adversary), but the perils that confronted the great explorer were extreme, especially in the turbulent waters around the Cape of Good Hope;

‘This know: as many ships as shall persevere
Boldly to make the voyage you make now,
Shall find this point their enemy for ever
With winds and tempests that no bound shall know.’

Camões himself lived a life of adventure beyond compare having succumbed to the lure of the sea at an early age.

Born in Lisbon in 1524 (presumedly), he was of middling height, thickset and full-faced. Lively and witty, he was a fluent conversationalist and enjoyed his bright college years at Coimbra University, one of the world’s oldest learning institutions.

As a young man he fought in Morocco and paid with the loss of an eye. He was later imprisoned in Lisbon for his part in a street fight before being released on condition that he served King João III in India.

He took part in military expeditions up the Malabar Coast and to the Red Sea and was again imprisoned before being struck down by illness in Mozambique and later shipwrecked on his way back from Goa. In 1556 he sailed much further east by way of Malacca and the Molucca Islands to Macau where a grotto now bears his name.

After the release of Os Lusíadas, his reputation began to spread but Camões died in relative poverty in Lisbon on the 10th of June 1580, the same year that Portugal lost its independence to neighbouring Spain.

To this day, Os Lusíadas remains a true product of its age, a pioneering portrayal of the Portuguese soul. A first edition of his epic poem is held in the library of Mafra Palace and his body rests at Jerónimos Monastery (indicated on the Google map below) in Belém, right opposite Vasco da Gama.