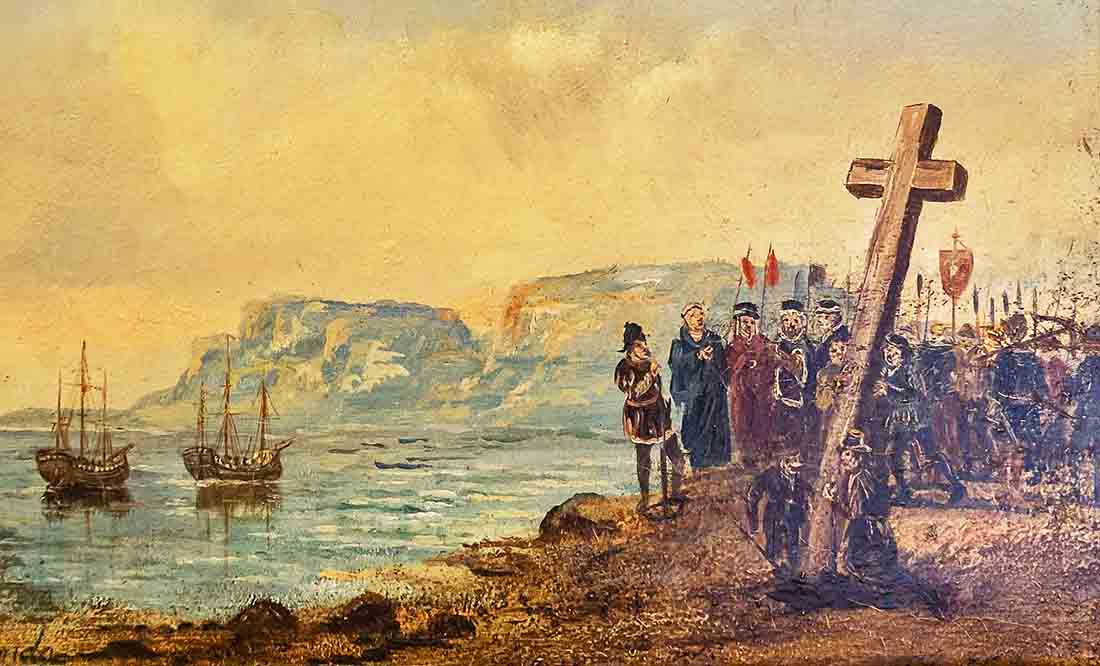 Bartolomeu Dias arrives at the cape

The flurry of Portuguese maritime activity orchestrated by Prince Henry the Navigator in the 14th and 15th centuries culminated in the Holy Grail of seafaring achievements when an unknown sea captain bravely steered his wooden caravel around one of the world’s most fearsome and nautically challenging promontories.

Portuguese expansion into the Atlantic reached new heights in 1488 by the great expedition to the Cape of Good Hope, which was commanded by Bartolomeu Dias (c 1450–29 May 1500). His mission was commissioned during the reign of King João II, who paid Dias an annuity of 6,000 reais for his services.

Not much is known of the mariner’s experience in tropical waters; in fact, very little is known of Dias’ early life at all. But in August 1487 he set out with two exploring caravels (both light enough to be beached) and a bulkier store ship carrying provisions and a tempting selection of trading goods.

He also transported three large (and very heavy) stone crosses (known as padrões) with which to claim yet more territory on the African mainland for the Portuguese crown.

His primary target was the vast desert coastline of Namibia beyond the waters of Angola, which had previously been charted by Diego Cão, another of Portugal’s ground-breaking navigators during the Age of Discovery.

Dias sailed on towards the greener coast around the southern tip of Africa, which suddenly turned eastward and at Bushman’s River, some 800 kilometres east of the Cape of Good Hope, the pioneering explorer decided to turn for home after planting his first stone cross (padrão) on the 12th of March, 1488.

On the homeward journey, Bartolomeu Dias anchored his ship on the 6th of June (St Philip’s Day) and planted his second stone cross (arguably the most famous landmark of his voyage) right on the Cape of Good Hope itself. He mounted the third and final stone pillar in the Namibian bay of Luderitz.

The success of the mission secured Dias his place in the history books and he finally arrived back in Lisbon in December 1488 after an epic, pioneering voyage covering 6,000 leagues and lasting almost a year and a half.

It was nine years before the new Portuguese king, Manuel I, managed to raise sufficient resources of men and ships to attempt another rounding of the cape. This time it was Vasco da Gama who completed the task begun by Bartolomeu Dias by opening up the first sea route to the East when he arrived in Calicut, India, on the 20th of May, 1498.

Dias contributed to the design and construction of two of the ships used by Vasco da Gama – the São Gabriel and its sister ship, the São Rafael – to sail around the cape and continue on to India.

Dias himself was called back to royal service and appointed to open a gold trading factory at Sofala, a province of Mozambique in south-eastern Africa.   He was then chosen as one of the captains of the second Indian expedition headed by Pedro Álvares Cabral, the first European to reach Brazil on the 22nd of April, 1500.

Sadly, during a bout of terrible weather, Bartolomeu Dias perished when captaining his ship near the Cape of Good Hope (which, somewhat ironically, he had previously named the ‘Cape of Storms’) on the 29th of May that same year.

Standing proud in the Kwaaihoek Bushman’s River Mouth, the Dias Cross Memorial is a piece of maritime history and a magnet for tourists (particularly those of Portuguese descent) visiting the Cape of Good Hope and other parts of South Africa’s enchanting southern shoreline.