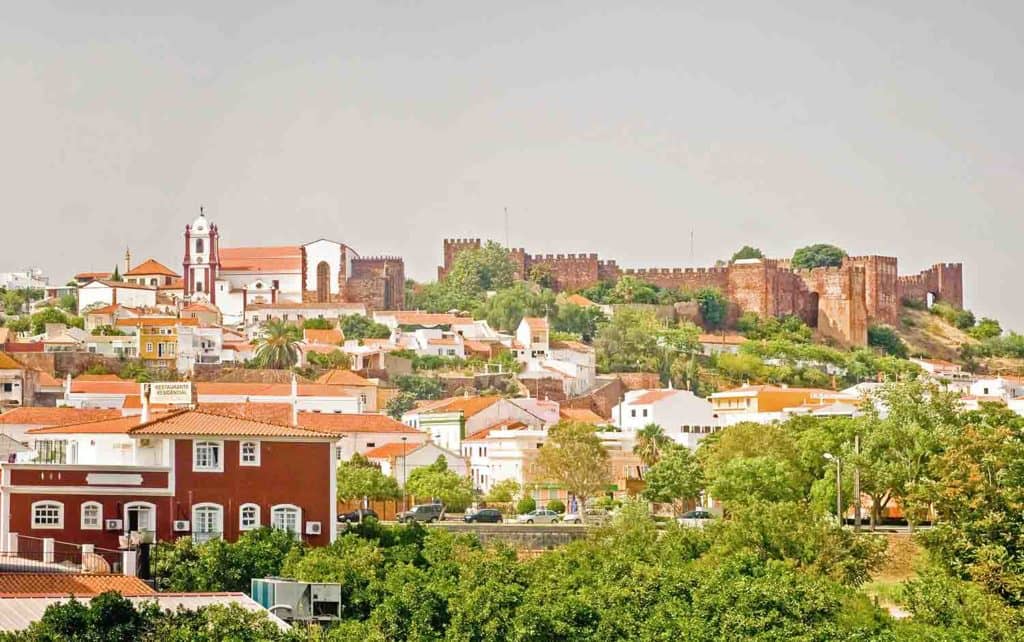 Silves has one of the best-preserved castles in Portugal

Once a rich and powerful city, Silves today is a sleepy town lying in the foothills of the Serra de Monchique mountains in the western Algarve.

Believed to have been founded by the Phoenicians, its cathedral and striking red sandstone castle remind visitors of its rich and industrious Moorish past, which came to an end after a three-month siege led by King Sancho I in 1189.

In the days of the Moors, Silves was known as Xelb, capital of Al-faghar, the Moorish province of the Algarve. Its population of 30,000 ‘spoke pure Arabic, wrote poetry and were elegant in manner and speech’, according to the Arab chronicler Idrisi.

Silves boasts one of the best-preserved castles in southern Portugal. Built on the site of the 11th-century Palace of the Verandahs, its turreted walls dominate the town and provide panoramic views over the surrounding countryside.

Built on the site of a former mosque, the town’s 13th-century Gothic cathedral contains a number of Crusader tombs and a jasper statue of Nossa Senhora da Conceição, which is believed to date from the 14th century.

Some 10 km north-east of Silves is the Barragem do Arade, one of the Algarve’s main reservoirs. Visitors to this peaceful spot can swim, enjoy a picnic or hire a canoe for the afternoon.

Nearby, São Bartholomeu de Messines is a quiet country town with an old parish church. Alte, located 28 km east of Silves, is widely described as the prettiest village in the Algarve. It is also famous for its lively Saturday market and folk-dancing traditions.

Eroded into natural tunnels, arches and grottoes, the cliffs at Ponte da Piedade 3 km from Lagos offer a marine fantasy world for people visiting the region.

A long drive west of Lagos is Sagres, a town best known for its associations with Prince Henry the Navigator, whose single purpose was to spur men to discover Africa, India and the Far East.