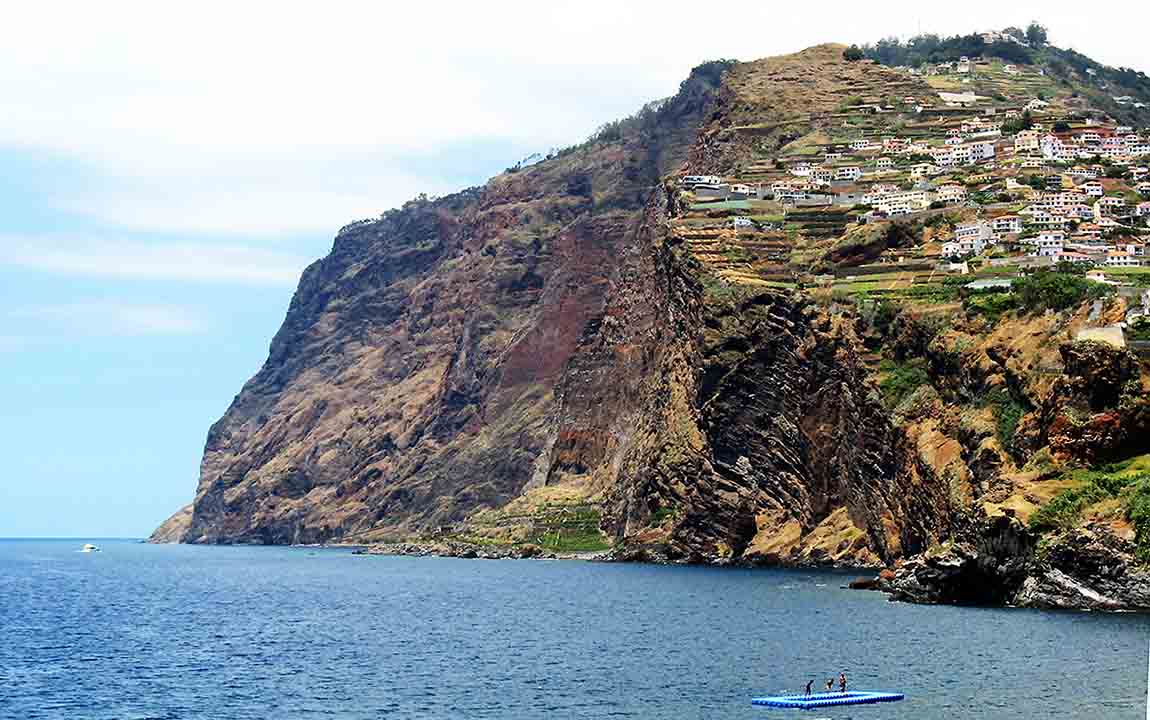 Cabo Girão is one of the world's highest sea cliffs

One of the highest sea cliffs in the world is Cabo Girão, a rugged headland that looms menacingly over Madeira’s southern shoreline, just 15 km west of the island’s capital, Funchal.

Peaking at a dramatic 589 metres (1,933 feet) above sea level, this lofty, head-spinning promontory is a regular stopover on sightseeing tours of the island and a popular starting point for hikers.

At the top of the cliff is a glass walkway (otherwise known as a skywalk) which affords breathtaking views straight down to the crashing waves and rocks below, so sufferers of vertigo be warned! Opened in late 2012, the Cabo Girão Skywalk is the loftiest of its kind in Europe and similar to the one at the Grand Canyon in the USA.

Visitors gazing down can only marvel at the sheer determination of the sure-footed farmers tilling the land on their tiny terraces. Fertile soil on Madeira is a rare commodity and even precariously-located parcels of land such as those on Cabo Girão must be utilised and farmed to best effect.

On a clear day, the views east from the top of Cabo Girão extend well beyond the city of Funchal, stretching all the way to the eastern end of the island.

For visitors heading west, the road continues through fertile terraces and lush banana plantations before descending abruptly to the pretty village of Ribeira Brava at the foot of the cliff.

Opened in 2003, a cable-car connecting Sítio do Rancho with Fajãs do Cabo Girão offers splendid vistas of the sea cliff and tiny farmers’ terraces, with welcome refreshments available at a modern bar and restaurant.

Located just to the east of Cabo Girão lies Câmara de Lobos, a quaint little fishing village once favoured by the great statesman, Sir Winston Churchill, who frequented the harbour area to depict the beauty of the surrounding land and seacapes on canvas.

Other must-see natural attractions on the Atlantic island of Madeira include Pico Ruivo, Madeira’s highest peak, and Curral das Freiras (Nun’s Refuge), a deep valley circled by jagged mountains and so-called because of the nuns who fled there when pirates attacked Funchal in 1566.

Another highlight is the ancient laurel forest that exists in northern and central parts of the island. Covering 15,000 hectares of protected area, the floresta laurissilva (as it is known in Portugal) is believed to consist of up to ninety per cent primary forest and provides a natural habitat for many endemic species, including the emblematic Madeiran long-toed pigeon.