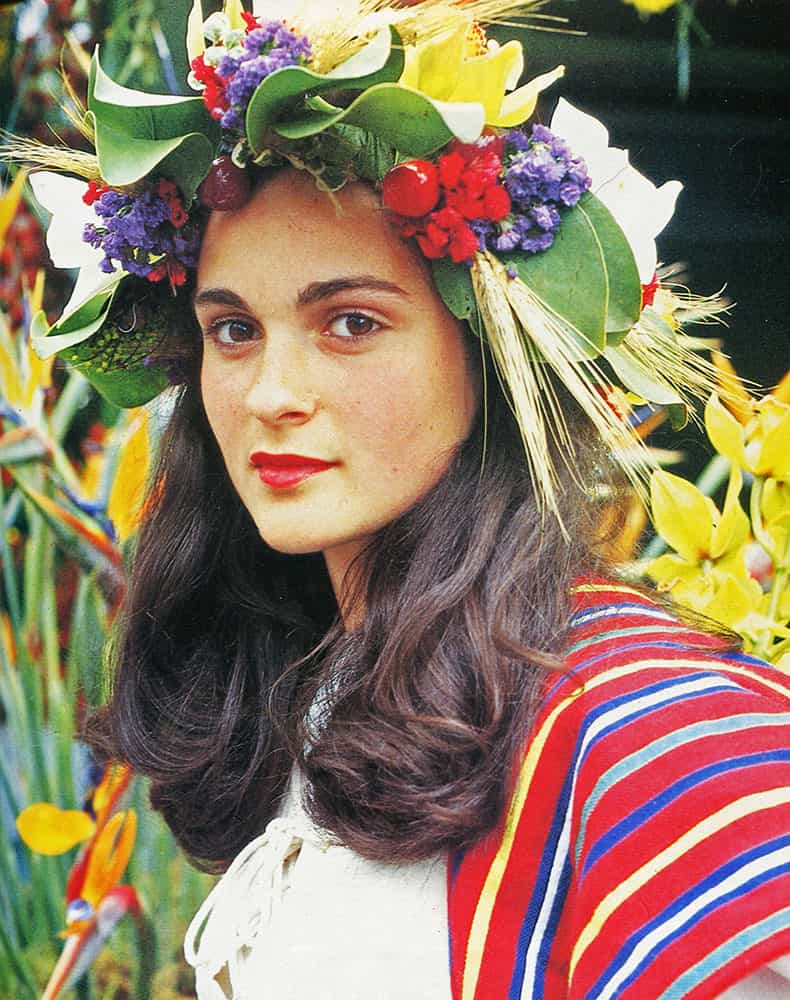 With its tilting terrain and subtropical climate, Madeira’s flower power ranges from orchids tottering on three-foot-long stems and bougainvillea in bursting shades of red and purple. Delve deeper and you’ll find frangipani, an icon of the tropics, roses and carnations of all colours, bird-of-paradise flowers (strelitzia reginae), lilies, geraniums and the indigenous blue Madeiran pride.

It’s easy to echo the sentiments of Captain James Cook who visited the island in 1768 during his voyage around the world. He was so overwhelmed that he described Madeira as the ‘recipient of Nature’s most liberal gifts’ and botanists on board his ship HMS Endeavour collected a great number of specimens during their visit, as they did again when he returned to the island four years later.

In fact, Madeira owes much of its magnificent plant life to other lands, namely the brilliant bougainvillea and jacaranda trees (both from South America) with their ocean-blue spring blooms, while the tall silk oaks displaying their gloriously dark yellow flowers in May are natives of far-flung Australia. From South Africa, the iconic bird of paradise boasts a magnificent orange bloom set on a sturdy stem.

Another island favourite and native to Colombia and Ecuador is the flamingo flower (Anthurium andraeanum), a highly ornamental plant that blooms from April to October and is cultivated naturally in sheltered spots across Madeira.

Also very popular is the orchid (cymbidium hybridum) which grows in great numbers all over Madeira. In season from February to May, each plant carries a number of flowers, some of pure white and others with shades of pale yellow through to a deep reddy-brown.

Funchal’s Botanical Gardens provide the ideal setting in which to appreciate the sheer abundance of Madeira’s flowers, trees and plants. Beautifully laid out in the grounds of an old country house, visitors can marvel at the extravagant terraces of tropical flowers and more delicate varieties reared in the many on-site greenhouses.

Terrace farming is another true wonder of nature on the Atlantic’s ‘floating garden’, a description often attributed to the archipelago by tourist brochures over the years. Despite the benefit of having such rich volcanic soil, there’s very little level ground on Madeira so hillside terraces need to be cultivated, many of which are perched precipitously on cliff edges.

The problem of irrigating the island’s drier south side was overcome by installing an extensive network of water channels known locally as levadas which are ingeniously designed to bring water down from the wetter north by tunnelling through the highest of the mountains and along the many mountain paths.

Visitors to Madeira in April or May have the chance to appreciate the island in all its floral splendour during the annual Flower Festival (Festa da Flor), a three-day event that celebrates the region’s botanic abundance with flower-decked floats and a parade of 2,000-plus children dressed in pure white and carrying blossoms they later piece together to create a floral Wall of Hope as a symbol of world peace.