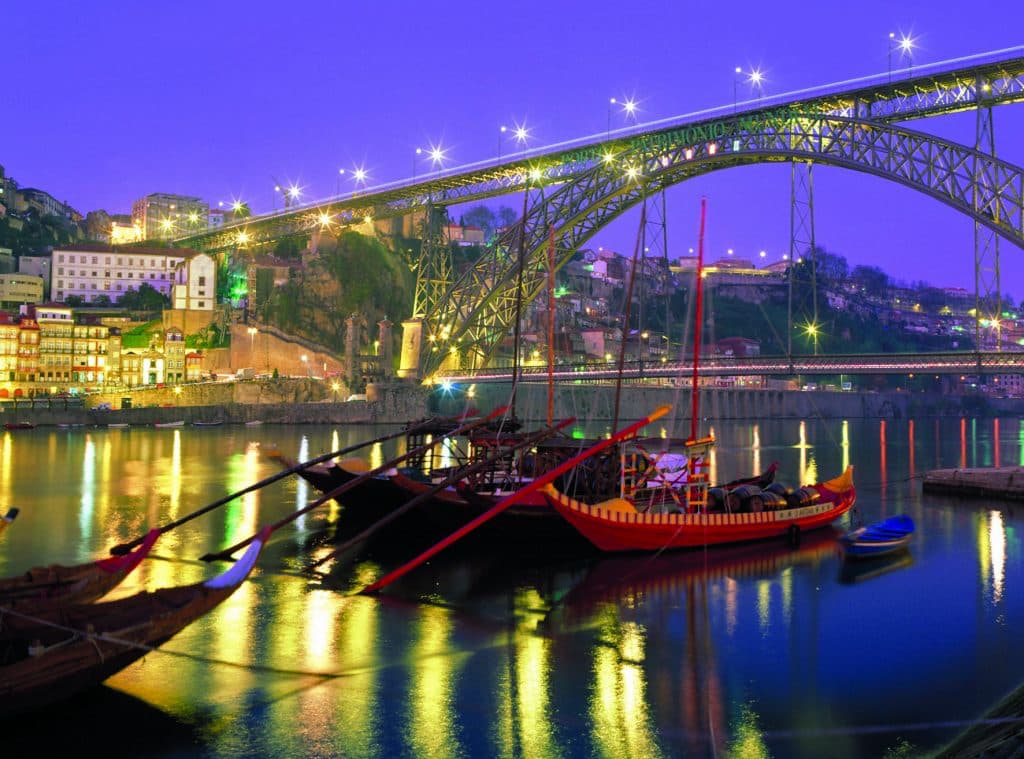 Porto is best-known for its port wine

Rich from centuries of trade, the ancient city of Porto is as much a cosmopolitan centre as it is a place steeped in the historical events of the past.

Best-known today for its striking bridges and the much-celebrated port wine, it was originally called Portucale under the Suedes and became a bishopric under the Goths before being conquered by the Moors in 997 under El Mansur.

This gracious capital of the north is Portugal’s second-largest city and a thriving industrial hub, successfully blending commercial efficiency with an atmosphere of unpretentious charm.

Magnificently situated on the great gorge of the River Douro, which spills into the Atlantic after its scenic 927 km journey from Spain, the ‘granite city’ is best known for its strong, sweet wine, appreciated by connoisseurs all over the world.

Classified as a UNESCO World Heritage Site in December 1996, the ancient Ribeira riverside district is a warren of narrow, twisting streets and shadowy arches. UNESCO was impressed by its immense patrimonial importance and value, stating that Porto’s ‘historic centre, built along the hillsides overlooking the mouth of the River Douro, forms an exceptional urban landscape with a thousand-year history’.

Porto boasts several key attractions, most notably the 12th-century Sé Cathedral, once a Romanesque building, and the magnificent São Francisco Church with its striking gold-encrusted interior. The Convent of Santa Clara also boasts one of the richest interiors in Portugal; the church and especially the high altar is a golden glory of carved woodwork.

Constructed in the 12th century, the little Romanesque church of São Martinho da Cedofeita is the oldest in the city. Some historians date the church from the 6th century, due to a tablet over the door attributing it to Theodomir, king of the Visigoths.

Crossing the spectacular two-tiered Dom Luís I bridge brings you to Vila Nova da Gaia, the true home of port wine. Here, visitors can tour the world-famous lodges bearing familiar names like Taylor’s, Grahams, Cockburns and Sandeman. The highlight of the tour is the obligatory wine-tasting session at the end.

The thriving fishing towns of Matosinhos and Leça da Palmeira to the north of Porto boast some of the best fish and seafood restaurants in Portugal.

Travelling south and within easy reach of the city, visitors to the resort town of Espinho are promised a relaxing beach-side setting with hotels, discotheques and a first-class casino.

To the east of the city, the majestic River Douro has been linked with the city’s fortunes since time immemorial, weaving a path through Portugal’s rugged interior from its source in the mountains north-east of Madrid. The striking landscape of the Douro Valley can be enjoyed by boat, car or train, passing en route many of the famous port wine-making vineyards and some of the most picturesque villages in Portugal.