Without doubt one of Europe’s most astonishing cityscapes, Porto’s old quarter, with its thick flagstones and delicately-moulded façades, is attracting a fast-growing number of culture-hungry tourists.

Firmly set on the hillsides overlooking the mouth of the River Douro, the origins of this ancient district go back thousands of years when Phoenician merchants moored their vessels at the quayside to trade with incumbent Celtiberian Lusitanians.

Today, this gracious capital of the north is Portugal‘s second-largest city and a thriving industrial hub, successfully blending commercial efficiency with an atmosphere of unpretentious charm.

Flanked by an arcaded walk containing shops and restaurants built into the old city wall, the historic heart of the city is a warren of narrow, crooked alleyways worn smooth by countless generations. Along with two of the original gates, some remains of the city’s 12th-century ramparts erected on Roman foundations can still be seen today.

UNESCO was so impressed with its patrimonial importance that it classified this part of downtown Porto as a World Heritage Site in 1996, stating that the city’s ‘historic centre, built along the hillsides overlooking the mouth of the River Douro, forms an exceptional urban landscape with a thousand-year history’.

Like all old cities, Porto is best explored on foot, starting with a leisurely stroll through the narrow streets surrounding the house where Henry the Navigator was born on the 4th of March 1394. His birthplace stands in the shadow of the cathedral where his English mother, Philippa of Lancaster, married King João I seven years previously.

The ancient streets clustered around the cathedral add to the district’s  immense old-world charm, bearing names like Scabbardmaker’s Street, Dark Street, Chestnut Street, Whirlwind Street and the Streets of Pelt.

Deep within the labyrinth of this quarter, the 17th-century Igreja dos Grilos (Church of the Crickets) is one of the earliest examples of Baroque architecture in Portugal.

Other must-see attractions in Porto’s historic square-mile include the most ornate church in the city, the Gothic-style Igreja de São Francisco, which is richly decorated with elaborate gilded wood-carvings dating back to the 17th century. Originally commissioned by Franciscan monks in 1383, it is one of the finest pieces of ecclesiastical architecture in the whole of southern Europe.

Nearby, the magnificent stock exchange building known as the Palácio da Bolsa is also worth seeing for its grand neo-classical façade and exquisite Arab Hall, a fine imitation of the great hall of the Alhambra in neighbouring Spain.

One of Porto’s most iconic structures is the Dom Luís I bridge which has been tirelessly serving the city since its inauguration in 1886. Besides its fine wrought-iron lattices, the bridge is notable for its two carriageways, the lower one used for regular traffic and the higher one catering for a quick succession of Metro trains darting in and out of the city.

This unique two-tiered bridge stands on the site of the floating bridge that collapsed with tragic consequences in 1809, an event commemorated by a blackened bronze that marks the spot where thousands of people tried to flee from Napoleon’s forces in panic whilst attempting to cross the river. It collapsed and hundreds perished in the icy waters, but recorded on the bronze relief for posterity is the fact that the French grenadiers tried to rescue many of the drowning men, women and children.

Raise a glass to them when visiting the Port wine lodges on the south side of the River Douro, many of which are centuries old and bear some of the most famous names in wine-making, such as Taylor’s, Grahams, Cockburns, Croft and Sandeman. 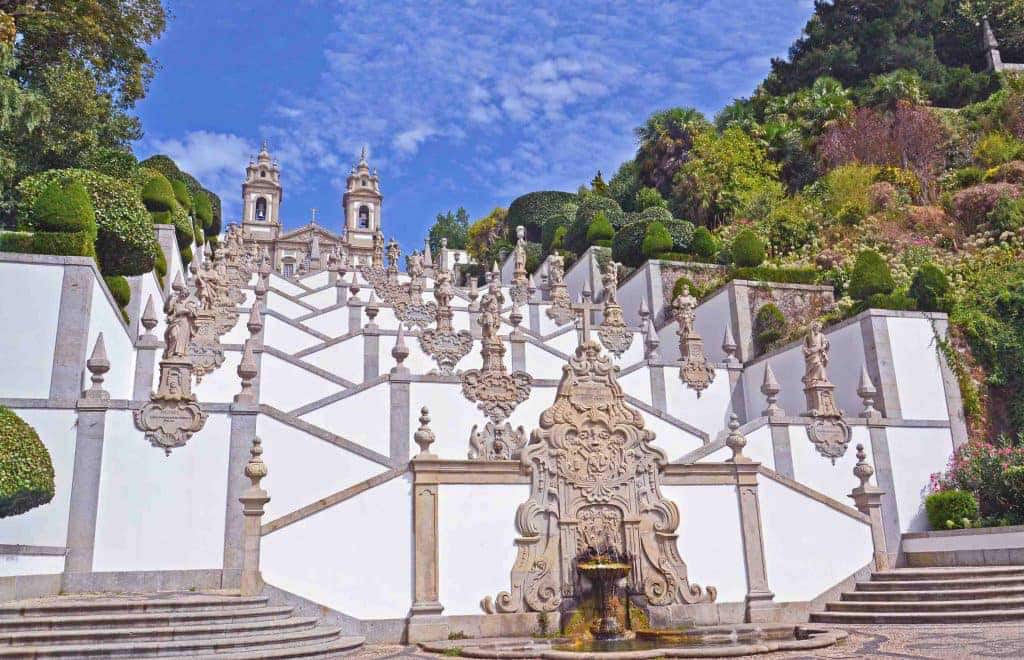 The Hilltop Shrine of Bom Jesus 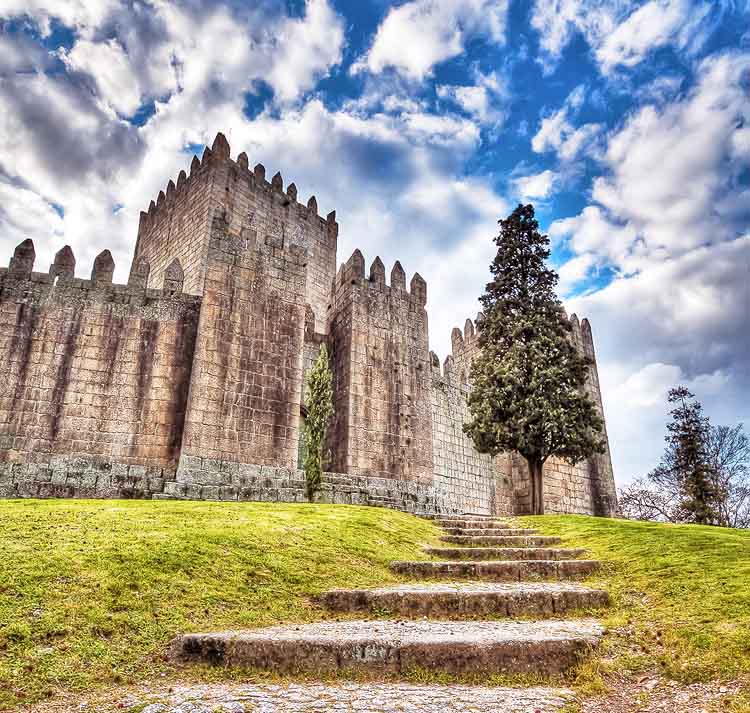 The City of Guimarães