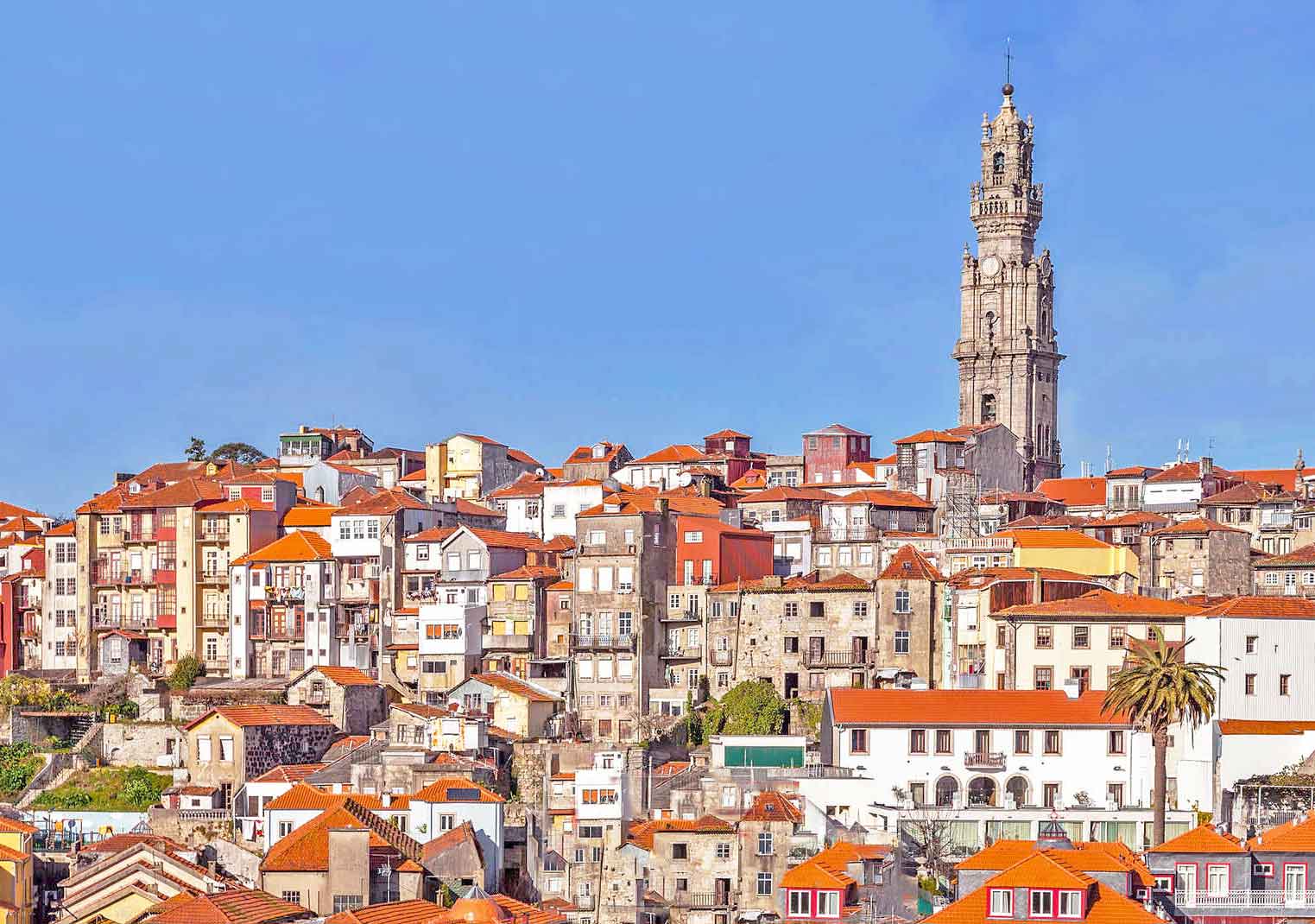 Clérigos Tower is a Porto landmark

Located in the heart of the northern city of Porto, the magnificent Church of the Clerics (Igreja dos Clérigos) is one of Portugal’s most striking architectural landmarks.

Flanked by the iconic Torre (Tower) dos Clérigos, the church was built over a seventeen-year period between 1732 and 1749 by the renowned Florentine architect Nicholas Nazzoni, who later became known as Nicolau Nasoni after settling in Portugal.

In the early years of his career, Nasoni used these motifs in the frescoes he painted and later started translating them into stone on some of the buildings he designed.

Clérigos Church was the first oval church to be built in Portugal and draws heavily on the Italian baroque of the 17th century. Another rare feature is the gallery that surrounds the entire nave which gives visitors the chance to appreciate the whole of the church’s impressive interior.

The church has many other key features, including a marble altar and rococo-inspired altarpiece, as well as two painted wooden sculptures of St Peter ad Vincula and St Philip Neri, both saints of the Brotherhood of the Clerics.

In 1753, four years after the church was concluded, Nasoni presented a project to build a bell-tower, the construction of which began the following year.   Unusually sited at the far end of the church rather than over the main door, the eye-catching Torre dos Clérigos was officially inaugurated in July 1763 and has since become the most striking emblem of Porto.

Classified as a national monument in 1910, along with the church to which it is attached, the tower is built of granite with rococo flourishes and stands over 75 metres high, making it the tallest of any church tower in Portugal. Reachable by climbing up the 225 granite steps, the top of the tower features a wonderful viewing platform offering fine city views.

Indeed, visitors are richly rewarded with a head-spinning 360-degree panoramic vista over the densely packed roofs of the old town, stretching past Porto Cathedral and the bend in the River Douro out towards the Atlantic Ocean.

At the time of its construction, when the quay on the River Douro was the inner city’s only point of embarkation, the tower served as an important navigation landmark.

Besides enjoying all the architectural splendour of Clérigos Church and its impressive tower, visitors can take a tour of the Casa da Irmandade (House of the Brotherhood), a fascinating museum depicting the daily life of the Brotherhood of the Clerics in the mid-18th century.

There’s much to see in the Clérigos Museum, including many items of considerable artistic value (rare sculptures, paintings, furniture, jewellery, etc.) from the 13th to the 20th centuries, which form a large part of the Brotherhood’s historical and cultural heritage.

Besides Clérigos Church and Tower, Nasoni collaborated on several other important projects in the city of Porto and its environs, including the loggia of the nearby Porto Cathedral, the church of Bom Jesus (a lovely baroque church in Matosinhos just north of Porto), the Palace of Freixo and the central part of the famous Solar de Mateus featured on the label of Mateus Rosé wine bottles.

When he died on the 30th of August 1773 (aged 82), Nasoni was buried (at his request) in an unmarked tomb in the crypt of Clérigos Church, which along with the church, tower and museum can be visited by all those who appreciate his remarkable style of architecture.