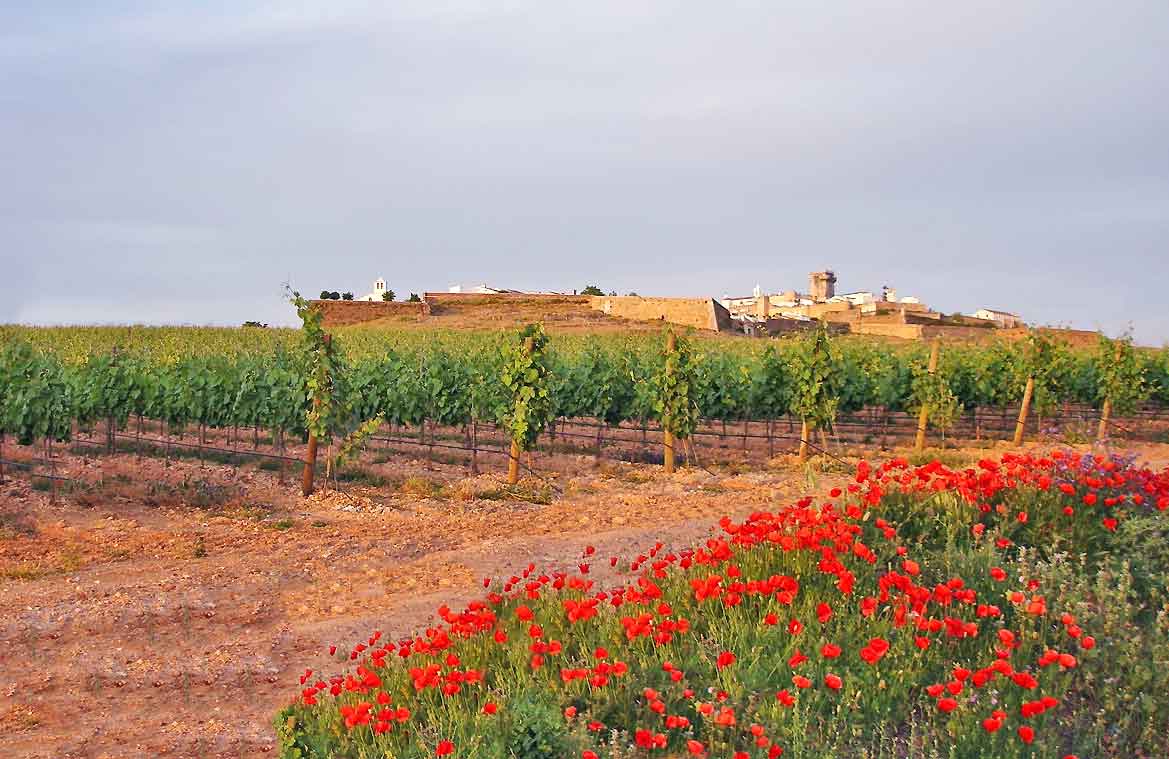 Rising conspicuously from the vast open plain, about an hour’s drive north-east of Évora, the lovely town of Estremoz is one of the most rewarding places to visit in Portugal’s picturesque Alentejo region.

Long, straight Roman-built roads run into this peaceful, pleasant town through great gateways piercing the 17th-century fortifications that were originally built and regularly strengthened to defend the city from successive Spanish invasions.

Located in the centre of Portugal’s most prolific marble-quarry region, Estremoz is immediately recognisable for its imposing 13th-century fortified tower that dominates the entire landscape and can be seen from miles around.

Strategically positioned on a hilltop, this bustling agricultural centre has many stories to tell about Portugal’s long and chequered history, especially in relation to the country’s 771-year-long monarchy.

Right in the heart of town lies the magnificent royal palace where the medieval kings of Portugal held court through one of the nation’s most volatile periods, with Queen Isabel and King Pedro I (Inês de Castro’s lover) both dying within its ancient walls in 1336 and 1367, respectively.

Estremoz actually has two lines of fortifications, the first dating from the 13th century and the second added during the Portuguese Restoration War (1640-48) when the town was the base of several decisive military campaigns against Spanish forces, including the famous Battle of Ameixial fought a few kilometres away.

The medieval upper town is set within sturdy ramparts and dominated by the 27-metre-high grey marble keep called the Torre das Três Coroas (Tower of the Three Crowns), so-called because it was built during the reigns of three kings, namely Sancho II, Afonso III and Dinis I.

With corner balconies from which boiling oil was poured on attackers, this iconic keep was the main defensive feature of what was once one of the Alentejo region’s most formidable castles, which today’s historians generally consider to be among the finest surviving pieces of medieval military architecture in southern Europe.

Now an upmarket hotel, the adjoining castle and royal palace was built for Dona Isabel (wife of King Dinis) who maintained devout habits throughout her life, founding several orphanages and other charitable establishments whilst helping the sick and the poor whenever possible.

In the palace’s tiny chapel of Santa Isabel, visitors can marvel at a series of original 17th-century azulejo tile panels depicting the life (and miracles) of the Holy Queen, who was canonised by Pope Urban VIII in 1625, almost three centuries after her death.

The narrow, cobbled streets leading down from the castle are lined with little shops and boutiques selling marble items and exquisite hand-made pottery, a local product renowned for its distinctly red colour and life-like figures representing daily events in the idyllic Alentejo region.

Lined with houses of bright white stucco and moon-coloured marble, the great squares of the lower town (particularly the largest one known as Rossio) give visitors a contrasting impression of open space and urban brightness enhanced with a delightfully medieval twist.

Built in 1539, the church of the Misericórdia located on Rossio was once a convent of the Knights of Malta and today is notable for its charming Gothic cloisters. Nearby, a fine 17th-century building now functioning as Estremoz Town Hall was another convent dedicated to St Philip of Nery (a local bishop) whose life is beautifully depicted in some of the old azelujo tiles adorning its walls.

The street-level galleries of Estremoz’s municipal museum showcase an impressive display of little clay figures called bonecos which were added to UNESCO’s Representative List of the Intangible Cultural Heritage of Humanity in 2017. The museum also features a very authentic reconstruction of a typical Alentejan country kitchen.

Besides its striking 14th-century castle, visitors to Évoramonte a few kilometres south of Estremoz can see the place where King Miguel I abdicated and thus abandoned all claim to the Portuguese throne by signing the Concession of Évoramonte on the 26th of May, 1834.

The charming wine town of Borba to the east of Estremoz is well worth visiting for its late 16th-century church of São Bartolomeu (which is full of marble treasures) and the convent of Servas featuring a large double-renaissance cloister set around an old fountain.

Estremoz also provides easy access to the so-called ‘pottery towns’ – most notably Redondo located 25 km (16 miles) to the south – where the fine art of pottery-making stretches back several centuries and is kept alive by dozens of local artisans today.